The elegant Hotel Club Frances, a member of the Preferred Hotel Group, has been a cultural landmark in Buenos Aires since 1866. Today, the French Club doubles as a 28–room boutique hotel with a classy antique cocktail bar, refined service, a noteworthy art collection, and opulent suites that rival the Belle Époque–style accommodations at the nearby Alvear Palace. Steps away from the city's most glamorous avenue, Hotel Club Francés is a sophisticated urban refuge for Francophiles. 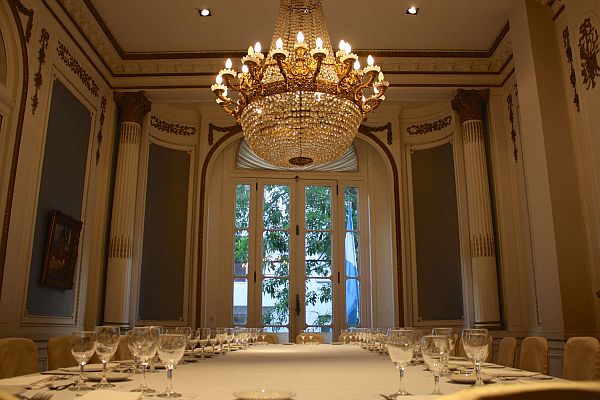 If you've never heard of Buenos Aires' Club Francés, there's probably a good reason: you're not a member of the city's literary elite, nor a close personal friend of the French ambassador to Argentina. But you know who has heard of Club Francés? Jorge Luis Borges, for one, and Octavio Paz, and Mario Vargas Llosa — all delivered lectures here. Then there's the Nobel Prizewinner Anatole France, the great landscape architect Charles Thays, the Duke of Windsor, Edward VIII, and the aviator who dreamt up The Little Prince, none other than the legendary Antoine de Saint–Exupéry. 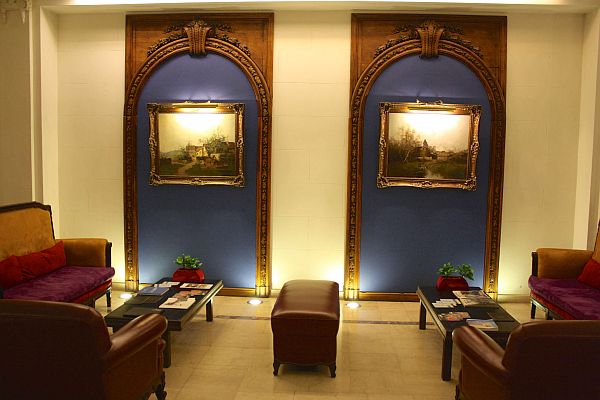 That's not even a full list, but just a few of the names of notable figures who've passed through the French Club since its founding in 1866. Nearly a century and a half later, the historic space still functions as a private club, but a 28–room hotel has been built up around it—a fact that makes a stay here a little more dynamic than your typical hotel stay.

On the evening I checked in, for example, the front desk staff informed me that a French dignitary was hosting a dinner onsite. Curious, I wandered up the dramatic marble staircase — admiring the wrought–iron railings, antique stained–glass ceiling, and a massive oil painting framed on the wall — to take a peek at the glittering salons where tables were being set. There's the Boisserie, with its old–fashioned oak mantel, and the Gold and Silver rooms, complete with gilded chandeliers and gleaming brass fireplaces. Indeed, it's a place that's fit for the likes of Borges and Saint–Exupéry. 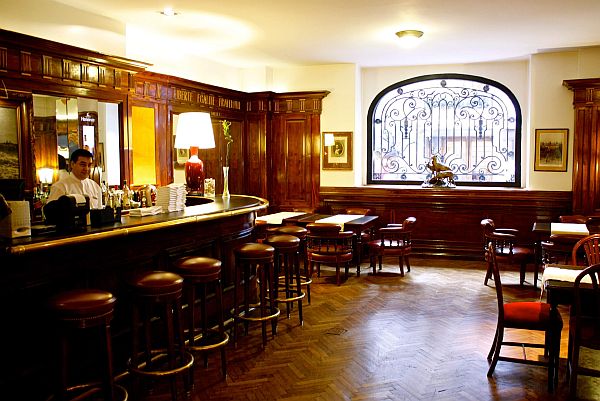 After such a grand introduction to the building and its historic significance, it's not surprising to discover that rooms and suites are spacious and well–appointed. Double Twin and Superior Rooms have a more contemporary look. Suites, on the other hand, which are about half of the hotel's 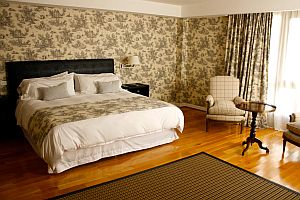 accommodation options, are delightfully old–fashioned in style. The Executive Deluxe Suite, decorated with rich drapery and decorative Belle Époque–style furnishings, features a separate sitting area with an antique sofa and French–style tapestry chairs. The marble bathroom, though, is thoroughly contemporary, large and sleek with a Jacuzzi, a private sauna, and yerba mate–infused bath products. Those are a playful wink to Argentinian culture in a hotel that seems more Parisian than porteño.

Considering that the Hotel Club Francés is only a few years old, and not particularly well–known, it's worth noting that Executive–level suites are very much on par with suites in a similar category at the famous Recoleta district institution Alvear Palace a few blocks away. Even more opulent are two Luxury Suites: one has a private terrace measuring 100 square meters (more than 1,000 square feet). 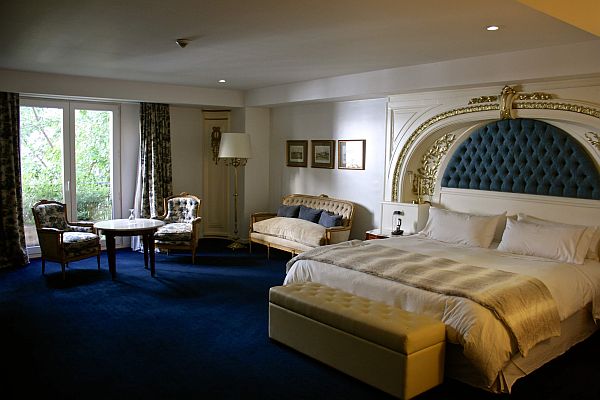 Size matters, of course, but in the world of luxury hotels, it's often the little things that make the difference. At Club Francés, turndown service means decadent chocolate truffles left on the bedstand atop a vintage–inspired card wishing you Bonne Nuit, and breakfast in bed is complimentary, should you so desire. Ordering room service would, however, deprive you of the pleasure of breakfast in the hotel's glass–roofed, sunlight–drenched winter garden, where the la carte menu includes an impressive range of complimentary gourmet options, from poached eggs and pain au chocolat to cappuccino and fresh–squeezed juices. 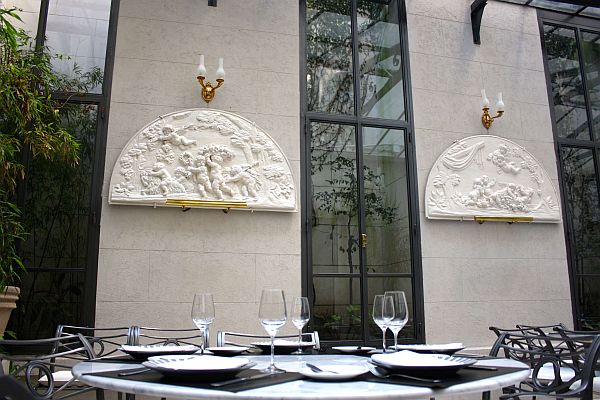 The Club Francés is a civilized place, to be sure, and a nostalgic one. To get into the spirit of La belle vie, sit down for apéritifs on the lobby level, where the mahogany bar dates back 120 years.

Sure, there are flashier, better–known luxury hotels in this prestigious neighborhood of Buenos Aires, but for literary buffs and Francophiles, this one is a delight.

Web Site: www.hotelclubfrances.com.ar or book at Preferred Hotel Group
Total Number of Rooms: 28
Published rates: $240 - $750 including breakfast but not taxes

Review and photos by Bridget Gleeson