Never one to rest on its laurels, The FS Buenos Aires has just completed an impressive 40 million dollar renovation. Embracing the roots of long–held Buenos Aires traditions, a theme of polo and porteño decadence now runs cohesively throughout the hotel. 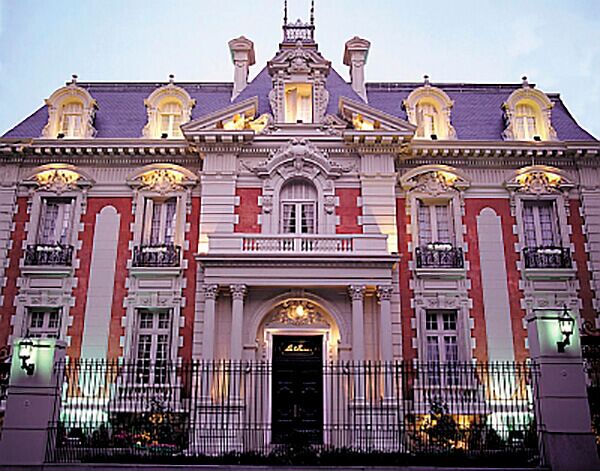 To be clear, the impeccable Four Seasons Buenos Aires did not exactly need its recent makeover. It enjoys a long history of being one of the top large hotels in South America, certainly in Argentina. Prestigious guests ranging from Bono and Madonna to the Dalai Lama have been sufficiently impressed with the hotel to come back time and time again.

With the renovations, the hotel has taken bold strides in design. It has distanced itself from the overt opulence of competing hotels such as the Alvear Palace, while still maintaining class and a sense of rich luxuriousness. Those who have stayed at the hotel in the past may doubt upon entering the lobby that they are even at the same place. Gone are the days of the formal, almost matronly golds and crèmes — the modern entrance now consists of polished macassar ebony, striking silver metal screens, and a reception desk made of South American semi–precious stones in a vivid shade of electric blue. Sculptural lighting reminiscent of the work of Dale Chihuly grace the ceilings, while the air is perfumed by a custom Bayo scent made by the local perfume master of Fueguia 1833. Every design element, from the paintings to the leatherwork, makes efforts to speak to the city's cultural tradition of polo and love of great design. 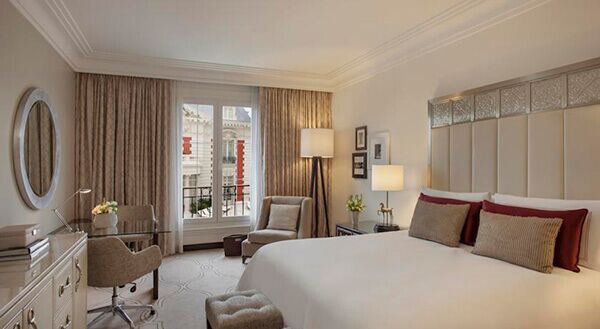 One thing that hasn't changed at the Four Seasons Buenos Aires is its unparalleled commitment to service. Whether the guest is a Middle Eastern prince or a honeymooning couple, the staff makes every person that walks through the entrance feel special. Those who may feel most like royalty are children. Kids may be surprised with a toy from a toy basket, kid's amenities in the bathroom, including kid–friendly toothpaste and bath bubbles, board games in the rooms, and room service that includes items such as caramel popcorn. While many luxury hotels accept children, few go out of their way to make it known that they welcome them in the way that the Four Seasons does.

The Four Seasons Buenos Aires offers 116 spacious guest rooms and 49 luxury suites. Seven of these are one–of–a–kind suites (fully restored in 2007) in the adjacent Belle Époque–style mansion, which offers utmost privacy with its own gated entrance. In the main hotel, the space between bed and bath has been opened up with new leather–clad sliding doors, a high–end touch intended to evoke the hotel's polo theme. Leather–wrapped drawer handles, nail head–studded trims and carved horse lamps follow suit, while impressive alpaca–embossed headboards made by local artisans grace the large beds which are covered in luxurious down duvets and pillows. Bathroom finishes include polished walnut, Italian crema marfil marble, blue and turquoise glass mosaics, plus technological upgrades like an LCD television built into the mirror. Multiline cordless phones, a CD player, free internet, L'Occitane bath products, twice daily housekeeping service, and soundproof double glass windows are just some of the details that ensure a great experience. The Four Seasons is the only luxury hotel in the posh Recoleta area of Buenos Aires that can offer a breathtaking view from each and every guestroom, whether of the cityscape, the garden area with the only heated outdoor hotel pool in Recoleta, or the gorgeous Mansion next door. 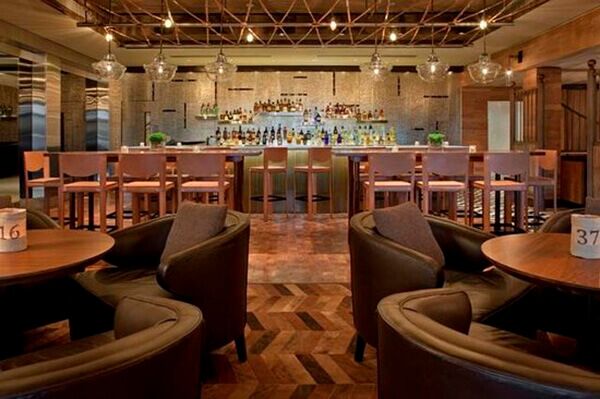 Next to the pool (which has on–hand sunscreen and after–sun lotion for all guests), is the massive gym which is open 24 hours a day. After a workout, head to the adjacent spa. Staying consistent with the Argentine theme of the hotel, try the 80–minute wine massage in homage to the country's love affair with Malbec.

As for eating, the Four Seasons Buenos Aires has toned down the formality, and now offers two distinct restaurants. Elena (named for Elena Peña Unzué, the bride who was presented La Mansión as a wedding gift in the 1920s), is rooted in the ways of the Argentinian family kitchen—slightly bustling, yet comfortable and energetic. The abundant hotel breakfast takes place here, open–kitchen style. Elena is spacious, and offers fresh takes on traditional Argentine foods, important in the hotel's new embrace of Argentine traditions. A spiral staircase leads up to a balcony level perfect for private dinners or events, and the wine cellar offers an impressive offering of local wines. 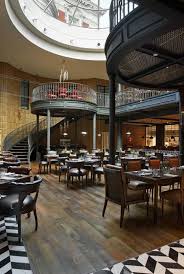 Inspired by the sport of kings, the new hotel bar, the Pony Line, brings to life the casual chic of La Dolfina polo lifestyle. The bar could be classified as rugged yet refined, with private eating areas built to look like horse stables, and pergamino–clad trunks acting as cocktail tables. The Pony Line is the perfect place to unwind after a day on the polo fields or shopping at nearby Patio Bullrich. Not to be missed is the extensive gelato menu, which takes Argentine gelato flavors to their creative limits—for example, an unforgettable goat cheese and fig, a creamy vegan carrot flavor, or a citrus one so sour it is guaranteed to make your jaw (pleasantly) hurt.

The Four Seasons Buenos Aires has managed to maintain everything that guests loved about the hotel before the extensive makeover, including, of course, their commitment to personalized service. What the renovations have done is make the hotel light years more relaxed — any sense of stuffiness is gone, while class and a distinct feeling of connection to the Argentine culture permeate throughout.