By Paul and Lorie Bennett 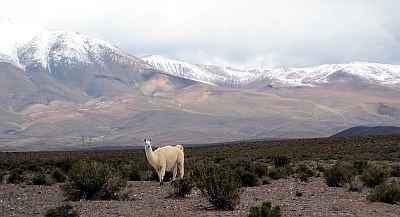 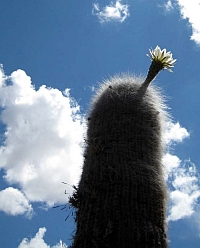 Our driver Fede brakes hard and we jump out of the car to grab photos as half a dozen huge black condors soar on updrafts above a 1,000–foot cliff, then perch to preen on giant Cardone cactuses along the brink.

Wingspans on these carrion–eaters exceed nine feet and, even though our point and shoot has a good optical zoom, we wish we had an SLR and a 500 mm lens for better close–ups. After half an hour, the birds start thinning out and a rainstorm sweeps in, ending our National Geographic moment.

It’s an exciting start to our 10-day luxury tour through Salta and Jujuy provinces, a high–altitude region in northwest Argentina near the borders of Chile, Peru and Bolivia. The city of Salta is proud of its history, offering charming cobblestone streets and a shady square ringed with open–air restaurants.

Kelly Thornhill of Mendoza’s Grapevine Wine Tours has worked with Fernando Gennari, owner of Salta’s Altro Turismo, to translate our tour wish list into a personalized itinerary, so we’re anxious to get under way. Using Carpe Diem, a small B&B, as a base we head first into the north to explore its vivid scenery, colorful culture and heroic history.

Amiable Federico “Fede” Vega Latigano is our guide, driver and interpreter. We’re glad he’s the one at the wheel as our sturdy 4WD Blazer negotiates miles of rugged one–lane and harrowing dirt tracks. Fede drives well, speaks good English, and distracts us from the bumps as he sings along to the area’s folkloric music he’s brought along for the CD player. He's full of fascinating facts and legends about what we’re seeing and indulges our need to stop often and take lots and lots of photos.

Spectacular scenery and colorful history in Salta and Jujuy provinces

We leave Salta city on a two-day loop that takes us to Purmamarca, Salinas Grandes, and Humahuaca Gorge, all in the province of Jujuy (say “Zhoo Zhooey”). We're climbing through a craggy canyon of the pre–Andes ranges when we spot the condors. Fede thinks they’re feeding on something atop the cliff.

As we climb, mountains looming over the rocky rivers are layered in red, orange, yellow, green or brown. Fede points out what appear to be houses on a distant hill. As we draw near, we realize they’re homes for the dead. Catholics here believe the higher ground takes the deceased closer to heaven, and indigenous folk feel their ancestors overlook and will protect the people.

This is picturesque but hardscrabble country. We sample traditional goat cheese from roadside stands. Horses, cattle, goats, sheep and donkeys all seem to be semi–wild and, although llamas, alpacas and guanacos roam freely by law, the locals are allowed to round them up for shearing. The town of Purmamarca is working to remain faithful to its heritage and we watch workers using mud bricks and adobe plaster on walls and local bamboo–like cane for roofs. The town square market offers artisan pottery, weavings and carvings, but when we try to bargain for some llama–shaped wooden olive picks, we’re turned down flat. “Bartering is not the custom in the area,” cautions Fede, so we pay the asking price of 30 pesos (about $8).

We’re hot and ready for an icy beer, Quilmes being the popular brew. We know empanadas—tiny pasties filled with ground meat or cheese—but humitas are a new experience. Fresh corn, onion and red pepper paste dotted with goat cheese is placed inside a corn husk then tied to vaguely resemble a person. This is boiled and, when the husk is opened, the filling is tasty and rather sweet.