Wild Landscapes and Wine in the Salta Province of Argentina

A 4X4 adventure with Socompa Adventures in northern Argentina eventually gets into rutted roads and hidden canyons. On the first stretch though, it's smooth pavement to the fine wine in Cafayate. 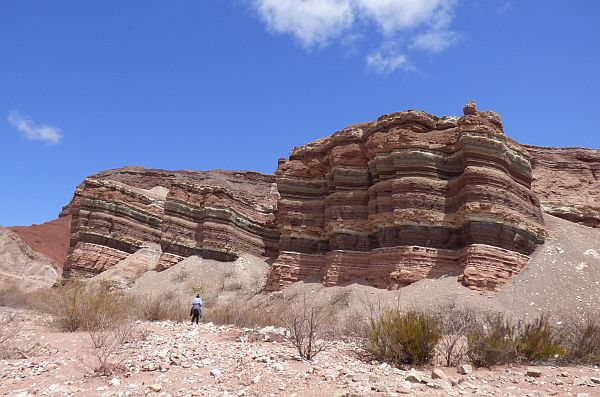 There are times when the journey is the main attraction, others where the destination is the star. On the trip from Salta City to Cafayate, however, both get top billing. The spectacular scenery on the way would be worth the experience by itself, but then you get to sip good wine after one of the most scenic drives in South America.

There are clues from the start that this tour will be a gastronomic treat. I transfer over to Casa Valentina after staying at nearby House of Jasmines and taking an empanada cooking class. Little do I know then that I'll be eating what seems like 101 more empanadas while spending time in the Salta Province. I still don't get tired of them though, especially when they came hot out of a traditional brick beehive oven. Casa Valentina welcomes us for dinner in the traditional Argentine fashion: with lots of meat sizzling on the outdoor parilla grill heated by wood coals, accompanied by a good Malbec. 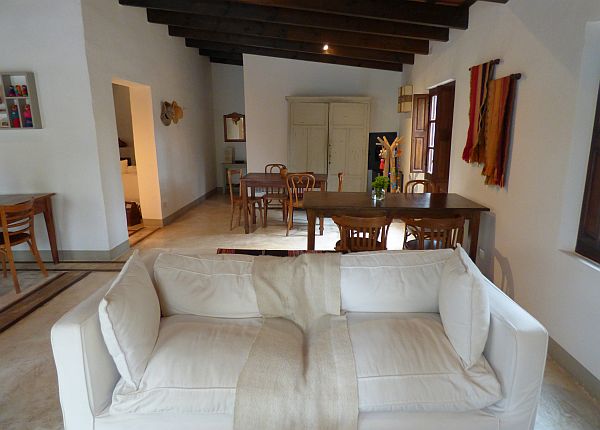 Sated with good wine and food, we sleep soundly at the inn and wake up to a good breakfast for the start of our trip into the desert. With everything loaded into the backs of the four-door pickup trucks, we head out with two guides through the Quebrada de las Conchas canyon. 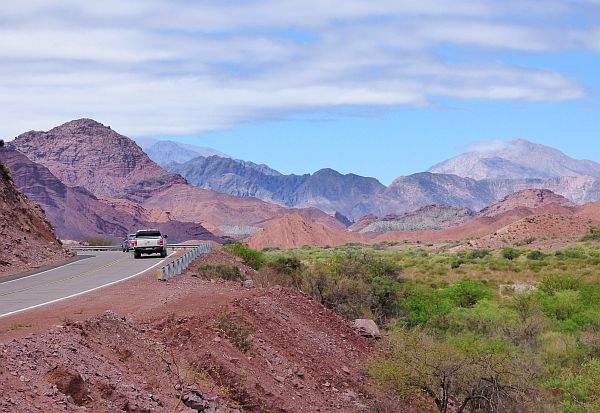 Through the Quebrada de las Conchas

The rocky landscape will feel a bit familiar to those who have spent a lot of time in the American west—or just seen a lot of westerns on the big screen. Dramatic geological changes over millions of years and the crashing of tectonic plates have created upheavals in the earth. The layers of strata are now exposed in twists that still look violent. Some of the most notable formations are right by the highway, like the Devil's Throat narrow gorge or The Amphitheater with its semi-circular rock wall surrounding a flat space.

After doing those obligatory stops though, we pull over in an area with no other cars and go hiking into the wilderness. We pass neon green plants somehow thriving in an area with little rainfall and see looming mountains that were pushed up from the surface a few million years back. We feel tiny next to giant rock protrusions made bare by erosion, with layers as clear as those of a cake. 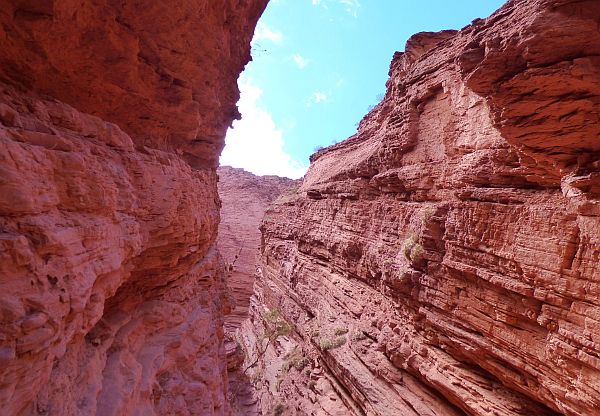 We ride a bit further, getting insight into the geological history of the region. We hear about how isolated the whole northern Argentina region was before this highway went in. When the wine industry started taking off, it was necessary to get the finished product to market. Now this is one of the prime wine grape regions on the continent, Argentina's second largest after Mendoza. It's best known for the white Torrontes varietal, rarely grown elsewhere, but many wineries here also produce red wines that can benefit from a higher, slightly cooler climate.

Sampling the Wines of Cafayate, Argentina

As soon as we leave the canyon and see the traces of civilization in Cafayate, we head to El Porvenir winery for the right kind of tasting—with lunch. It's a beautiful estate with gleaming white colonial style buildings and mountains forming the backdrop for the grapevines. We start out with a crisp Amauta Torrontes to accompany a farm-fresh salad and empanadas, occasionally getting a whiff of the beef, sausages, and vegetables grilling on the open parilla.

The winery's Laborum Malbec makes the round with the platter of meats and grilled vegetables, holding up well to the tender, perfectly cooked cuts of beef. In this peaceful setting on a wide tiled porch, looking out at gardens and fountains, it's hard not to feel extremely fortunate just to be here in this moment. 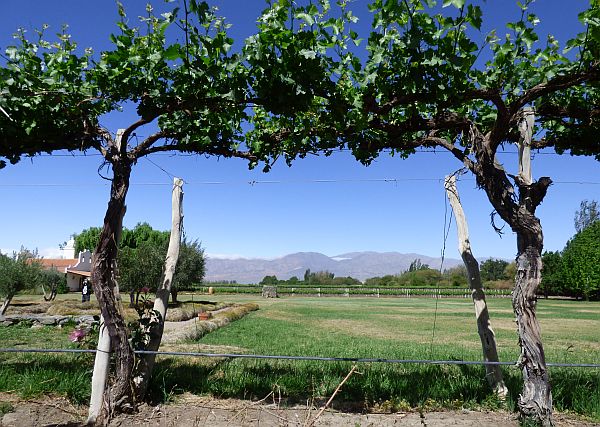 Feeling satisfied and ready for a nap, our group heads in two different directions for check-in. One group takes in the superb view from Viñas de Cafayate, the rest of us head to the fancy Grace Cafayate Hotel. Both are fittingly surrounded by vineyards and have extensive wine lists to choose from.

We're not sampling from the hotel bars yet, however, because we've got another tasting waiting for us at one of the region's oldest wineries: Esteco. The estate at Bodega Esteco has fields of grapevines here, then many other plots at different elevations, around 1,000 hectares in all. This allows them to produce a wide variety of varietals and blends in different categories, from table wine to award-winning, complex reserve wines worth aging.

We take a quick tour of the vineyards with Tanya, who runs the customer side of the business with her father. She explains how the red grape vines and white grape vines are strung up and pruned differently, the latter reaching horizontally across the wires. We examine the different leaves for different kind of grapes, then head into the historic main building from 1812 to see the production and storage facilities.

The top-end Altimos reds are aged in new French oak barrels, then transferred to another barrel, then bottle aged for another 18 months. Their 2011 harvest was just getting ready to go to market at the end of 2017. Some of the others are aged in giant barrels that have been in use for decades. These contrast with the modern stainless steel vessels labeled with non-Chardonney white wine names, the ones that go straight from fermentation to bottling.