Many travelers are attracted to Belize for its excellent reef diving, but there are also plenty of exciting adventures inland and close to shore for families basing themselves at the top upscale adventure lodges. 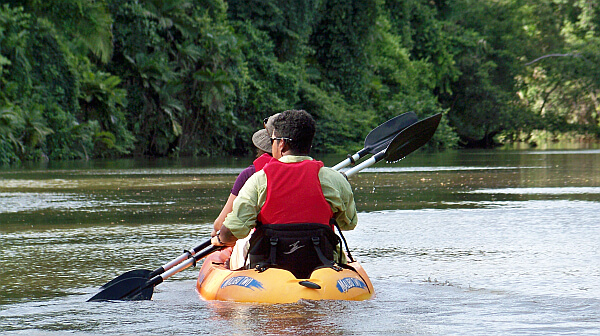 Donning waterproof headlamps, we make our way along the edge of the cave, holding onto rocks and swimming from ledge to ledge, avoiding getting swept away in the strong current. After we’ve made our way deep into the cave, however, “Just let go,” our guide tells us. He goes first so he can grab us at the end and we float down the way we came, feeling the strange sensation of moving in the dark, only the headlamps lighting the cavern walls where our heads are pointing.

“That was so COOL!” my 9-year-old daughter says after we climb out of the water outside in the light and I have to agree. It’s our first time in Belize, but we totally skip the island where most visitors end up: Ambergris Caye. Sure, my family and I would probably enjoy it there, but we want something out of Belize besides coral reefs and the sea. We want more of the “turf” part of a “surf & turf” vacation. 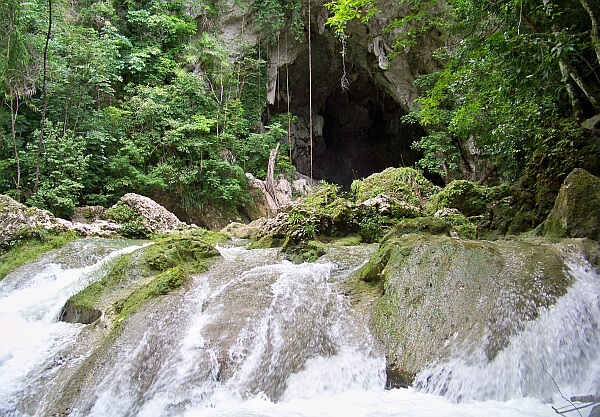 For those who aren’t divers, Belize offers a long menu of adventure activities, including plenty that have nothing to do with colorful fish or beach bars. After browsing the various offerings from the few high-end tour companies leading tours to the country, I come to the conclusion that most outfitters are running very similar trips, staying at the same batch of top hotels. What they do is take care of all the logistics, including getting you from place to place in a comfortable manner. The lodges are set up to do most of the rest.

So I work out a stay at several lodges that show up on most luxury itineraries. Two of them—Blancaneaux Lodge in the highland Cayo district and Turtle Inn in Placencia—are both owned by movie director and vintner Francis Ford Coppola. We finish up way down south at Copal Tree Lodge in Punta Gorda, situated in a huge nature reserve. All three lodges are great jumping-off points for excursions, but are far enough away from the cruise ship docks to discourage the growing number of day-trippers Belize has been drawing in recent years.

The Cayo district of Belize still feels well off the radar. We pass the capital city of Belmopan on the way and find out it is the smallest country capital in the world, with a population of less than 20,000. The Cayo District regional city of San Ignacio has about the same number. The roads are a real tip-off too that this region has not exactly been on the government’s priority list. Rutted gravel roads outnumber those with paving and it’s a bumpy ride up to the lodge.

We’re reminded again of the precarious road conditions on our first full day at Blancaneaux. A couple staying there has booked a trip to the extensive Mayan ruins of Caracol. “How was it?” we ask at the end of the day. “We had to go to some other ruins,” they answer. “The road got flooded and the driver was afraid we would get stranded.” 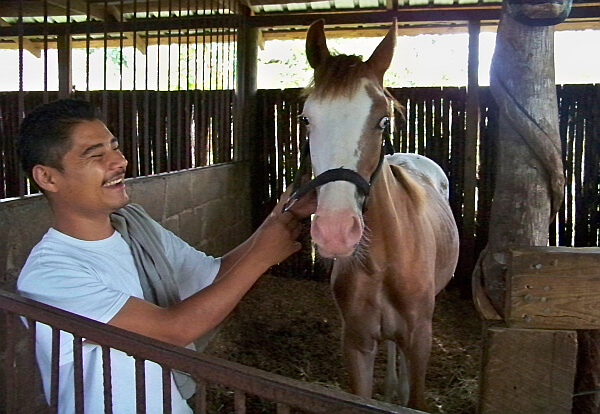 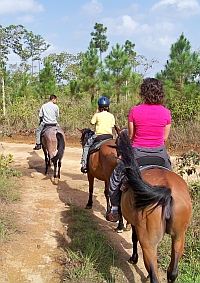 After our bumpy trip to Blancaneaux from Belize City, we decide to avoid vehicles altogether. So the three of us get saddled up to go on a horseback ride through the surrounding Mountain Pine Ridge Forest Reserve. This is the oldest national park in the country and a bit of an oddity: bordered by rainforest, it looks instead like something from up north, with pine trees running for miles. (Unfortunately, the same pine beetles ruining forests in North America have gotten to these as well, creating a spooky landscape where many trees are dead.)

When the ground is dry the horses can climb steep trails and bring you straight to the 1000-foot Hidden Valley Falls. For the sake of the horses though we take a different route on this muddy day, with an easy ride through the forest and seeing the falls from a distance instead. Two hours ends up being enough for the attention span of a child and I’m glad we’ve stayed close to the hotel. We spend some time in the large communal hot spring, sit by the river, and just enjoy our comfortable villa with a view.