Beach–hopping and a Private Island in Belize

Belize is best known for what's under the water and in the jungle, but if you cherry pick the right spots on the coast, Belize can be a beach and hammocks paradise. 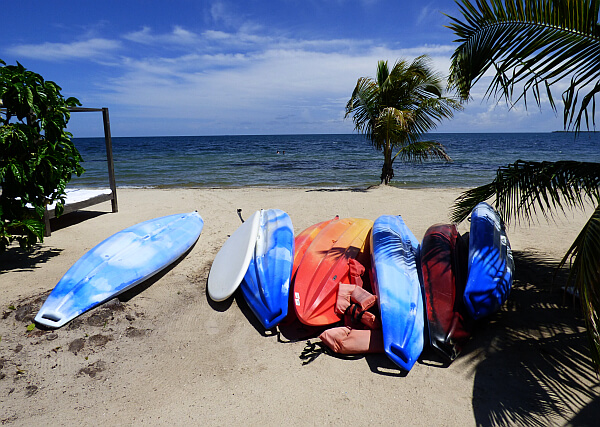 Belize is best known for what's under the water and in the jungle, but if you cherry pick the right spots on the coast, Belize can be a beach and hammocks paradise. 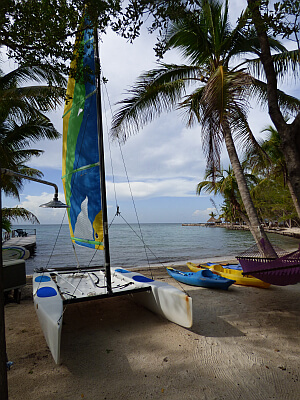 "I've made more good friends the past three days than I did the past three months," Emily said as she sipped her coco colada, watching the sun go down. "I can't remember when I last felt this relaxed either."

It's hard to feel stressed when the water is warm, the sun is shining, and your biggest responsibility is showing up for dinner a few minutes' walk away. On private Thatch Caye island in the Caribbean Sea of Belize, your biggest decisions are what excursions to take and what drinks to order at happy hour.

Belize is a small country, just 178 miles long. It's easy to get around it too, thanks to Maya Island Air domestic flights that touch down most anywhere you want to go. I hopped onto one of their prop planes at the Belize City international airport and after less than a half hour of scenic flying I was getting off in Placencia.

Settled in at Umaya Resort, Placencia

After waiting just two minutes for luggage, I was in a van with another couple and we headed down the single road with little traffic to Umaya Resort (formerly Belize Ocean Club). The Placencia Peninsula is known for having the best beaches in the country, with a laid-back atmosphere that feels less crowded and more mellow than more popular Ambergris Caye. You can kick back on a nice beach at any of the top resorts in the area, but Umaya's main advantage is it stretches across the narrow peninsula, with the beach on one side and mountain views over a calm lagoon on the other. 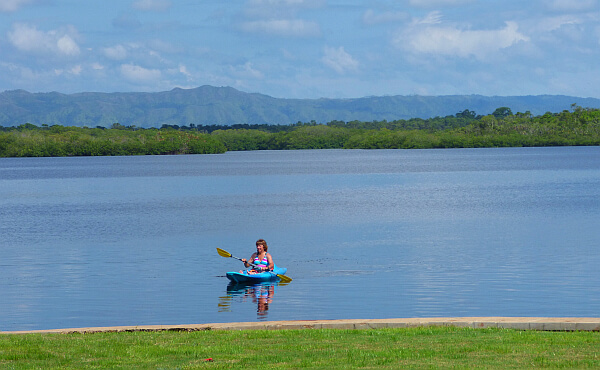 There are suites on both sides of the road, all having a view of water either way. My lagoon view suite was closer to the main restaurant and night bar, but the main advantage was seeing the gorgeous sunsets from my balcony in the evening.

This property has a 5–star PADI scuba dive shop on site, plus staffers can arrange trips for snorkeling, fishing, jungle exploration, or cave adventures. I opted to just soak up the Belize ambiance instead, kicking back by the pool and drinking local Belikin beers the first day. Belize food can be hit and miss, but it's quite good here, so I took my time eating the above–average fare coming out of the Ocean Club's kitchen.

The next day I explored by water and by land. I took a kayak out on the lagoon to skirt the shores and get close to the wildlife. Tropical sea birds are abundant in this area and at one point I spotted a sea turtle swimming away from me. I didn't stumble upon one of the local manatees while kayaking, but then toward sunset one popped his head up near the dock as I was walking along the shore. Another couple coming back in kayaks said they spotted two porpoises.

I took one of the resort's share bikes up and down the road, seeing building projects in progress in this region that's going upscale fast. It's struggling to cater to more tourists and retirees, while at the same time preserving the sea grass and mangroves that are so key to the ecological balance. 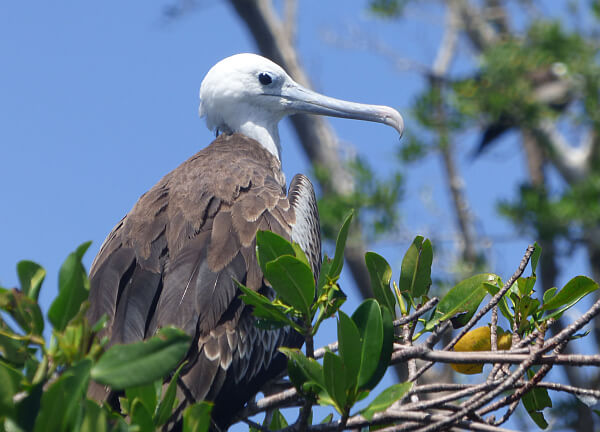 To the Private Island in Belize

There are islands with lodges dotted around the Caribbean Sea off the coast of Belize, including Hatchet Caye offshore from Placencia. I wanted to check out a different part of the country, however, and boarded an even shorter flight this time up to Dangriga. My destination was a little dot on the horizon called Thatch Caye.

Staffers grabbed our bags as our boat transfer tied up at the dock to hustle them off to our bungalow. The general manager—who lives on site—gave us a rundown on what we needed to know for our stay. Welcome drinks made from fresh fruit appeared, with an optional shot of coconut rum on the side. 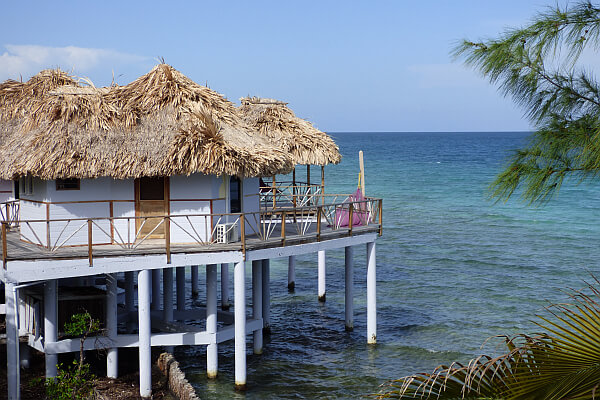 Thatch Caye is a small island on its own near the famous coral reef of Belize. Walking from one end to the other would take less than 10 minutes and there are just 12 cabanas and bungalows for guests. Some of them are overwater bungalows on stilts over shallow water, Others are set back from the shore and have a rooftop deck with a hammock and views in both directions. You eat breakfast when you manage to show up in the morning and lunch depends on your excursion length, but dinner is a communal affair at a long table that encourages conversation and mixing.