One of the surprisingly rare luxury hotels in Rio, Fasano is the hipster counterpart to more sedate options in the city. Brash and modern, it appeals to style hunters with healthy bank balances. 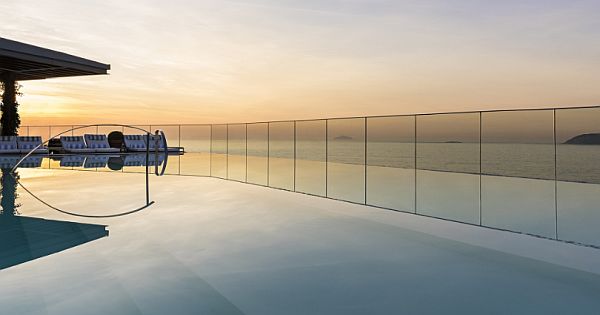 The first thing that strikes you about Hotel Fasano, before you’ve even stepped inside, is the great location; right on Rio’s beachfront, it couldn’t be closer to the action. The Zona Sul’s other two main luxury properties, Copacabana Palace and Sofitel, are a few kilometers further around the peninsula, close to the formerly glamorous hotspot Copacabana, but lively Ipanema and the connecting Leblon beaches are the places to sun and be seen these days. 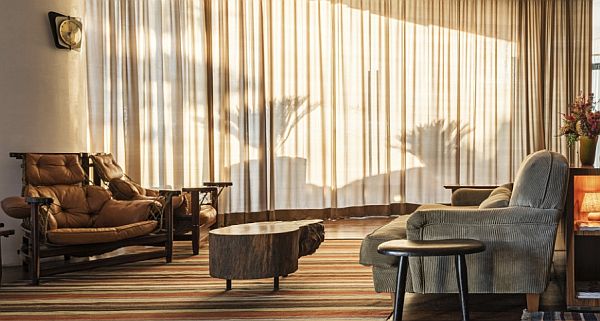 The hotel itself, from the outside, doesn’t stand out much. It’s sleek, cool, but not ostentatious; discreet, which is probably how the sometimes high-profile guests like it. Inside, the lobby is simple and unfussy, with uniformed staff busying themselves behind the counter. Next to the lobby, in a quiet curtained off area, is an elegant, comfortable lounge with book–filled shelves. 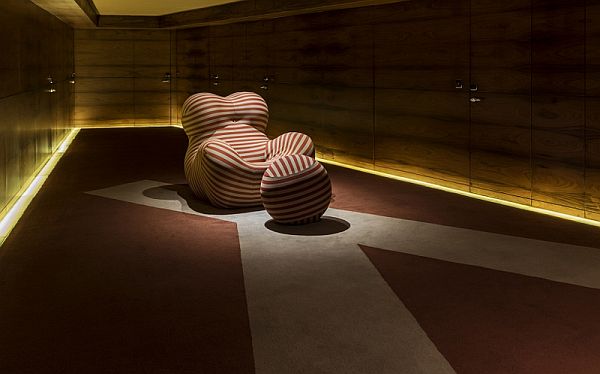 It’s mainly upstairs that Fasano’s design, the work of architect Philippe Starck, starts to show through. The feel is simplicity, almost minimalism; it’s sophisticated, but with playful touches. My partner and I stepped out of the lift into a dim corridor where there’s a giant striped armchair in the center, more an art piece than a seat. This is “La Mamma,” designed by Gaetano Pesce, so named, apparently, because of its resemblance to the stereotype of big Italian matriarchs. 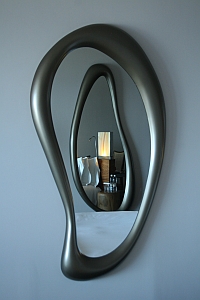 There are more original pieces inside the rooms. Each of the side walls has a large ear-shaped mirror hanging on it, “The ear that sees,” designed by Starck especially for this project. The flat white sink in the bathroom is different too. On the sea-view balcony there are wooden chairs designed by Brazilian architect Sergio Rodrigues, who also created the large leather armchair inside the room.

Otherwise, the rooms are quite sparsely decorated, with only a few small framed photos and a TV on the wall. Floors are dark hard wood. Beds are big and very comfy – I slept fantastically. The bathrooms, in cool marble, feel quite close to the bedroom/living area itself.

The minimalist lighting is a bit too minimalist: at certain times of the day, it can feel a bit dingy inside. I stayed in one of the 40 square meter Deluxe Ocean Front Rooms and, while I liked the style, it feels, for the money (USD 1180), a little boxy, perhaps a reflection of the prime location beachfront property prices, like they’ve tried to squeeze in too many rooms. There’s certainly far less space than in the company’s countryside properties in Uruguay and outside Sao Paolo. The largest suites in the hotel are 130 square meters and more than double the price. The hotel is cooler and more modern than the more traditional Copacabana Palace but there you can get more space for your dollar.

The view from the balcony is fantastic, out along the beaches of Ipanema and Leblon that stretch all the way to the green twin peaks to the west, known as the Two Brothers. We sat outside to watch a very memorable sunset. The beach and the hotel are right on the road though, so it’s not the most peaceful spot in the world; our sundowners were accompanied by fairly noisy traffic.

It’s much quieter up on the rooftop, or Floor 8, where the sound of traffic doesn’t intrude too much. There are plenty of sun-loungers by the side of the classy infinity pool that looks as bright blue as the virtually cloudless sky, and a large bar area for cooling caipirinhas under very necessary umbrellas (it gets very hot up here). 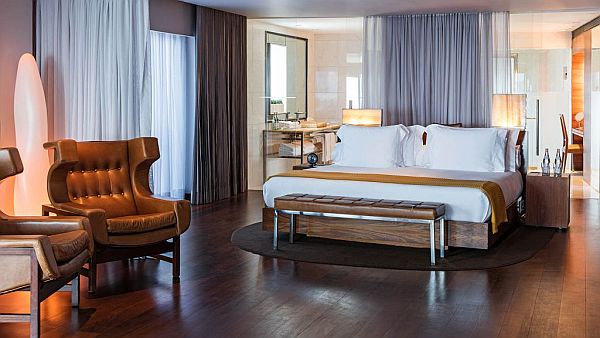 More than the rooms or the pool, the Fasano hotels aim to be known for the quality of their service. The service I experienced was very good, starting on arrival with a slightly early check-in, half an hour before the normal 3pm. The staff are friendly, helpful and numerous; it sometimes feels like there are more staff here than guests. It took a while for ordered room service—a bucket of ice—to arrive, but otherwise the hotel has found its stride and operates as a well–oiled machine. There are cell phones in each room that work throughout the hotel, pre-programmed with numbers for front desk and room service. A high level of English is also spoken, from reception to poolside to restaurant. 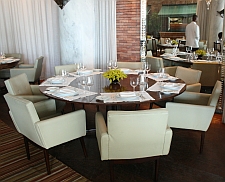 We ate at night in Fasano Al Mare, the hotel’s Italian-Mediterranean influenced restaurant, run by chef Luca Gozzani. There’s plenty of meat in the menu, but given the proximity of the sea, you can’t go wrong with fish and seafood, which is expertly cooked. This is fine dining, very tasty, very detailed, though portions do tend to be quite small, especially given the high prices of food and wine on the menu. The restaurant is large, light and airy, with a bright bar filled with colorful bottles at one end. For my liking, the helpful staff could hang back a bit: wine glasses seem to be filled after almost every sip, with waiters coming to the table too often, when they could leave guests to their own devices more. But that’s a very minor complaint—they’re attentive and know the menu well. Likewise, at breakfast the next morning, everything arrived promptly, while the buffet selection of juices, cereals, pastries and hot food was extensive.

There are a few other money-related niggles. There is Wi–Fi in all the rooms but the hotel charges 50 Reais ($27) for 24 hours usage, which feels a bit rich given how much customers are already paying to stay here. (Far cheaper hotels across Rio provide Wi–Fi for free). A can of Coke, Brazilian favorite Guarana, or other sodas from the fridge in the room cost $5, while one guest grumbled to me in the lift that there’s a 200 Reais ($110) charge per person for any guest wanting to take a friend or colleague up to the pool and bar area on the top floor. This all feels stingy.

Fasano is a cool, comfy hotel that’s established itself as one of the hippest places to stay on Rio’s beachfront. There’s a lot to enjoy here, not least the location, the unique design features, and the fine views. But it feels like guests are paying a lot for what they get—and, in some cases, are being made to pay twice.

Review and photos by Graham Green, small photos by author, the rest courtesy of Fasano Hotel.