It is possible to spend days on Fernando de Noronha, a tropical paradise 220 miles off of the east coast of Brazil, without ever passing by its most luxurious hotel, Pousada Maravilha. Indeed, most of the island’s restaurants and tourist attractions are located on the other side of the 7 square mile island. But if you are in search of Fernando de Noronha’s most luxurious lodging, Maravilha is your best option; indeed, it is more or less your only choice. 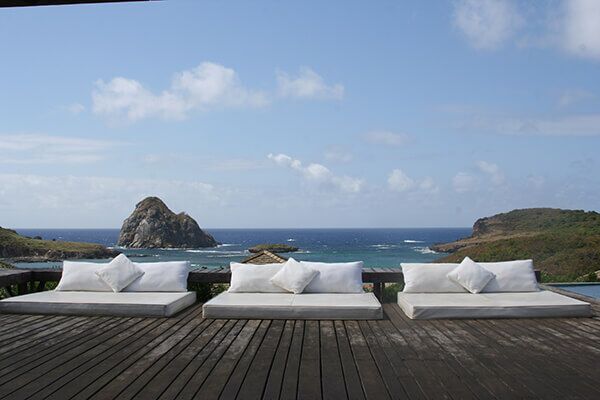 At first glance, Maravilha is stunning. The lodge that houses the reception area, lounge, and restaurant is furnished in whites and neutrals and seems to be made almost entirely of windows. All the better to take in what is the real star of Maravilha’s show: the view. Just beyond the back windows of the lodge lies a huge expanse of turquoise sea made all the more exceptional by the majestic swaths of rock jutting out of it. On an island renowned for its vistas, this is one of the best. Adding to the allure of this postcard-perfect scene are the infinity pool that seems to disappear into the Atlantic and the pool deck’s white daybeds, which are so luxurious–looking that few guests complete their stay at Maravilha without having their picture taken while reclined on one.

Between the pool deck and the water are Maravilha’s grounds, which house five bungalows, three “deluxe apartments,” a small, one-room spa, a sauna desperately in need of a remodel, a serviceable gym, and an office in which guests may use a provided computer or log onto the wireless Internet that is available in the resort’s common spaces. 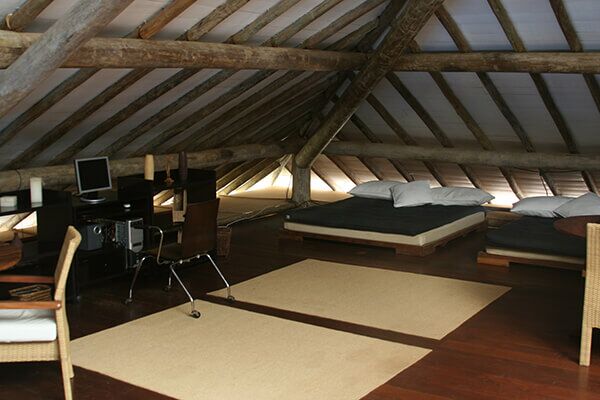 The grounds themselves are perplexing. Maravilha is bordered in part by Fernando de Noronha’s Marine National Park, whose lush landscapes are a testament to the fact that foliage thrives in this tropical environment. And yet Maravilha’s grasses are scorched, its flowering bushes nearly barren. The greenest things in view are the bright green utility boxes that appear at jarring intervals among the closely spaced bungalows.

The bungalows themselves are a welcome step up from the landscaping. Although at first glance they are not entirely appealing—painted in the same shade as the utility boxes, the entrances evoke summer camp more than they do a luxury resort—the insides more than make up for any initial disappointment. Like the lodge, they are furnished in whites and neutrals, and each 54-square-meter bungalow boasts the same incredible view of the Atlantic. Guests can enjoy the scenery from the comfort of their king-sized bed or can instead take it all in from their private deck, which comes complete with a table and chairs, a hammock, a large daybed, and a small hot tub. 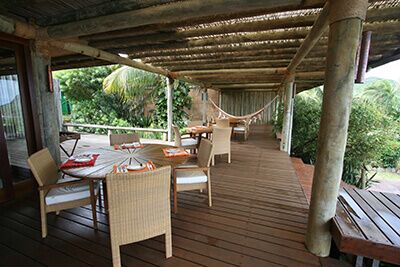 Inside each bungalow is a large, flat–screen television, a DVD player (and access to the resort’s extensive DVD library), and an iPod/CD player. Large bathrooms incorporate separate rooms for the toilet and the shower, and each of these small rooms boasts an ocean view.

As in the apartments, privacy is somewhat hard to come by in the rest of Maravilha. While guests lounging in their hot tub have a lovely view of the ocean, they can also see onto the decks of their neighbors and to the nearby road. Because the pool is located just steps from the restaurant, swimmers and sun-seekers are on display for nearby diners. Those seeking some time away from prying eyes may want to consider some of the resort’s many available excursions, all of which can be arranged through its helpful, largely English–speaking staff. From buggy rentals to scuba diving to boat tours, these activities offer guests an opportunity to explore the gorgeous island that reportedly plays home to the three best beaches in all of beach–loving Brazil.

Hungry from the day’s adventures, most guests return to Maravilha’s fairly upscale restaurant for dinner. The restaurant features modern twists on local favorites—ravioli stuffed with sundried beef and regional cheese is one highlight—and other, more familiar dishes, from overpriced penne to a spot-on cheeseburger and fries. The restaurant recently lost its primary chef; whether the remaining kitchen staff will help it live up to its “best on the island” reputation remains to be seen.

With its breathtaking views and luxurious bungalows, Maravilha is a worthwhile retreat for travelers already destined for Fernando de Noronha. Ultimately, however, it has a few too many rough patches to yet be considered a luxury destination in its own right.

Review and photos by Derek and Shanna Singh Hughey.