Experiencing Antarctica Without the Rough Passage

Story and photos by Cathy Brown

For many people, Antarctica is the final continent, the last thing to be ticked off the bucket list because it's the toughest one to reach. By plane from Chile on AntarcticaXXI, you can skip straight to the good parts. 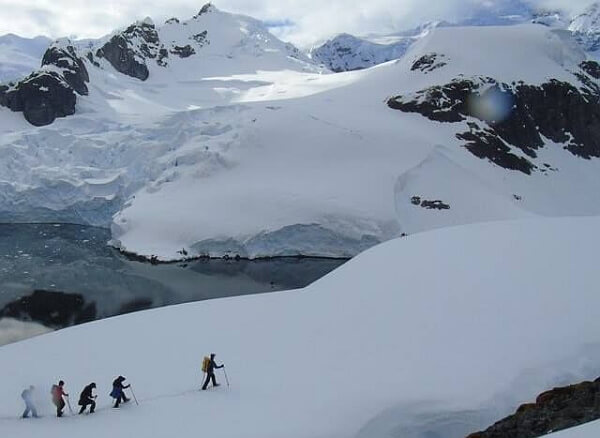 For the luxury adventurer who has already ticked most destinations off of his bucket list, there's really only one alluring, magical, almost mythical place that still remains untainted by vast numbers of tourism: Antarctica.

In Antarctica, the landscapes can change from pristine 10,000 ft. mountains with penguins frolicking carefree in turquoise waters in the foreground, to intense storms with zero visibility and a wind so violent and cold that it feels like it literally rips through your six layers of clothing, and this change can happen within minutes. Now that's adventure. Antarctica is a place where the power of Mother Nature cannot for one second be underestimated, and many a jaded traveler has been left weeping tears of gratitude for being able to witness extreme nature in its full glory.

While it's easy to fly in for the week to tour the Galapagos Islands or hit up Machu Picchu, however, Antarctica has always required a big time commitment. Crossing the legendary rough waters of the Drake Passage to even get to Antarctica takes days, and often leaves travelers intensely seasick before the Antarctica–exploring even begins. Honestly, who wants to put out thousands of dollars to spend an entire vacation vomiting over the side of a boat?

Antarctica XXI addresses that issue by skipping over the seasick–inducing Drake Passage altogether by flying over Cape Horn and the sea between the continents. You can go from Punta Arenas, Chile to the coldest, highest, windiest, driest, and most inhospitable continent on earth in an easy two-hour flight, and board the ship refreshed and ready for adventure. The flight also cuts off many days that a typical Antarctica trip requires, so those who only have a maximum of 10 days in total to travel now have Antarctica as a possibility.

When I packed and departed for my eight–day Classic Antarctica Air Cruise, I had never been so giddy about a trip in my life. I felt like a little kid before the best Christmas ever. I arrived in Punta Arenas, Chile where I checked into the Cabo de Hornos Hotel. While it's not exactly a Four Seasons, the hotel is by far the best option in town, centrally located near the main plaza. While basic, rooms are clean and cheery. The staffers, while they all seemed to have good intentions, were often overwhelmed. If anyone happened to need an extra key card at the same time a tour group was checking in, he might be there waiting quite a while because there was often only one receptionist manning the desk. 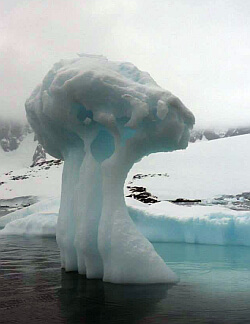 Because I was signed up for a shared cabin on the ship, I was reserved a shared room at the hotel. I'm not exactly a "shared room" enthusiast, so I was more than a little nervous to see who I would end up with. A geeky ornithologist who would talk to me incessantly about the behavior of the Snowy Sheathbill the whole time? A bored–with–life, haughty traveler with more money than she knew what to do with, on this trip basically just to make her other bored, haughty friends jealous for a moment? In the end, my roomie was a sweet, middle–aged, completely down–to–earth yoga teacher from Australia, on this trip because her husband knew it was her ultimate dream trip and gifted it to her as a surprise. Phew.

I must say, down–to–earth was the norm. The entire Antarctica XXI group of 68 travelers met the first night for an orientation followed by a formal dinner at the glass–enclosed observatory next to the Shackleton Bar (bonus for history buffs: this is the place where Ernest Shackleton arrived when he was looking for help with his expedition), and I was a little surprised by the type of traveler who the tour attracted. I guess I had expected a little more pompousness, just based on the price point of the trip. But the trip was filled with genuinely friendly people who had their hearts set on Antarctica for a while, and made it a priority no matter what the cost.

There was the jolly Irish psychiatrist who brought his two lovely daughters along so they could make some epic family memories together. There was the lesbian couple from California who was in the publishing business and had been dreaming of this trip their entire lives. There was the IT guy from New Jersey whose true passion was nature photography. There was the laid–back guy from New Zealand who was studying Orca whales. There was a kind Finnish couple on their honeymoon. And there was me, who, let's be honest, just really, really just wanted to see some penguins sliding down a hill on their tummies. 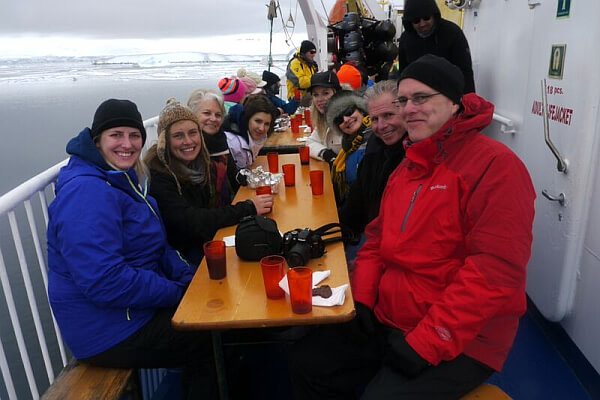 There was a palpable excitement charging the air as everyone tried to sit still for some instructional videos showing us a little of what we could expect in the days to come. We were all gifted a high–quality coffee table book about Antarctica and a completely waterproof duffel bag (that bag was a nice touch—I still use mine to this day). We then had to get fitted for waterproof boots which would be loaned to us for the trip. I swear I would have traded both the book and the awesome bag for the boots—I don't know where they got those boots, but they were the most comfortable things I have ever had on my feet. They were near weightless, cozy warm, and never once throughout the trip let even a drop of water in. I very begrudgingly handed them back at the end of the trip.

One thing that needs to be noted is that if you are a control freak about itinerary details going exactly as planned, this is not the trip for you. Flexibility and a go–with–the–flow attitude is a must. Due to the constantly shifting weather conditions, you will not be given your actual flight time to Antarctica until the night before, and even then it stays completely open to change until you actually take off. Here's the kicker: if you can't fly out (always a possibility), the time is filled with Punta Arenas city tours and the like. No one who came halfway around the world to adventure in Antarctica is going to be completely content with going on a historic city tour instead. Read the cancellation terms and conditions of the tour well, as there was more than one traveler who seemed to be caught off guard at the possibility that we would not be able to actually fly to Antarctica in the morning (in our situation, it was not weather, but a Brazilian plane that had recently crashed on the very short runway and was still in the clean-up process).