By Shanie Matthews and Timothy Scott


When it’s summer in North America, it’s ski season at the other end of the world, with spectacular trails and panoramic views of the great Andes Mountains. Here’s a round-up of the best ski areas in Argentina and Chile, with tips on the most luxurious places to spend the night. 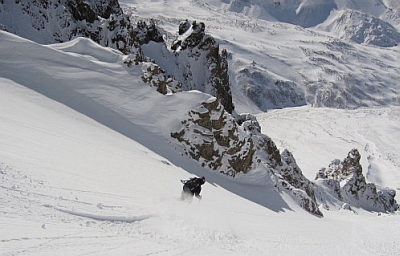 Mouth watering steak, fine wine, and a favorable exchange rate add up to a value-filled, high-quality travel experience in Argentina. Include that it is also South America’s favored ski destination, and the ability to enjoy a winter paradise in August filled with great ski terrain, classy accommodations and enriching culture becomes a certainty.

Of the fifteen ski areas that sprinkle themselves along the 2,300 miles of Argentine Andes, there are three that deserve honorable mention. Here is the inside scoop to help you decide which ski area is best for you.

Cerro Catedral is located just outside the bustling township of San Carlos de Bariloche, the jewel of the Lakes District and gateway city to Patagonia. An active metropolis with over 150,000 full time residents, the area is rich in a mixture of European and Latin traditions, hand-carved log and stone architecture, as well as an awe-inspiring landscape.

Located a ten-minute drive from the city center, or 20 minutes from the upscale Llao Llao side of Bariloche, the ski resort provides entertainment for everyone in the family. From an on-slope mall that offers the highest fashions to accessing one of the world’s top crack climbing mountain huts, Refugio Frey, Catedral is an active year-round playground. 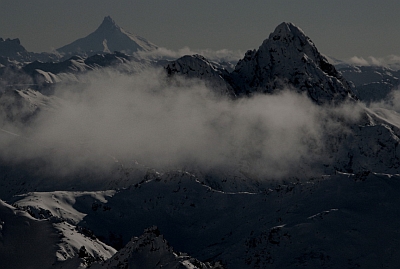 The ski resort provides 39 lifts and the capacity to transport 35,000 skiers per hour, with the upper mountain having an additional five telasillas that gain the summit and provide for decreased lift lines in high season. The ski area also has a trick park and two areas of more advanced terrain: the Laguna and Nubes chair lifts. One other bonus offered by Catedral is great tree skiing on the lower two thirds of the mountain. For on-mountain dining, there are 16 different restaurants to choose from.

Accommodations are plentiful in Bariloche, including the esteemed Hotel Llao Llao. Situated within an intensely beautiful inlet of Lago Nahuel Huapi, the 5-star, 205-room hotel offers all of the luxury of class and prestige with the bonus of surroundings considered by National Geographic to be included among the top ten most beautiful places on the planet. For those that enjoy the benefits of staying in a private home, Bariloche Vacation Rental offers fully-equipped properties in prime view locations with excellent amenities and close proximity to the local highlights. 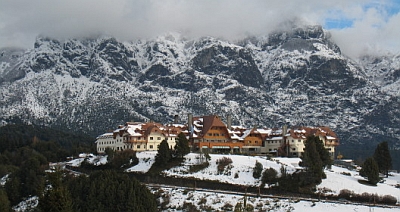 There are no trees at Las Leñas and in some ways it feels like you are skiing on the moon. It is an isolated place, in that the ski village is located at the end of a frequently snowed-in road, fifty minutes from the nearest year-round population center of Malargüe. 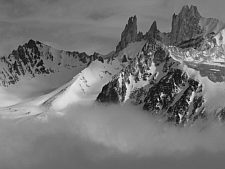 The impressive, endless terrain is the reason that this resort-based village in the middle of nowhere was created in 1984. There are only a few places in the world that have this caliber of remote skiing: Alaska, northern Europe, and Greenland. But none of them access slopes such as those offered at Leñas as quickly as with the twenty-five year old chair lift, Marte. Though Marte is old and needs to be replaced – something that the corporation says is in the plans – it accesses a plateau that offers a lifetime worth of skiing for the expert skier. One other bonus to the Leñas area is that there is helicopter skiing offered in the nearby village of Los Molles by CAP Hostel.

Las Leñas accommodations equals 3,000 beds in total. Dispersed through the area is one grocery store, a gas station, a few dance clubs, multiple restaurants and many bars. Of the twenty or so sleeping choices in the valley, there are five multiple high-end, on-slope hotels to choose from: Escorpio, Aries, Acuario, Piscis, and Virgo. Virgo is considered of the highest quality, with Piscis following in close second. All offer a week package that includes breakfasts, dinners, tickets, and other bonuses for suite rooms.

There’s no culture experience to speak of in the snowy wonderland of Las Leñas, therefore it is important to check out Buenos Aires, or other “real” Argentine towns. The other negative to Las Leñas is that when it snows, there is little to do but sleep, eat, drink, party, and hope that the visibility gets better.

There is a one ski area in Argentina that is going about the winter wonderland business in a different way. Cerro Bayo, located outside the Patagonian village of Villa La Angostura (population: 7,300), and 45 minutes from Bariloche, is creating a fusion between the regular ski experience and the boutique flair found in a good small hotel.

Cerro Bayo erupts from the water’s edge of Lago Nahuel Huapi to a summit elevation of almost 5,900 feet (1,782 meters). Because of the mountain’s close proximity to water, the views from anywhere on the mountain are stupendous. The 360-degree vista includes the Andes range extending into Chile, which involves hundreds of mountains and volcanoes, the Argentine Steppe, and the glistening expanse of Lago Nahuel Huapi’s azure water.

With the boutique idea in mind, the ski area was built with European ideals. Top executives of such Europeans ski areas as Chamonix were brought in to develop the ski center. Their ski school was also created with the traditional European teaching techniques in mind.

The ski corporation of Cerro Bayo also held the intense views in high importance. When the corporation built the three mile (6 km) dirt road accessing the ski area, they built multiple viewing decks. These rest areas allow for people of all physical abilities to enjoy lofty vistas of the lakes and mountains. 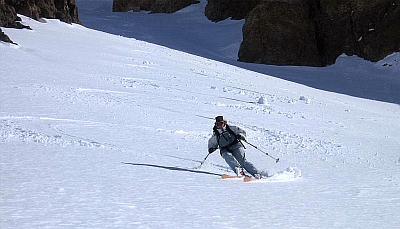 The boutique experience extends from incredible miradors to the dining options on the mountain. Throughout the area there are well-built lodges to sit, eat and enjoy the experience. Offering more than the traditional burger to their skiers, delicious salads and Argentine steaks are included on the menus as well as a wide array of homemade desserts. It also boasts the location of restaurant Balcón del Zorro (Balcony of the Fox), one of the top restaurants in the Villa La Angostura area.

The ski area contains six chair lifts and four Pomas, allowing transport of over 6,000 people per hour, with access to twelve kilometers of in-bound skiing, and the best trail grooming in the country. There are also unlimited amounts of backcountry skiing that are accessible from the top chair. And because of the minimal crowds – another aspect to the boutique mindset – it is possible to find fresh snow days after a storm.

The only drawback to Cerro Bayo is the lack of slopeside accommodations. On the positive side though, Villa La Angostura is considered one of the classiest villages in all of South America. A few hotels that are of exquisite taste include the historical Correntoso Lake and River Resort with its black sand beaches and gourmet restaurant, and Las Balsas, a Relaix & Chateau boutique hotel with another terrific restaurant.