Luxury Yachting in Patagonia With Nomads of the Seas


Mix the rugged and mythical snow-capped Andes with thousands of miles of jagged coastline and some of the most temperamental weather on earth and you have Chilean Patagonia, an alluring yet intimidating landscape to try to explore. Navigating the fjord system is never an easy task, and the ability to do so in pampered style is a rare commodity in these charmingly rustic lands. Thankfully, Nomads of the Seas has the impressive ability to get to pristine places that other tour companies would consider inaccessible, while expertly meeting the demands of discerning luxury travelers. 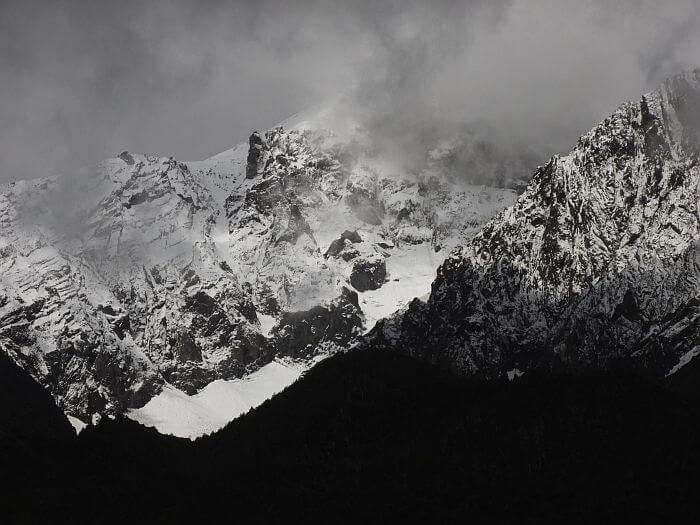 Because of its isolation and the diversity of its terrain, Chilean Patagonia is one of the most ideal places for exploratory fishing and eco-tourism. Many places are still largely inaccessible by conventional transportation and so have remained unexplored—unless, of course, you're a guest on the Nomads' 150 foot ship named the Atmosphere, equipped with a Bell 407 helicopter, six jet-boats and a Hurricane 920 RIB zodiac used by US Navy Seals.

As if that were not enough, 36 McKenzie boats and 12 jetskiffs are placed in strategic spots throughout Patagonia, allowing the guides of Nomads of the Sea to be able to move guests though the most secluded rivers, lagoons and mountains to explore exactly where the conditions happen to be best at the moment. (You can also privately rent the jet boat or extra helicopter hours for an additional fee). 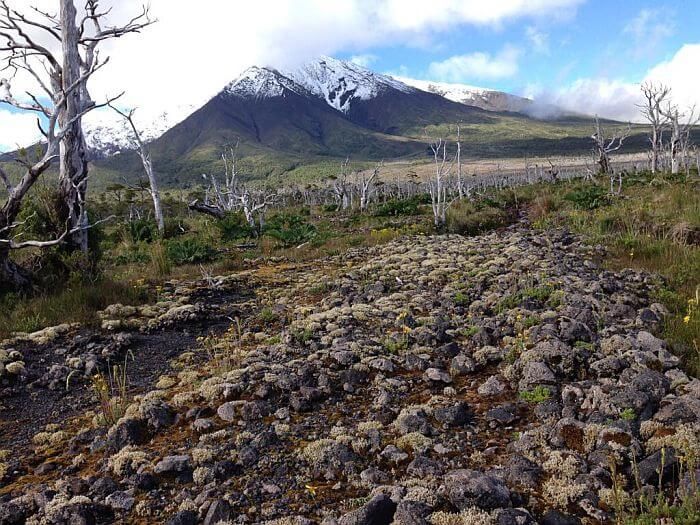 I went on an eight-day trip with Nomads as a nature lover, not as a fishing fanatic as most of the other guests are. King salmon, silver salmon and rainbow trout are found in legendary quantity and size down in these parts of Patagonia, and trophy catches are apparently not hard to score on a Nomads trip. I was slightly concerned about not being able to hold my own with what I expected to be non-stop conversation about fishing, but I was soon put at ease. 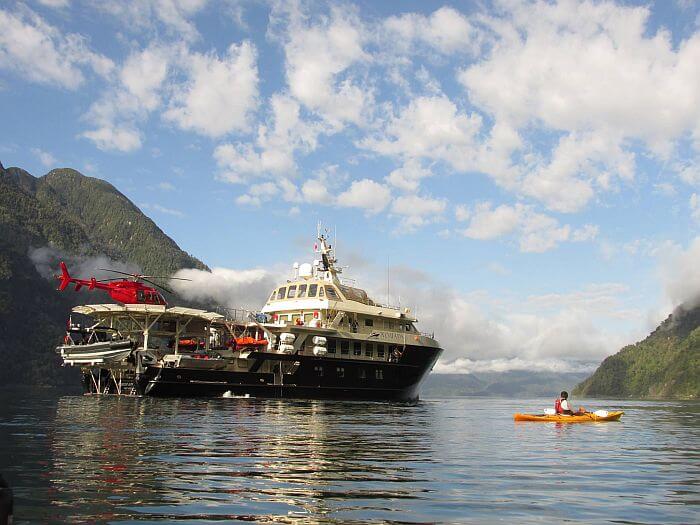 All of us guests met up in Puerto Montt, Chile where the Atmosphere is docked to get to know each other at a casual luncheon at the port before we boarded. I became fast friends with a humble lawyer from Belgium on his honeymoon with his sweet bride, the chatty Brazilian entrepreneur and his fun and feisty doctor wife, and the laid-back American who owned a fly fishing store. He didnâ€™t come for the luxury of amenities; he chose this Nomads trip because he said it was the fishing trip of a lifetime. In total, the Atmosphere accommodates a maximum of 18 fishing guests and 10 non-fishing guests for each trip (with an impressive 32 crew members for the 28 guests). 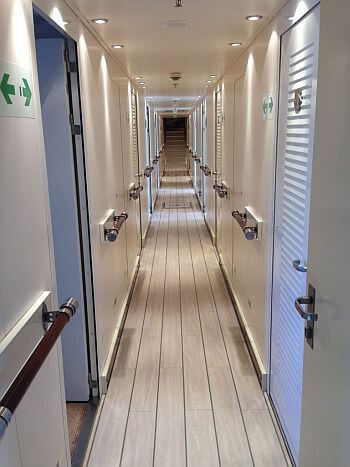 I obviously saw photos of the boat beforehand, but images did not do the Atmosphere justice. The ship was designed by a team composed by professionals from Asenav Shipyard, a company internationally renowned for its work with Patagonia-navigating ships. The entire building process took two years. The interior decoration was handled by Enrique Concha B. & Diseñadores Asociados, a well-established Chilean design firm that opted for creating a sense of warmth and simplicity. The Atmosphere landed a perfect balance between rough-and-tough exploration capabilities and refined style.

I did not expect much from a small ship bedroom, but the room ended up being comfortable and decently-sized, with room enough for a double bed all to myself and sufficient closet and drawer space to be able to put all of my bulky luggage away nicely. Each cabin has air conditioning and heat controls, a safe deposit box, and plenty of electric outlets. Guests have access to the satellite phone for a fee. There are 10 Deluxe Twin cabins and two Deluxe King cabins located on the second deck and the two Premium King cabins on the forth deck. On the fifth deck there is a sauna and three hot tubs along with a massage area.

I found it would be good to pack more layers than what you think is necessary. Decent rain gear is a must, as are slippers or cozy socks to wear on board. The dress code is casual on board—you would find me lounging during the day in fleece pants and a hooded sweatshirt, although for dinner I would change to jeans and a nice sweater. (There is no laundry service on board.)