The new luxury Explora Posada de Mike Rapu is the hotel at which you didn't know you wanted to stay, on the island you've always dreamed you'll visit—Easter Island. 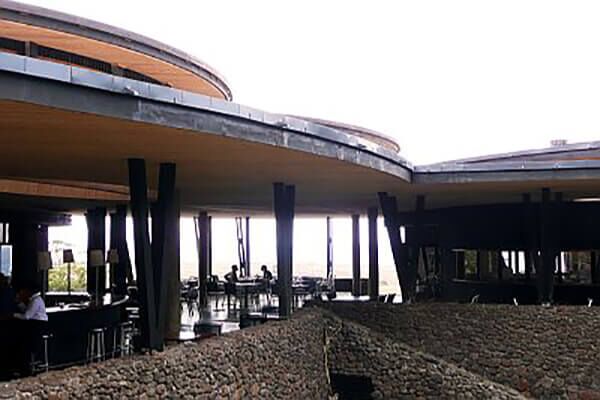 Set the scene first. A perfect triangle of land, 3,600 km and a five–hour, 40–minute flight via LAN from the nearest mainland in Chile, a mere 170 km² in area. A mild sub–tropical climate that brings alternate bursts of burning sun, sharp gusts of wind and sudden rain showers. You're on Easter Island, known as Rapa Nui by the locals or Isla de Pascua by the island's official (and controversial) owner, Chile.

The Explora Posada de Mike Rapu (also known as Explora en Rapa Nui), open only since late 2007, makes the most of what's so special about Easter Island. It's set high up on the south side of the island, several kilometers away from the other mostly dumpy hotels, which are all in the small center of Hanga Roa.

You've never smelt air like it—a mix of freshly cut grass, burnt caramel and salty wind. No light pollution to spoil the sky, which lights up like a disco at night, with planets you never knew existed and stars shooting down like raindrops. The hotel's architecture—huge, high windows, rounded walls, outside covered bar—lets you see and smell this magic from wherever you are. It's stylish but at the same time rough and ready, with thick stone pillars of volcanic rock and unpolished, unpainted wood. 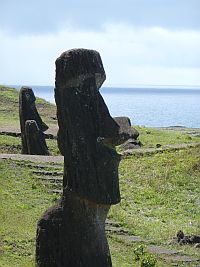 Fewer than 4,000 people live on the island, which is a protected national park in its entirety. The mysterious, huge, stone Moai statues, 887 in total, are its most famous inhabitants. You'll see them everywhere, standing proud on their ahu bases or fallen and half–covered by the erosion of hundreds of years.

It's these Moai that you've come to see, and the Explora's tours of them are as much a selling point as the hotel itself. Young, fit, fluent English–speaking guides take you direct to the sights you need to see and clearly have the in–depth knowledge and communication skills needed to help you understand the Moai—and to inspire you to want to know more. You might sometimes join in with other guests on tours, but the maximum is eight and you'll never feel you're being bussed around in group excursions.

Tours are included in the hotel rates, as is all food and drink (including a free bar) and all transport. The concept of an all–inclusive stay isn't new, as Explora has had similar properties in the Atacama Desert and the Torres del Paine Park in Patagonia for over ten years. But the experience, especially if it's new for you, is one of utter luxury. Luxury for the mind as well as the body.

And you won't be disappointed with what your body gets out of the deal. Showers make up for what the island lacks in waterfalls and bathtubs would wash an army. Toiletries make you want to go back to younger, poorer days of stealing hotel shampoo. Don't expect televisions or flash sound systems, or even that the bar's free Wi–Fi will work reliably. But that's part of the attraction: turn your gadgets off and tune in to nature. There is a small swimming pool and a hot tub, but you can't beat a naughty nighttime splash in the warm bay off Anakena beach, with palm trees and a line of Moai silhouetted in the background. Sound idyllic? It is. 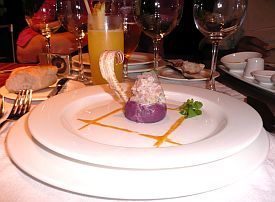 The restaurant's a real slice of gourmet with menus based around unique varieties of fresh fish, local produce (farmers stop by on the way to the food market to give the chefs first choice) and traditional recipes. Expect to try tangy pureed beans and plantain, ceviche of raw tuna, and guava–based desserts. Wines are selected according to the menu and all your pre– and post–dinner drinks are shaken or stirred with the best quality liquors and mixers. You'll wake up feeling great, and the outside breakfast buffet of fresh fruit and juices, yoghurts, pastries and the rest, supplemented by eggs cooked however you like them, will set you up for the day.

As you know, though, what distinguishes a true luxury hotel from a 5–star nothing is the quality of its service. It's here, not in terms of facilities, where the Explora wins out. In the restaurant and bar, Soledad and the omnipresent, omniscient Gustavo deserve a medal. The tour guides (in my case praise to Nicolas and Uri) think of everything, including what you haven't yet thought of, and seem to judge perfectly the length and level of each excursion. 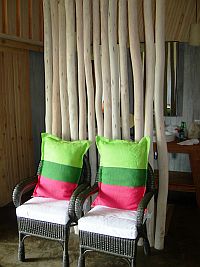 One thing might grate, and it's nothing to do with facilities, service or cuisine. In an island vigorously promoting eco–tourism, there appears to be a surprising disregard for ecological concerns. Air–conditioning and lights are left deliberately on by cleaners, who also insist upon changing the huge white towels and sheets even if you plead with them not to and adhere to instructions on the "save the environment; hang your towels up to re–use them" card. As the manager explained, this is an effort to please demanding guests rather than an attempt to thwart worldwide efforts to reduce carbon emissions. But hopefully that attitude will grow up soon.

The only other architectural booboo is the rather poor disabled access. Despite being only a few months old, there's no disabled toilet or adapted room and the ramp only leads halfway up the steps to the parking bay.

You can only be that picky when you're face to face with a truly superb hotel in a truly outstanding location. If you didn't know you wanted to stay at the Explora Posada de Mike Rapu, that's because it's only just burst onto the scene. Now it has, you won't put up with anything less. And within a few days of leaving, guaranteed you'll wake up wishing you were back there, glass of wine in hand, sun in your eyes, wind on your face, flowers in your hair.

Web Address: Explora en Rapa Nui
Total Number of Rooms: 30
Published Rates: An all–inclusive stay of 3 nights in a double room costs US$2,097 or US$2,730 per person, depending on room. Rates are tax–exempt for non–Chilean residents and include all food, drink, transfers and tours.

Review by Monica Guy, photos by author except where indicated.