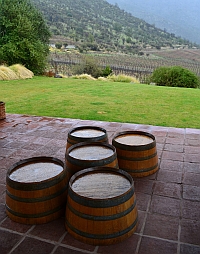 Twenty–five people are employed at Altair, most of them from the nearby village of Pimpinela, and Hospitality Manager Danitza welcomes us to the fold, showing us the cellar before sitting us around a large table for a tasting. You can see marks on the cellar floor where the tanks moved in the 2010 earthquake. "They jumped," said Danitza "and we lost just 300 bottles of wine."

Founded in 2001, with the first wine produced in 2002, Altair sits at 650 meters above sea level and produces only red wine. The produce is not filtered, so you may find a bit of pulp at the bottom of your glass, but the reason for this — as you will discover when you take a sip — is that it gives the wine more body.

With just two labels, Altair and Sideral, Altair has consistent 90+ point rankings from Wine Enthusiast and Wine Advocate. Both varieties have high levels of Cabernet Sauvignon (82% and 75% respectively) followed by Syrah, Carmenere and Petit Verdot. Sideral then has an additional 1% of Petit Syrah which Danitza calls the "little brother of Syrah: softer and more elegant!"

Altair is the more complex of the two and has tastes of chocolate and fruit coming through; it is a rounder, stronger blend best paired with food. If you want to find either on home shores, you are in luck as ninety percent of Altair's produce is exported, with Switzerland, South Korea and Brazil among the strongest markets.

Trekking and horse riding expeditions are possible from Altair, as well as staying for a freshly prepared lunch, but we have more wineries to see so we hit the road again. The main impression that sticks from this hillside winery is the attention to detail and focus on the little touches; for example airing the wine for four hours ahead of tastings, and giving visitors little parting gifts — we receive leather wallets — to see them on their way. 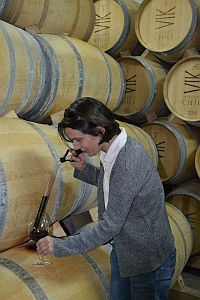 We drive for a couple of hours and end up at VIK where we are welcomed with lunch of pea soup followed by tender steak, mushroom, squash pur?e and tomatoes, and rounded off to perfection with warm chocolate fondant and coffee. Situated in the Millahue Valley (meaning "place of gold"), at the moment VIK has a 4–room lodge with views across the vines, reservoir, and hills below.

This is a private spot, great for families or small groups to hire. But new developments are on the horizon with a 22–room hotel due to open in 2014, complete with a spa, yoga room, and individual rooms all designed by a different Chilean artist.

After lunch, we jump on horses and take a tour of the estate (you can also go by bike, on foot, or in a 4WD) and ending up at the winery. As with the hotel, huge developments are underway at the winery and the building works are extensive and ambitious. From VIK it is also possible to take a three–hour ride over to the neighboring winery Lapostelle, but we opted for wine tasting instead. 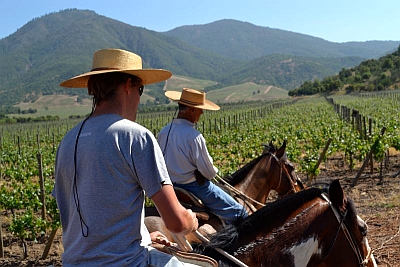 One single wine is produced at VIK. "All products of quality have focus," says Chief Winemaker Cristian Vallejo. "Think of Hermes or Apple." And with ambition akin to the likes of those iconic brands, Vik aims for this one variety to be christened Chile's first 100–point wine.

"VIK is taking things to a different scale in terms of investment and planting," says Brian Pearson of Upscape. "To produce one wine based on a blend of five varieties, they did about 6,000 soil samples to determining the appropriate route to plant the grapes. It was a very scientific approach, taking things to a level I haven't seen elsewhere in Chile."

And this is also what Upscape is doing: this operator takes things to the next level when it comes to wine tours. Whilst many go to the same old wineries, Brian and his team are constantly scouting out new wineries, looking for something original, something that guests may not have seen and can't see elsewhere.

There is a focus on smaller scale wineries where you meet the wine maker and find out what makes the wine special. "This way you feel like you?re learning about the process," says Brian, "It comes down to the people, and it helps when it's not so much a commercial entity but people who want to tell a story with their product." 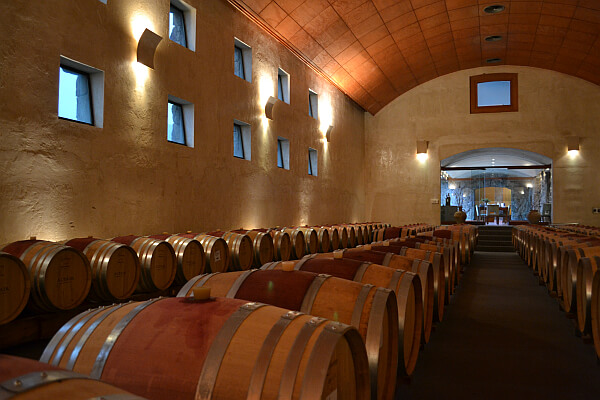 Every single winery that enters the Upscape books is checked personally by Brian; for him, as well as for the winery owners, this is not just a job but a true passion. A?typical tour consists of two to four people, often couples traveling together.

Chile's reputation as a country of fine wine has spread across the globe; this long, thin South American country is the seventh largest wine producer in the world, with output increasing 20 percent in 2012. So, I hope you'll agree that a trip to Chile really isn't complete without at least dipping a toe into the barrel?

Rates for tours start at: US $1,995 for two nights with full board, including bilingual guides.

Story and photos by Gabriel O'Rorke