The latest high-end boutique hotel to grace the streets of Santiago's bohemian neighborhood of Lastarria, Hotel Magnolia opened late 2016. A highly impressive blend of old and new, this design hotel is a hidden gem with impeccable details... 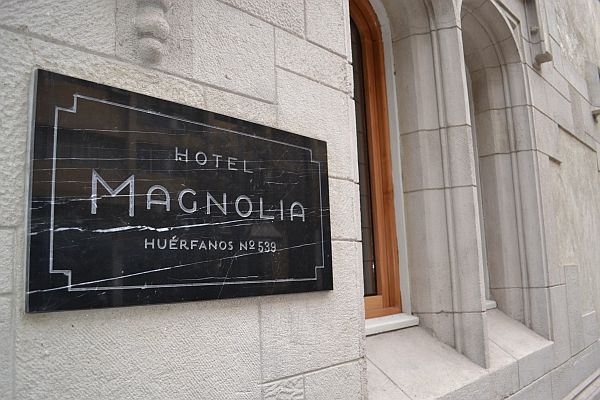 Hotel Magnolia is located on a leafy side street just steps from Cerro Santa Lucia, Santiago's ornate city hill decked out with fountains and foliage, with a turret atop affording fine city views and attracting many visitors—including Charles Darwin when he visited the Chilean capital back in the 1830s.

Lastarria is the area, a charming neighborhood with cobbled streets, the French-inspired Parque Forrestal, and many a mansion that popped up during a 1920s boom. With its stone faﾃｧade and stained-glass church windows, this 1929 heritage building is without a doubt one of the most charming the area has to offer. 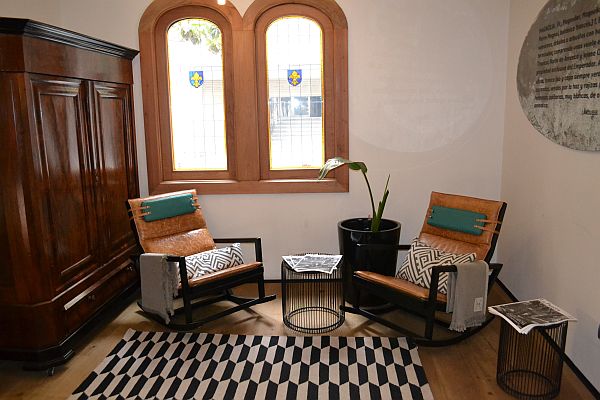 It took a two-year restoration to create what we see today. Architect Cazu Zegers, and interior designer, Carolina Delpiano, are the brains behind the idea of contrasting the original brickwork and parquet floors with glass and steel. Zegers and Delpiano are a well–known duo in the Chilean hotel world, having been the team behind Tierra Patagonia.

The 42 rooms are spread across 6 floors; the original three–story building has been topped with a visionary extension of three new floors stretching up behind a glass outer wall imprinted with the image of the lower floors. The seventh floor opens out onto a roof terrace, with stripy-upholstered chairs and tables stretching out around a bar and views over Santa Lucia. 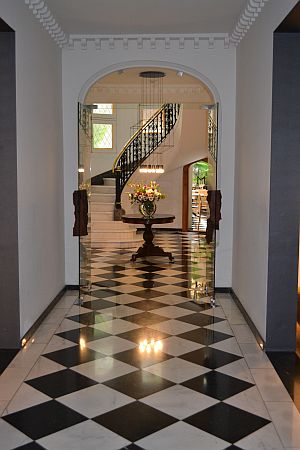 The original house was built for the daughter of a 1920s Chilean politician, a lady called Ana Zegers García Huidobro, by a well–known architect of the time: Eduardo Costabal Zegers. As coincidence would have it, Cazu Zegers, happens to be a distant relative of Eduardo. Perhaps it's no coincidence then that the restoration strikes such a harmonious chord.

For a historic building the amount of light inside Hotel Magnolia is impressive. As well as being exceptionally well lit, a glass floor on the roof terrace casts light down the 6 floors right onto the harlequin tiles in reception. The floors are linked by three sets of staircases窶俳ne original marble flight hailing back to the days when this charming building was a family home, and two symmetrical steel–and–wire constructions which wind their way around striking industrial–style steel elevators.

There are two categories of rooms: Superior and Junior Suites. Both are generously sized, especially for city hotel rooms, and each one differs slightly (as often happens in historic buildings) but are characterized by calming wood surfaces and neutral linen upholstery. The upper three floors have eucalyptus plank walls and ceilings, giving them an attic feel but with high ceilings keeping them restful and light.

The original parquet floorboards have been moved 90 degrees to serve as wall boarding in the hallways on the upper three floors. Chilean artists have been called in to help with the details—from carved Alerce wood door handles made by sculptor Jessica Torres; to headboards painted with Chilean birds, mountains and palm trees by artist Macarena Illanes; and reproductions of the original stained-glass windows by Ivﾃ｡n Carrion. 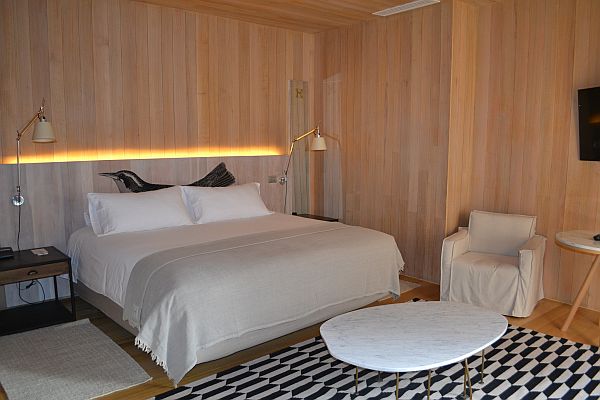 One of the draws to staying in Lastarria is that there are plenty of bars, cafes, and restaurants (as well as art galleries, boutique shops and street markets) within easy walking distance. The Magnolia Restaurant, however, serves good Chilean food should you want to stay put. As the hotel is new, it's not widely known about, so they don't receive many walk-ins, but the design is very agreeable with blue–velvet upholstery, statement lampshades, and large leafy magnolias giving a greenhouse feel.

Chilean Chef Claudio Zuñiga changes the menu depending on the seasons. There are just four options per course with some good local classics like chupe de centolla (crab stew) and flan de manjar (crème caramel). The price is very reasonable at just $28 USD for three courses. There's also a good selection of Chilean wine and local beers behind the bar. 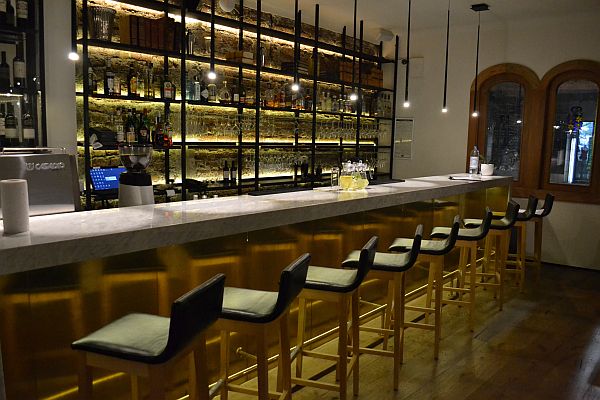 As for the extras, rooms are decked out with large televisions, Britt espresso machines, and minibars. There's a small gym, as well as a couple of meetings rooms. There's no swimming pool or spa—the nearby Singular Santiago and Luciano K both have small rooftop plunge pools—but perhaps the team decided there wasn't space to do one properly. There is, after all, a refreshing feeling throughout Hotel Magnolia that everything has been done to the most exacting standards, something that is not a given in boutique hotels of its ilk.

Santiago's hotel scene is going from strength to strength, with a good pool of high–quality hotels to choose from. Hotel Magnolia isn't as well-known as many of its counterparts, but that's no reflection on its quality. It is an exceptionally well–done city hotel, immediately taking place among the best the Chilean capital has to offer.

Review and photos by Gabriel O'Rorke.