A new addition to the bohemian neighborhood of Lastarria, The Singular Santiago brings an injection of style, panache and energy to this arty area of the Chilean capital. 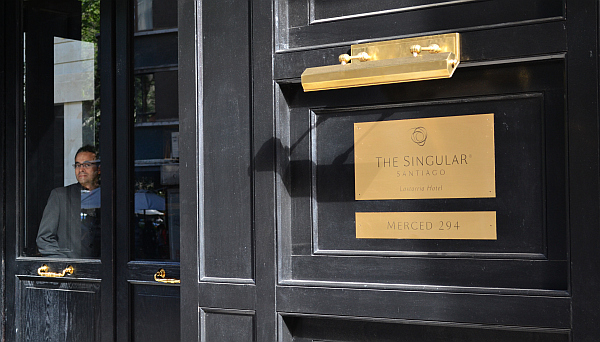 This new boutique hotel (opened late 2014) onto a street called Merced, delivers an air of aplomb more akin to a hotel in London's Mayfair, or New York's Upper East Side. Brass–handled black doors swung open by doormen welcome you into the fold, and a concierge greets you with a box of chocolates. The escapism begins.

As you make for the reception, you pass the ground floor bar, Merced 294, with its stylised French cartoons in frames hung side–by–side and conical brass lamps dangling over the marble bar. There's a medley of furniture, from leather armchairs to velvet sofas, and waiters in white jackets and black bow ties deliver cocktails and bowls of olives. 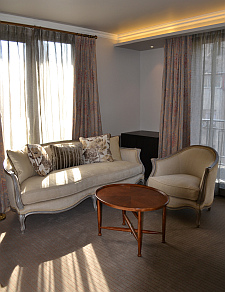 The Singular Santiago has 62 rooms, nine on each floor, with six rooms facing the street Merced and the pretty Parque Forestal beyond. Three on the back have views towards Santiago?s largest cultural center, the Centro Cultural Gabriela Mistral (known as GAM) The best views overlook the park and on the higher floors there are also vistas of Cerro San Cristobal, a city hill reached from the nearby neighborhood of Bellavista, easily scaled with the help of a bottle green 1990s funicular.

A new build, The Singular took 22 months to construct, becoming Chile's second Singular hotel owned by a Chilean family with Swiss origins. The first, and sister hotel, is The Singular Patagonia, famous for its wonderful situation inside a converted factory which was built by the British in 1915 to process mutton and sheepskins. Although not located in an historic building, The Singular Santiago maintains an old–world feeling with a clear 19th century French influence, which works well in this part of Santiago with its Parisian-style parks and buildings.

The bedrooms are split into different categories and styles. Firstly, there are the patio rooms which are small but provide a good base if you plan to spend all day out and about exploring the city. These rooms have green color schemes and no balconies. Next there are the classic rooms, which have an Oriental feel with Asian–style paintings and red trimmings. Then the Singular rooms, with beige, black, and blue d?cor and proper bathtubs, rather than just showers. 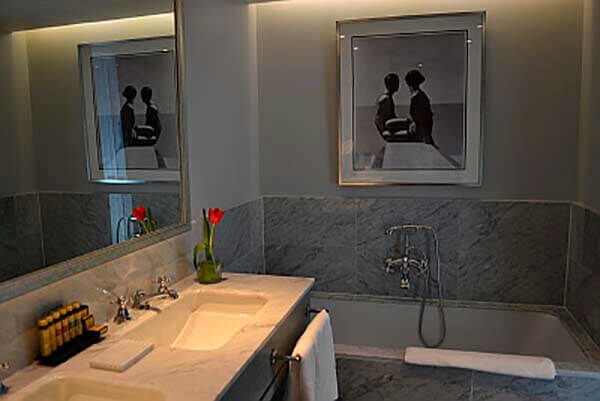 Take the elevator up to the top floor and you're greeted by a wall of stylish Vogue prints, a fitting welcome to the bistro-style space which opens out onto a roof terrace with an outdoor swimming pool. It is more than a plunge pool, but not big enough for swimming lengths — somewhere to dip in to cool off before reassuming your position on the sun–lounger. The view from up here is one of the finest found on any rooftop in Santiago as it encompasses two of the city's hills, Cerro Santa Lucia and Cerro San Cristobal. Even if you?re not staying at The Singular you can pop up here for a Pisco Sour at sunset. 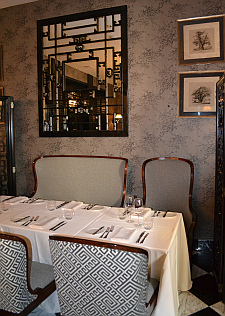 As for food, the rooftop bar is open from midday to midnight and offers nibbles and sandwiches. Similarly, the ground–floor bar has a snack menu and serves tea and coffee by day. But the real cuisine is found at the ground–floor restaurant or in the private wine cave which you can book just for yourself, with your very own sommelier to talk you through the cellar packed with 50 different Chilean wines.

Chef Laurent Pasqualetto is the Executive Chef at both Singular hotels (he previously worked at Explora), and he brings a clear Patagonian influence to the menu with guanaco carpaccio, king crab, and Patagonian lamb. There is also a good cheese selection (proper cheese is hard to come by in Chile and it's not rare to have varieties described to you as "white, yellow, hard or soft") with Chilean brie and Camembert from Valdivia. All meals are served a la carte, including breakfast, and coffee lovers are in for a treat as they use the locally–toasted Chilean brand, Café Lama. There's an old–school sense of occasion, not just because of the charming white jackets worn by the waiters but also with little details like carving lamb at the table and wheeling out a trolley to make crepe suzette before your eyes.

As for what to do when in Santiago, the concierge doesn't just supply very good chocolates but also helps out with tours and advice for what to see and do in the area. And, after a day of sightseeing, few things are better than heading down to the spa. Located on minus two (there's also a gym on minus 3 with a yoga studio and 15 machines for working out), the spa covers 300 square meters and has a steam room and sauna, and four treatment rooms — one especially kitted out just for facials and two for couples treatments.

You are greeted by soft–spoken spa ladies all dressed in white, and can't help but feel relaxed even before embarking on a treatment. There's a 7 Chakras theme, so the massages aim to balance body and soul. You can either choose a specific chakra (love for example) or ask for one that goes through all seven. Couples treatments start with a soak in the Jacuzzi before lying side–by–side for soothing massages. 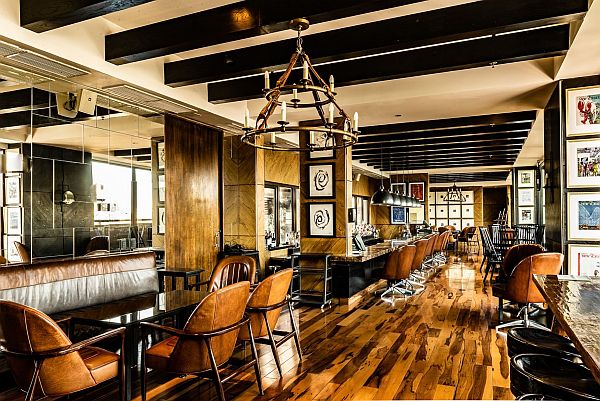 At the moment there are 65 members of staff at The Singular Santiago, but the plan is to increase this to 89. No other hotel in Santiago provides this level of service whilst also being located in a historic part of town near to art galleries, the Plaza de Armas, and many restaurants and bars. It will, of course, be used by those heading south to The Singular Patagonia, but a hotel of this caliber is also bound to become a favorite for many visitors to Santiago. Quite simply, there?s nothing else quite like it in town. It is somewhat singular, you could say.

Review by Gabriel O'Rorke, photos by author except where indicated.