The Lodge at Valle Chacabuco — Aysen

In one of the most remote parts of South America, The Lodge at Valle Chacabuco is a hidden gem of the kind that high–end eco–travelers can normally only dream about. 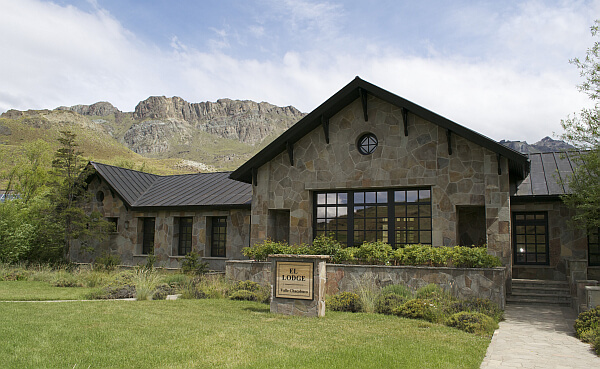 The Lodge is not just a hotel; it is part of a movement, a belief system, and an effort to change the way we live. The motive behind its existence was not to make Chile's best hotel (although The Lodge is quite outstanding), but to preserve Patagonia's ecosystem and the original species that belong to these planes, mountains and valleys.

In 2004, renowned conservationists Doug and Kris Tompkins (Doug founded both North Face and Esprit, and Kris was the CEO of Patagonia clothing for many years) bought a 178,000–acre estancia running between River Baker and the Argentine border. The sale was controversial since gaucho culture is the traditional way of life here so altering this structure—even if tourism and conservation bring more work than a ranch—went against the tide. 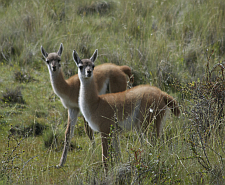 Yet, change came to this traditional corner of Chile and Conservacion Patagonia (a non–profit organization founded by Kris Tompkins in 2000) came into possession of the estancia complete with 15,000 cows and 20,000 sheep. The livestock was sold on, and jobs were offered to all prior workers, many of whom took on roles as park guards, guides or wardens.

This land was once one of Patagonia's largest ranches, and with the subsequent acquisitions of neighboring reserves, The Lodge now sits on a 650,000–acre plot, almost equal in size to the Yosemite National Park. It is called the Future Patagonia National Park—?future? because the Tompkins' plan to donate the park to the Chilean government, so it can become an official national park. 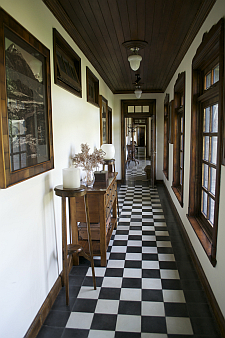 Estancia life is such an integral part of Patagonian life, yet over–grazing had driven away the valley's native populations of guanaco and huemel. Stripping the estancia back to its natural state, the team took down 400 miles of fencing; a move that brought about an immediate reduction in animal mortalities, since animals often get caught in fences.

Part of the project is the stone and wooden Lodge, which was originally intended to serve as accommodation for volunteers. However, says Eli Steltenpohl, who first came to Valle Chacabuco in 2007 as a volunteer and ended up staying to work for the project, "as it developed, the lodge became this beautiful place which we realized we could offer to paid guests."

Beautiful is an understatement. The attention to detail applied to each and every nook and cranny is incredible, as is the fact that something so akin to a luxury safari lodge was built for volunteers. Yet, this is all part of ethos. When you see the staff houses, which are equally as beautiful as The Lodge, you will realize that this is a project quite unlike any other. 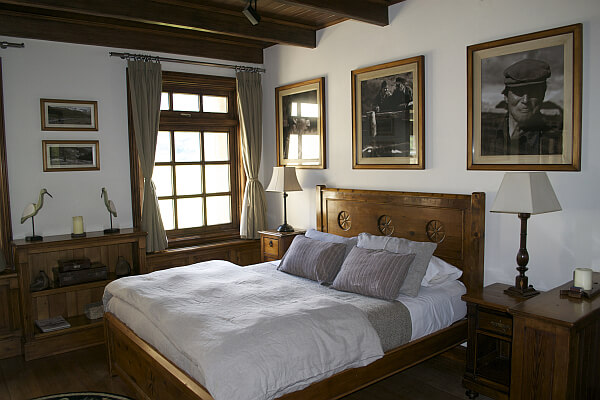 The Lodge at Valle Chacabuco has six bedrooms, each one named after a local animal: guanaco, puma, condor, ñandú (Darwin's Rhea), caiquén (a local goose), and huemul. The latter is a small endangered deer which the park is especially trying to protect; there are only about 2,000 left in Patagonia, at least 100 of which are right here in the valley.

The living room has deep leather sofas, harlequin floors, wood paneling on the walls, and a large fireplace. Paned windows frame the view, and huge black–and–white photographs of local animals, landscapes and gauchos with their horses line the walls.

Doug is especially involved in the design aspect. "We think about the whole experience, inside and outside so there's a complete beauty," says Eli. "We want the architecture and infrastructure to blend in, but at the same time be beautiful. It has been a huge investment making an example of the ideal park and we hope it will serve as an inspiration for other parks in Chile. This hope goes hand–in–hand with showing that there?s economic value in preserving the environment." 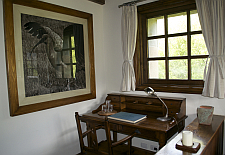 Breakfast and aperitifs before dinner are served in the main building, but other meals are taken at the stand–alone bar and restaurant, El Rincón Gaucho. With a view over the lawn and landing strip (the bush plane arrivals only increase the similarities with a safari lodge), the restaurant has hand–engraved wooden panels, a beautiful open kitchen, and a barbecue fire in a room inspired by the old Patagonian railway stations.

The food is comforting, local and varied. You won't find haute cuisine in Aysen—remember this is the most remote part of inhabited Chile—and fare of this quality is very welcome when you've been road–tripping. Citrus fruit and beetroot salad is followed by chorizo and broad bean stew, then carrot cake to finish. All with a glass of Chilean Carmenere. 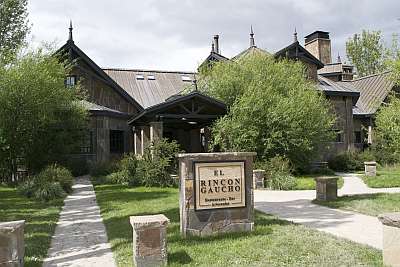 Most visitors come in their own 4WD vehicle, and spend the days exploring at their own pace, however guides are available. There are several hiking trails in the park, from short to full day hikes, and fishing and rafting is available on the nearby River Baker. For intrepid travelers, the team is preparing a week–long trek from Valle Chacabuco to Cochrane, which they hope will be the new W of Torres del Paine.

The clue is in the name: this is just the beginning for the Future Patagonia National Park. It is early days for this ambitious project and the cogs are still being oiled. A new manager is whipping the team into shape for the upcoming season (The Lodge is closed from May through September) when the visitor's center will also be completed. This is no normal hotel, but part of the creation of the ultimate national park, and the idea is that guests gain a deeper understanding of the conservationist work that has made this valley what it is. 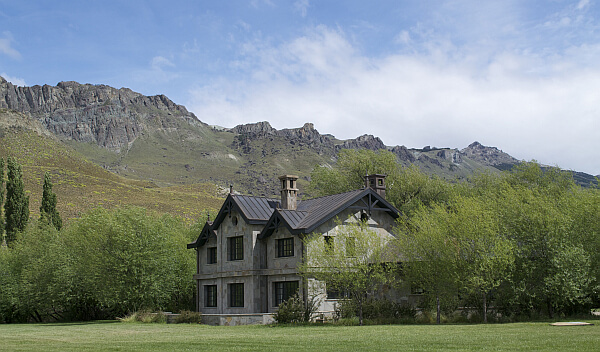 A trip to Aysen is for the intrepid and adventurous: the roads are mainly unpaved. The Lodge offers a B&B service, with other meals and packed lunches available on request. This is an unbelievable part of the world, and the landscape will carve an image in your mind that will last forever. The Lodge is perfect for adventurous, independent travelers who want to get out there and explore without foregoing the comforts of high–quality food and accommodation. This is a wonderful base for those who want to see untouched Patagonia.


Web Address: PatagoniaPark.org
Total Number of Rooms: 6 rooms in the main lodge, 4 more in an extension opening in late 2015
Published rates: $150 - $350 USD per person B&B
N.B. The season runs from October 1 through April 30, so The Lodge is closed from May through September.

Review and fotos by Gabriel O'Rorke.