At the foothills of the Mar de Dunas (Sea of Dunes), Wara is a seven–bedroom boutique hotel inaugurated by Antonio Banderas and Juliette Binoche. 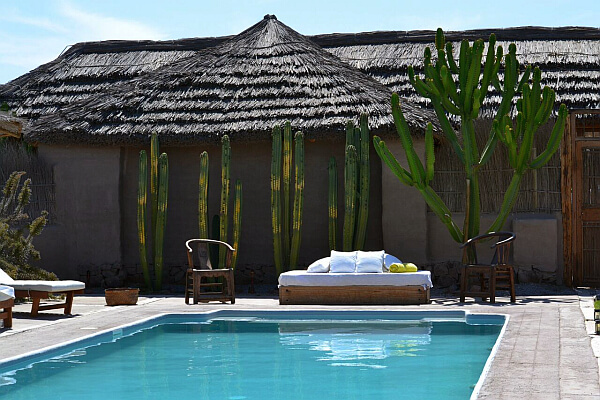 Hotel Wara opened its finely carved doors back in February 2014 when Copiapó rolled out the red carpet to welcome the actors and crew of The 33, the movie about the Chilean miners who were trapped underground for 69 days back in 2010. Among the film crew were Antonio Banderas, Juliette Binoche and Gabriel Byrne, all of whom checked into Hotel Wara for a month and a half during filming.

The hotel is situated within an adobe wall, on the edge of an oasis, just half–an–hour from the Desierto de Atacama Airport. Enter through the wide gate and pampa grass lines the driveway leading you towards the hotel; large cacti and clay urns surround the wooden front door and an array of thatched roofs sit on top like straw hats.

There's a feeling of entering a private house as you pass through the antique doors with their engraved glass paneling. Vibrant locally woven rugs create splashes of warmth on the smooth floors and adobe columns separate the hallway from the garden with its trickling fountain, giant cacti and Algarrobo trees. 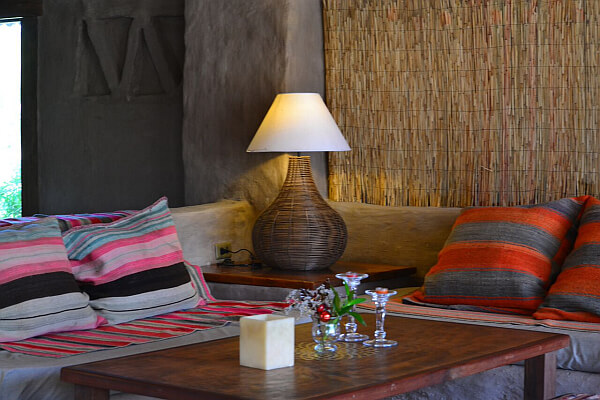 There are just seven bedrooms at Wara, each one with private gardens, fireplaces, and huge en–suite bathrooms. The heart of the communal area is the large dining room with its open fire (constantly lit, even at breakfast) and formal mahogany tables, alongside more laid–back lounge tables waiting to be occupied for an aperitif. 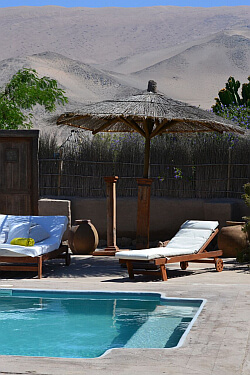 The swimming pool is located off to one side of the main area; being enclosed makes it nice and private and you can book a private dinner in the adobe dining room at the far side of the pool. As well as the large swimming pool surrounded by double sun–loungers, there's a plunge pool, and a wood–fire hot tub hidden behind billowing curtains. You can reserve the hot tub at reception: it costs $70 USD to use for the whole evening, and the price includes two drinks.

As for food, being just half an hour from the coast means incredible shellfish. The starters are especially good, and range from scallops covered in parmesan cheese to the Chilean delicacy "locos" (a type of abalone) and the freshest oysters. Mains are robust and traditional, with fillets of fish (reineta, congrio or salmon) and beef served with potatoes and vegetables. Breakfast is a highlight, and waiters make almost a performance of delivering an array of delicacies to tables on the edge of the garden. Following on from tea and coffee, there are scrambled eggs, fruit salad, fresh orange juice, and yogurts cooled in ice. 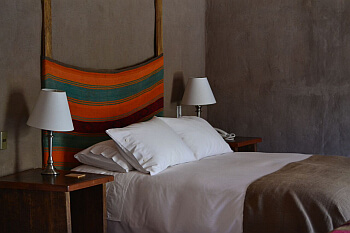 If Wara looks somehow familiar, that's because the owner, Susana Aránguiz, was the designer behind Awasi Atacama up in San Pedro. Like a drink made with similar ingredients, Wara and Awasi have a certain look and feel in common. The difference is that at Wara, Susana is not only the designer, but the architect, builder, landscaper and manager.

Wara is 100 percent Susana's project and she is working to put the Atacama Region on the map. Copiapó is not on the main tourist trail like, for example, San Pedro de Atacama (which is somewhat confusingly in the Antofagasta Region not Atacama), Patagonia, Easter Island, and the wine lands, but that is part of its charm. Forget the swarms of backpackers and adventure package tourists further north in San Pedro—here you are off the beaten track.

Highlights in the area include visiting the beaches along the Pacific Coast, especially Bahia Inglesa with its white sand and turquoise waters; having a picnic up on the dunes; or exploring the valley leading up to the Andes where bright green vineyards creep up to the edges of the arid hills. 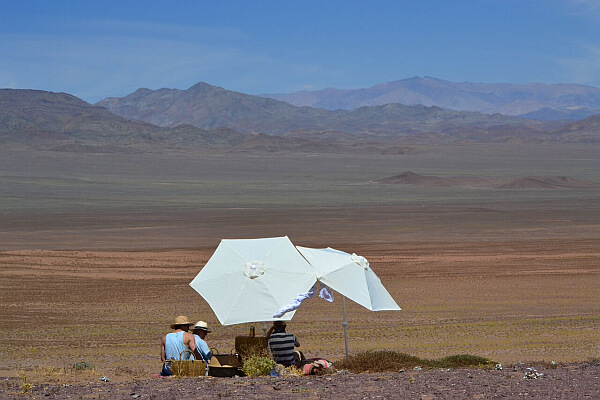 Tours are not included, but Wara works with a local tour operator. "For me the relation with the community is very important, so we use local people," Susana says. The hotel can also provide picnic hampers which come in a wicker basket filled with a meat and cheese platter, sandwiches, nuts and dried fruit, along with a cooler box with fresh juice and wine.

There really isn't another hotel in the vicinity that compares to Wara. Zoom out a little and alongside its northern neighbors (Explora, Tierra, Alto Atacama and Awasi) the wheels of Wara need a little oil—after all, it is still early days for this hidden gem, but all the key ingredients are there.

Web Address: https://wara.cl
Total Number of Rooms: 7 suites, including one double villa
Published rates: US$220 to $400 per night BB

Review and photos by Gabriel O'Rorke.