Cooking, Culture, and Cobblestones in Colombia


Seeing Colombia through rural and urban lenses: experiencing village life and long-running traditions in the countryside and exploring the gastronomic delights of Bogota and Medellin. 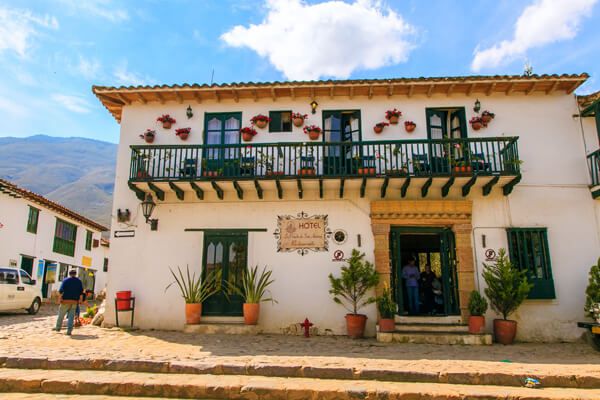 “We're interested in culture,” my husband Paul and I told our tour company before we booked our trip with them to Colombia. “Actually, we're more than interested. We're obsessed. Can you arrange a tour for us that will include the history, food, architecture, arts, native people and the real lives of locals?”

As soon as they said yes, we said yes, and we just returned from a trip that not only delivered on its promises, but exceeded them.

In Bogota — which we had visited before — a dynamic explosion of energy was waiting for us in our van. Her name was Sofia Samper; she was raised in Washington D.C., owns a pastry shop, writes about the history of gastronomy, and she was our private Colombian chef for the day. We drove to a large local market in the north of the city and went shopping for lunch. Sofia introduced us to fruits we had never seen like feijoa, gulupa and pitaya; tiny yellow potatoes called criolla; and the daily bread of Colombians, thick, tortilla-shaped arepas that are generally made from corn, but can also contain rice and yucca. The local vendors were as interesting as the comestibles, and we talked, joked and laughed with them until Sophia had to drag us out of the market to start cooking. 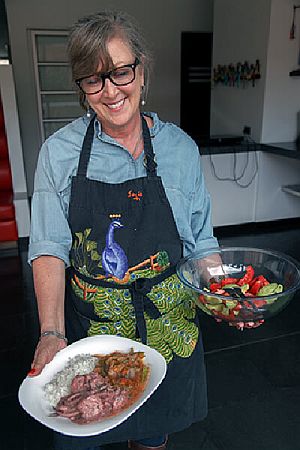 The kitchen we used was in Sophia's boutique hotel, the arty Casa 95, and as Paul chopped and peeled and learned the history of the dishes he was preparing, I mingled with guests from Venezuela in the dining room. The talk was so fascinating, that when I looked up, the meal was ready. The main course was a Pacific coast dish made with shrimp and squid that are bathed in coconut milk. It was accompanied by Andean vegetable stew and cubio, a tuber we have never tasted before. Dessert was a lush assortment of the exotic fruits we had bought.

After eating, we needed to burn off some calories, so our charming guide German whisked us off to play the national sport: tejo. Basically, it involves tossing an iron disk at a clay target. If you hit the target, gunpowder explodes and everyone yells out “mecha!”We were the hit of the local tejo joint, because it's rare that visitors get down and toss the disks. Upscale? Hardly. Authentic? Totally.

The next day, we drove about three and a half hours past rolling hills, grazing cows, forests and farms to Villa de Leyva. Enroute, German played a DVD about the Colonial town that was founded in 1587, so we'd have some background to enrich our visit. We stopped to eat at Restaurante El Refugio del Sisga, a lakeside, rural eatery that served sopa de cuchuco, a delicious soup made from pork, vegetables, potatoes and corn, followed by smoked pork smothered in mushrooms.

When we arrived in Villa de Leyva, we felt as though we were in the DVD, experiencing the wood, stone, and adobe architecture; cobblestone streets; shops selling textiles, leather, clothes, and jewelry; white-washed buildings with green doors and balconies; music spilling out of more than 90 restaurants; and the largest plaza in Colombia with its fountain that was used by ancient inhabitants.

Our hotel was originally a Colonial house built around a central courtyard, and the furniture, lace covers on the bed, and wedding chapel are redolent of a bygone era. The salons are filled with both traditional and edgy contemporary art, and the choice of five different breakfasts (ranging from a local soup to American fare)was a surprise. The room was comfortable and adequate, but more memorable for its authenticity than its luxury. 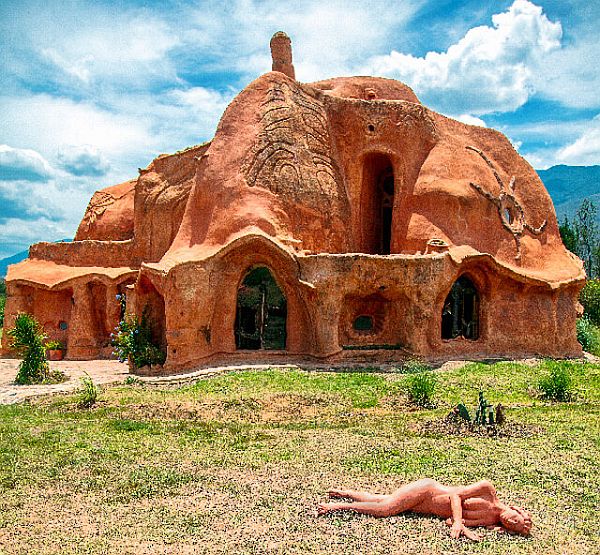 At night, German took us El Patio Andaluz, where we dined on tapas from a balcony overlooking the plaza.

On Saturday morning, we were whisked away to the local market, which was bursting with the bounty of the land, and then to Casa Terracotta, which was not on the itinerary, but German thought we'd like it. He was right. It took l4 years to build the swooping, sloping house from clay. Everything inside is also made of clay, including the knobs on the stove. Then we headed into the Andes mountains and tried our hand at pottery with a master potter. If we had stayed longer, we might have produced something worth shipping home, and the potter said he could easily handle that. 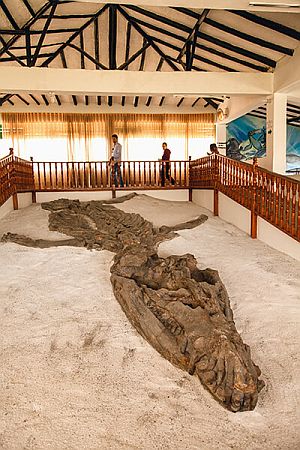 El Fossil Museum isn't an appealing name, but the star of the museum is mesmerizing: a 125-million-year-old fossil of a l2-meter-long marine reptile called a Kronosaurus. The museum was built around the huge skeleton, which was left exactly as it was found, and looks like a cross between an alligator and a whale. And close by is Santo Ecce Homo, a stone and brick convent with two bell towers built by the Dominicans in 1620; today it is a museum of church art and vestments. A man who works at Ecce Homo took us around and showed us his favorite piece in the collection: a painting of Christ's head. When you stare at it, the eyes sometimes look open and sometimes shut; the same is true of the mouth.

The second part of our trip was in Medellin. A gorgeous location in a valley surrounded by mountains, and best known for drugs, crime and danger, right?

Wrong. The city has been completely turned around by enlightened leadership. A cable car ride took us over what once was one of the most terrifying neighborhoods, and the construction of the cable car changed the life of the inhabitants. It used to take them two hours to get to a job in the city, which meant four hours of travel a day. Many of them just gave up. Now the cable car connects to the train system, and the two-hour trip is reduced to half an hour. Consequently, many more people are employed. 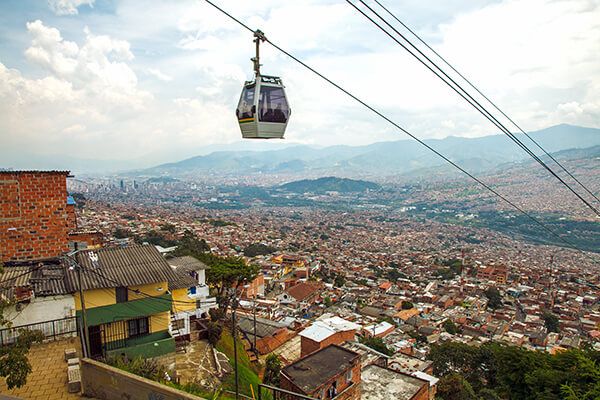