An oasis from the hustle and heat of this Caribbean city that's full of history, Hotel Boutique Don Pepe offers surprisingly polished hospitality. 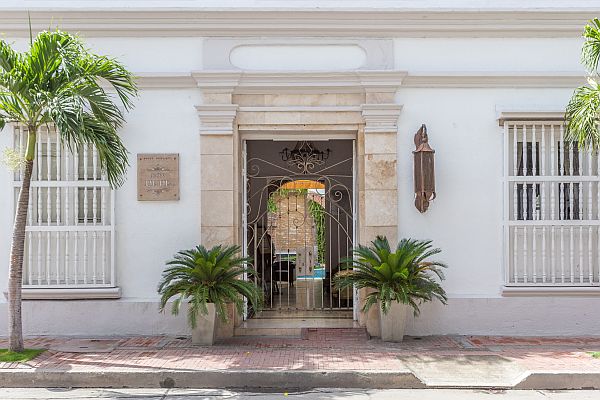 In 1996, Don José Benito Vives (aka Don Pepe) acquired one of the oldest buildings in Santa Marta. Completed in 1530, the colonial building had been abandoned and Don Pepe intended to restore it and turn it into a boutique hotel. Three months after making the purchase, Don Pepe died. Boutique Hotel Don Pepe opened without him in 2013, offering 12 rooms, each named after a member of the patriarch's family and each with a childhood photo of that person. Current management is committed to honoring their legacies by offering the best hospitality they can provide.

The space is peaceful and stylish, while the structure includes lovingly restored colonial architecture. A good example of this is the formal front dining room in which it's said the body of Latin independence hero Simon Bolivar was hidden after he died of tuberculosis in Santa Marta in 1830.

The central courtyard is dominated by a small but satisfying pool. Cool tiled hallways and stairways lead to upper levels with the hotel's Sol y Mar bar and award-winning spa. Operated by Pevonia from France, the spa offers a wide range of massages (40-60 minutes and for about $30 to $47), facials (including one with lulo fruit for around $60), and packages. 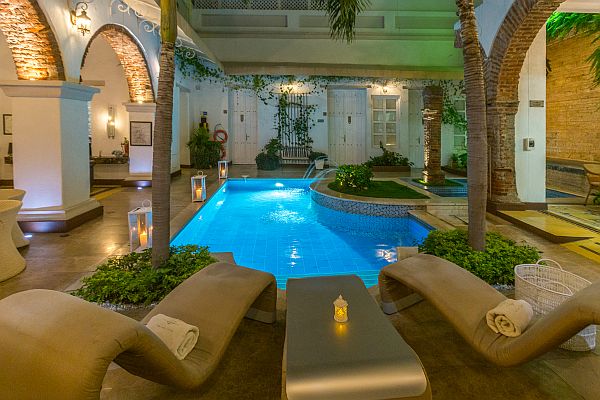 Multiple furnished patios make it easy to find your own personal hangout, perfect for relaxing and enjoying sunset. Buzzers on each patio allow you to summon a bartender if you need a cold beer or a cocktail. Private romantic dinners can also be arranged on one of those terraces with a violin player, candles, and roses.

Three rooms are on the ground level just steps from the pool. These rooms are the darkest (per original colonial architecture which mandated smaller windows and higher ceilings to mitigate the heat). However, if the pool is your focus or if you don't want to climb stairs these rooms are great. If you have serious mobility issues, reserve the Patricia room which is outfitted for those with wheelchairs or who need assistance when walking including wider doors, a roll-in shower with a seat, handrails at the toilet, and a lower bed that electronically tilts and lifts (along with a second traditional bed). Accessibility features like this are very unusual in Colombia. 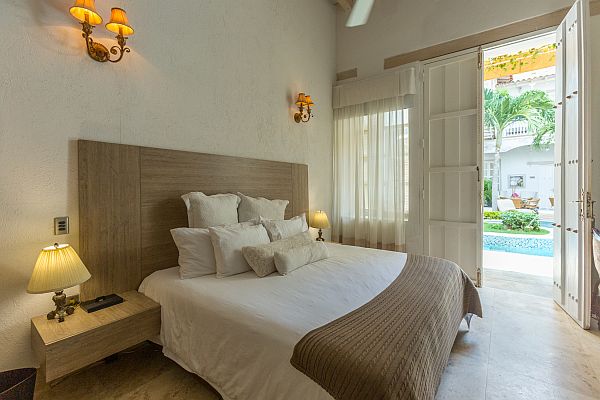 Rooms on the second floor have more interior light, thanks to larger windows and glass doors. They also have small patios over the central courtyard and pool. The spacious and elegant Rosa y Pepe Suite (named for Don Pepe and his wife) has a large living room with a massive original mirror with a copper frame and an original dining table. The large bedroom has a draped King size bed and a private patio with a jetted tub. 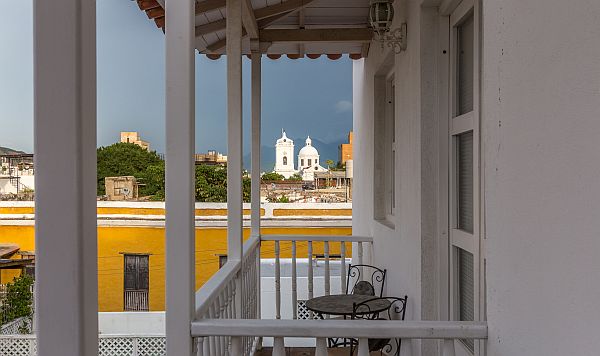 All rooms feature copper bathroom fixtures, air conditioning, Wi-Fi, a large TV with cable including English-language stations, a desk, a mini-fridge, L'Occitane bath products, and robes and slippers. The décor is sometimes an odd mix of old and new (a pressboard headboard in a room with antique chairs, for example), but the overall effect is homey. That feeling is fostered by proactive, ever-helpful staff members many of whom also speak English.

Guests of Boutique Hotel Don Pepe also get a code that allows them to use the Soundwalkers self-guided audio walking tour of Santa Marta (in Spanish and English). The tour is partly narrated by Colombia's beloved Grammy and Latin Grammy award-winning singer Carlos Vives, who is a descendant of Don Pepe. The tour takes about 1.5 hours and includes about 14 central locations and much talk about pirates, bananas, earthquakes, and other milestones in the city's long and colorful past. But be warned: the Soundwalkers map can be confusing or downright wrong. 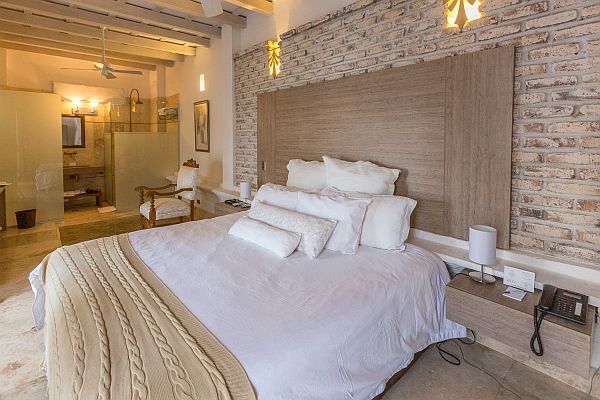 Don Pepe was a pioneering banana entrepreneur and champion of Santa Marta. He studied the banana industry in the United States, then returned to Colombia after the so-called banana wars of 1928 during which workers went on strike for better conditions, shutting down the industry for a month before the Colombian military massacred many of them. It's a dark event that's at the heart of Gabriel Garcia Marquez's One Hundred Years of Solitude.

So, it should be no surprise that the hotel's restaurant is called Bacota after the Spanish word for the banana plant flower. The menu includes pasta, meat, and fish options including an excellent salmon served on lemon slices with a fresh, citrusy risotto. At breakfast, don't miss the chance to try cayeye which is made from layers of mashed green plantain. It's a nice alternative to eggs. 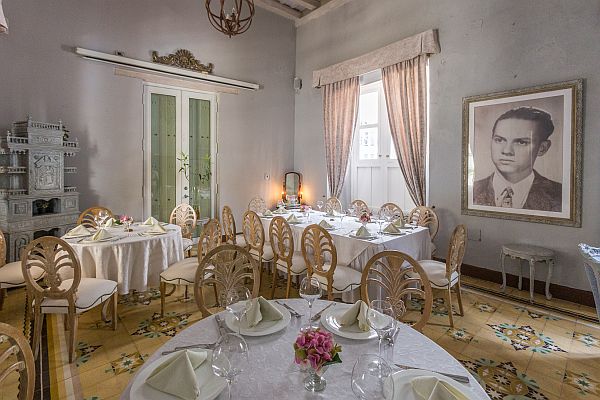 After a hot day of exploration in and around Santa Marta this hotel is a friendly, rejuvenating haven close to restaurants (don't miss Ouzo Restaurant & Bar where an accomplished North American chef is making the most of local ingredients), central attractions, and the sea.