Eco–tourism, where visitors get to experience nature in its most pristine state, remains the number one reason to visit the small Central America country of Costa Rica, but golfers haven't been overlooked either. Several outstanding resorts provide quality golf courses that rival those back home 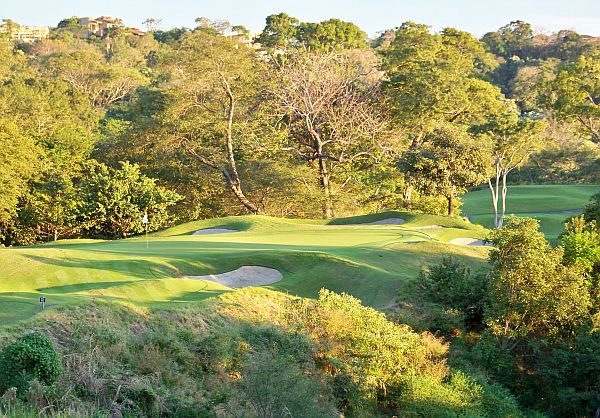 The small country Central America country of Costa Rica has made a name for itself as a natural paradise where visitors can enjoy adventure activities in a natural environment or just relax on one of the many beaches. Now it has achieved another important milestone, receiving the 2014 Golf Destination of the Year Award for Latin America and the Caribbean from the prestigious Association of Golf Tour Operators.

With six 18–hole championship courses and some nice 9–hole layouts, Landy Blank of Costa Rica Golf Adventures, who started bringing tour there in 1996, believes that this is just the right amount of good golf to create a memorable golfing experience. Plus there is the year–round climate, the beauty of the country, and some superior places for golfers and their families to hang their hats at night.

The country offers two international airports: one near the capitol city of San Jose in the Central Valley, and the other on the Northwest Pacific Coast in the Guanacaste region. "Ideally, you arrange your itinerary to land in one and depart from the other in order to experience the amazing variety of activities that Costa Rica has to offer," adds Landy.

Arriving at the Daniel Oduber Quiros International Airport in Liberia gives golfers opportunities to play three of the best golf courses in the country within an hour's drive. 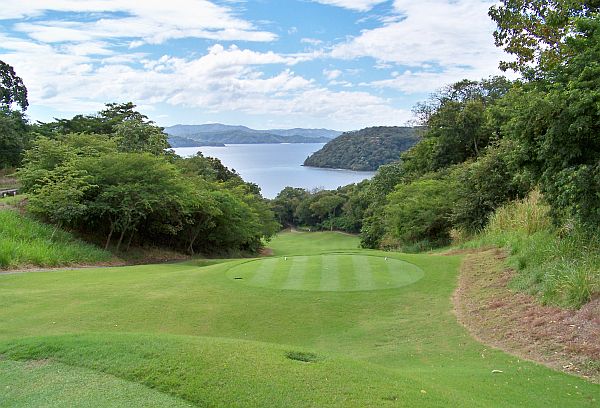 Without a doubt, the Arnold Palmer design at the Four Seasons Costa Rica at Peninsula Papagayo is the crown jewel and the No. 1 course in Costa Rica. It sits atop one of the highest plateaus at Peninsula Papagayo, overlooking Bahia Culebra, and provides spectacular views of the Pacific Ocean on 14 of the 18 holes. Natural elevation changes create unforgettable holes, including a nice mix of long par 4s with short tricky ones. Perhaps the most dramatic hole has to be par 4 Number 6 with a 200–foot drop to a valley–shaped fairway. The course plays 6,788 yards from the championship tees, but is accessible to golfers of all levels with four other tees, including the forward tees at only 4,880 yards.

The course used to be open to hotel guests only, but new director of golf Randoll Viquez, now says it is open to others. The fees are a little pricey at $230, but as someone who has played many of the top 100 courses in the world, I guarantee it will be worth it. It's not a course you can walk, but there are some interesting rides through the rainforest to the next tee that will be worth it. 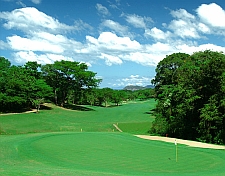 About 40 minutes south is the Reserva Conchal Golf Club at W Costa Rica Resort & Spa. The Robert Trent Jones Jr. design is one of my all–time favorites since I played it more than 500 times in the three years I spent there as the director of golf from 1998 to 2000. A few years back, the course was reduced to a par 71 when some property next to the ocean was used for a beach club, resulting in the loss of the par 4 16th and the old tee box on the par 3 17th. A new par 3 was added, now the 15th, and a new routing for the last six holes resulted. You now play to the 17th green from new elevated tees on another side of the water. "It's even better now," added Blank. I agree it's more challenging as my first shot didn't make it over the water on a return visit recently. I did hit the green on my second try from the whites and caught the bunker on a third try from the blues.

The 18th is one of the best risk/reward finishing holes I've ever played. Water comes into play down the entire left side. After a good drive from the whites, I took the risk with a 3–wood from 200 yards to get to the back of the green and just missed an eagle putt from 12 feet. There's "mucho agua" to avoid in other places on the course, too, and a lot more elevation changes than you might expect, including a 100–foot drop from the 12th tee to a narrow fairway with woods and out of bounds on the left and a lateral hazard on the right. Director of golf Carlos Rojas points to the par 5 Number 4 with views of the ocean as the signature hole. Fees are around $150 for 18 holes and lower for 9 holes or with twilight rates.