The close encounters with the sea lions and their lack of fear was even more apparent while snorkeling. While sea lions might be sluggish on land, they flip and twirl like whirling dervishes in the ocean, even bumping you if you are in the path of their fun. Karina advised to keep our hands behind our back if they got to close and enjoy the show, which came with a backdrop of wandering angelfish, trigger fish, stingrays and even a lone white tip reef shark. 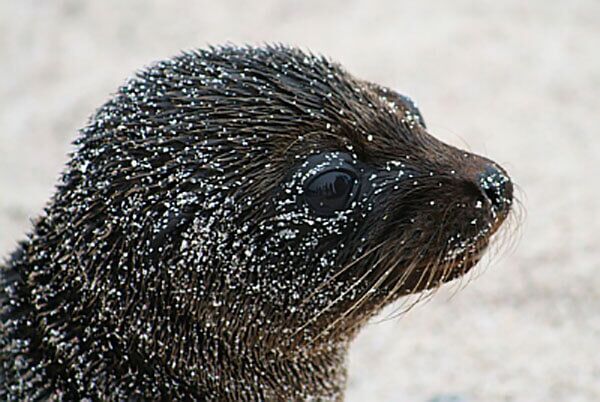 The precautions aimed at preventing damaging human impact in the Galapagos also included avoiding the slightest transfer of live material or sand from one island to another. As part of the itinerary we visited a different island each day, starting with San Cristobal and making our way clockwise to Santa Cruz. Morning and afternoon activities included hiking, snorkeling, panga boat tours and even kayaking, and after returning to the Flamingo I from land visits, a hose spray down of our feet by a crewmember was regular practice prior to boarding. Following the hike on Espanola Island, many of us weren't allowed to board until sea lion poop was removed from our hikers.

These careful safety measures, which could seem a bit extreme at times, were reaffirmed by disheartening tales of introduced species, such as goats, cats and blackberries that have reshaped the Galapagos landscape and driven species like the world famous tortoises and iguanas out of their natural habitats.

Although many of the tour companies that navigate the Galapagos waters follow strict protocols, Ecoventura seems to go above and beyond. This is actually one of the big reasons Karina, a veteran guide whose worked for various companies including large cruise operations, decided to join Ecoventura. 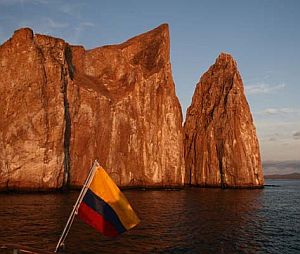 "Not all boats use biodegradable bathroom products. Biodegradable sun block is also just a suggestion," she shared with me one afternoon as we lounged on a pristine white beach watching Frigate birds dive for fish. "I wish they would require it, but they don't."

The growing list of rules associated with visiting the Galapagos, and additional steps taken by Ecoventura, to protect this archipelago may sound like a lot to take in, especially for a vacation. I'll admit it was hard to recall all the rules and sometimes tiring to be so vigilant about doing anything to disrupt nature. But, during the seven days spent on the Flamingo I, Karina, Ivan and the entire crew convinced us of the dire importance of following regulations for the good of maintaining this true paradise. The crews' genuine love for the Galapagos Islands was contagious and by the end of the trip I was also googly–eyed with what Darwin described as "a little world within itself." 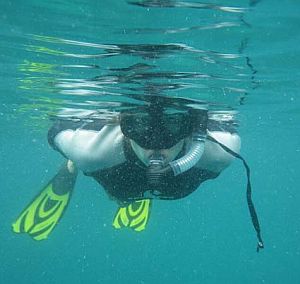 Not only is the landscapes spectacular—from the moonscape-like geography of Bartolome Island to the stunning underwater life seen through a snorkeling mask at Devil's Crown—but the on board experience provided by the Flamingo I crew was the cherry on top.

Chilly snorkeling trips were followed by body–warming hot chocolate and snacks; dinners of Ecuadorian and international cuisine were sandwiched between happy hour and stargazing on the upper deck and early morning wakeups calls were creative and soothing musical numbers put together by our naturalists guides (Ivan's was a song he wrote about the Galapagos). Even after a few nights of rough seas that made it difficult to sleep, the morning wake up calls started the day off on the right foot. The talented crew even stayed up past their bedtime on two occasions to entertain us with live music. 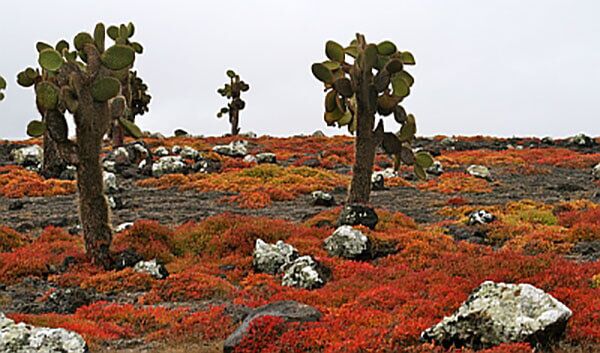 The beauty and adventure of the Galapagos is awe–inspiring and Ecoventura propagated the experience with its concern and sincere service. I left this magical place hoping, like Karina, that more companies begin follow practices that protect them even more. If not to bring the islands back to the state in which Charles Darwin found them in 1835, then to prevent the archipelago from being further damaged by human impact.

Book this trip through Ecoventura.

(Update: The Flamingo 1 has been retired. Ecoventura now has 2 first-class yachts (MY ERIC & MY LETTY) & a luxury yacht (MV ORIGIN) in service. The MV THEORY, another luxury vessel, is being built to launch in 2019)

Story by Giannina Smith Bedford, photos by author except where indicated.