Quito and the High Valley of Ecuador

For many travelers to Ecuador, Quito is just a one-night stop on the way in or out of the Galapagos. This is a shame, for this historic city in the mountains has more to offer than many other Latin American capitals and a quick trip up the valley leads to an impressive bounty of markets, scenery, and too many flowers to count. 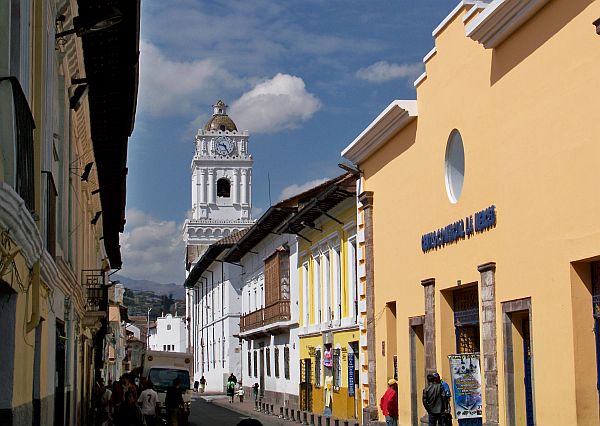 I spend my first night in Ecuador wandering the streets of Old Quito and ducking into churches, as I’m flynig out soon after for a tour of the Galapagos Islands. On my return, however, I put myself in the capable hands of Metropolitan Touring. Metropolitan is like the Yankees baseball franchise of Ecuador Tourism, the one you want to bet your money on if you’re looking for a sure thing. They’ve been in operation since 1953 and lead tours pretty much everywhere that anyone would want to go, so I know my request to see the best of Quito and its surroundings will not be a tough challenge.

My guide Maria meets me at the Hilton Colon and our driver navigates the traffic to get us out of the city. Quito is not a very wide city, but it is very long. So our trip north to the market town of Otovalo is going to take a while. The outskirts of town are fascinating though, with flowers and more flowers for sale along the roadside, alternating with buckling fruit stands that are a visual confirmation of this country’s bountiful soil and climate. We pass one town where most of the residents are busy growing house plants. “You don’t have to be much of a gardener to grow things in Ecuador,” one expatriate has written in an article I have along with me. “You just stick seeds in the ground and harvest later.”

We stop for a bit in the village of Calderon. It’s nothing to look at, but it has shops filled with figurines and ornaments made out of bread dough painted bright colors. I have to muscle into a group of pushy Germans from a bus tour to buy a few ornaments to take home as gifts, but I’m cheered up when the owner serves a festive cup of colada morada. It’s a purple concoction brewed up on All Souls Day with corn flour, sweet herbs, a purple cinnamon tree flower, cloves, and fruit. 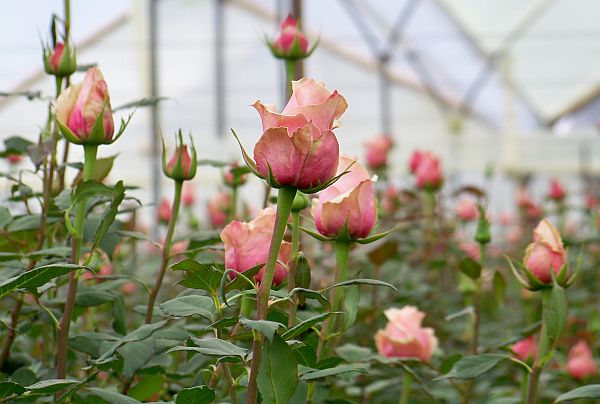 A Wealth of Roses

If you’ve purchased a dozen long-stemmed roses for your sweetheart at some point, there’s a good chance they came from Ecuador. Whole planeloads of flowers leave the Quito airport every night headed for Europe and North America. They just have a few days between cutting here and landing on some receptionist’s desk with a loving note attached. 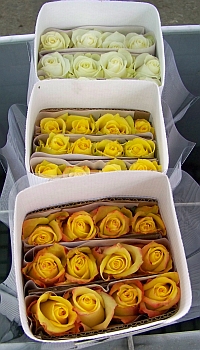 So the Rosas del Monte plantation we visit on the way to Otovalo, near Hacienda Cusin, is a finely-tuned operation.

I have no idea there are this many varieties of roses. Breeding has turned out dozens of colors and combinations, some solid yellow or pink, some with stripes, all grouped together in greenhouses and tended with daily care. It’s a stunning display of ephemeral wealth, a crop that must be micromanaged at every step of the process to turn rosebuds into flowers in a vase.

We tour greenhouse after greenhouse with different colors, cuttings going on each day when the rose is at its perfect point for shipping. Carts hook up to a track system above for workers to roll them around the plantation. In later stages the flowers are cleaned, packed, and put into cold storage before they can make the drive to Quito (in a refrigerated truck) and then be flown thousands of miles away to another airport, where someone else in the chain whisks them away to a distribution point.

Villages Built with Yarn and Leather

Otavalo is a designated stop of every bus tour that leaves Quito on Saturdays, when the big textile market takes place. Ideally I’d be spending the night out here to soak up Otavalo when it’s not so packed, but at least I’ve arrived after most of the buses have moved on.

It’s a market divided, half of the center filled with materials that the locals are buying: produce, dried beans, bread, and kitchenware. In this section are the shopping women wearing their traditional woven colors, the men with their long braid in the back.

The other side of the Plaza de Panchos is a different story. It contains the heaps of goods geared to foreigners. This market and the goods that are exported from here have made this a relatively wealthy town with nice street lamps and attractive storefronts. Andean craftspeople can do a lot of things with yarn, as the hundreds of booths here will attest: hats, bags, scarves, and rugs are just a start. Then there are the wood carvings, the musical instruments, the Panama Hats (really made in Ecuador), and local hooch for the brave.

There’s plenty of junk for sale, of course, as tourists the world over are known for too frequently putting price ahead of quality, but even the quality items here are mostly priced more attractively than in neighboring Peru. The choices are staggering and the stall owners are only mildly aggressive, so you can browse here without being continually accosted.