Wild Ecuador by Land and Sea: From the Jungle to the Galapagos Islands

Story and Photos by Timothy Scott

Ecuador may be a small country, but it makes up for it in diversity. A luxury tour of the Amazon Basin region and then the Galapagos Islands offers a full range of wildlife spotting in comfort. 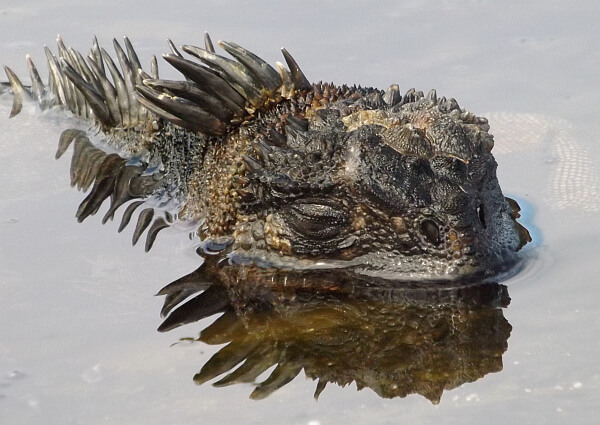 In the dense jungle, hunting for wildlife is like foraging for truffles or berries. In the Galapagos Islands, the animals put themselves on display like a buffet table that never ends. In the Amazon basin your eyes are always scanning the ground and trees for movement. In the Galapagos, the challenge is deciding when to quit taking so many photos. 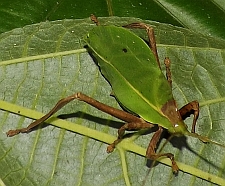 Touring with Columbus Travel, a company that owns the top jungle hotel and two of the most luxurious catamarans in the islands, made the whole experience seamless. Getting to La Selva Jungle Lodge takes some effort, but is easier to reach than many other Amazon lodges here and in neighboring countries. There's a short flight from Quito, a two–hour boat trip up the Napo River, then a short walk and canoe ride to the only buildings on dramatic Lake Garzacocha. On the last two parts we saw jaguar tracks in the mud and watched spider monkeys jumping from branch to branch by the water before we even checked in.

We continued to see these playful spider monkeys throughout the week, then on another excursion spotted the tiny pygmy marmosets that are smaller than a mouse. They only weigh about 100 grams and can turn their head 180 degrees to watch for predators. Without our guide Paul to track these little guys we probably wouldn't have even noticed them clinging to the shadow side of a tree. We heard the big howler monkeys long before we saw them, however, their monster roars carrying across the water as we approached in a canoe.

Each excursion we took over the four days paid off with some kind of new sighting. For bird watching we climbed up the high observation tower on site at La Selva to get on the birds' level at the top of the canopy. From there we saw scarlet macaws fly past in pairs. With the scope or binoculars we observed a white–throated toucan, a banded aracari, several kites, and a gaggle of noisy oropendola, who build long nests suspended from the trees. The birds provided the only sounds, the jungle feeling peaceful as a morning mist moved across the ground below. 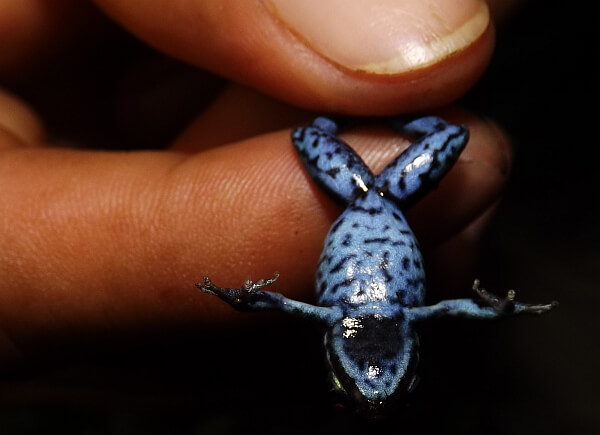 Most of the trips out of the lodge area — with time for relaxation or swimming in between — were on trails leaving from the property or on canoes that glide around the lake. On the trails we spotted a grasshopper that looked like a leaf, stick bugs, and a wolf spider, plus one of the colorful frogs whose secretions were traditionally used to make poison darts.

On our night hike with flashlights, the jungle sounds quadrupled in volume: many of the creatures that live here only come out at night. It takes a keen eye to find more than glowing eyes in the distance, however, so we had to be content with a snake, some strange insects, and toads.

On the water, as we floated along the banks, we took in the natural setting with no man–made sounds. We got up close to birds like the chicken–sized hoatzin on branches, the pretty ringed kingfisher scanning the water for dinner, and anhinga drying their outstretched wings in the sun. At one point we were treated to the sight of a group of long–nosed bats waking up at sunset from their daytime slumber. They stretched a bit for a few minutes, flapped their wings to loosen up, and then on someone's signal took off together. 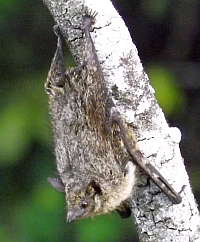 It was only necessary to leave the area around the lodge once, to see the clay licks on the Napo River that attract parrots who need the nutrients found there. That was combined with a village visit to try some traditional food and shoot blowgun darts at a target. Walking to the village we passed coffee plants that didn't look all that healthy in this lowland climate. "The coffee is not very good," said Paul, "but they can package it up and market it for a high price because it is 'made by native people in the Amazon jungle.'"

With the prosperity coming to this area from tourism and the government now allowing oil companies further into the Yasuni Biosphere Reserve, many of these villages aren't exactly backwater places anymore. The dueling stereos from a house and a church were a clear reminder that change can happen fast when people go from hunting peccaries to survive to hunting for what to watch on their new satellite TV. Thankfully the animals roam a large protected area though, us travelers only interacting with a small part of it. 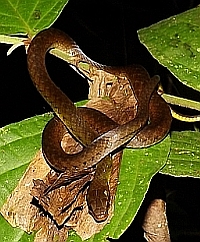 La Selva was fully rebuilt and renovated before reopening under new ownership in 2013 and is now the most luxurious jungle property in Ecuador. With excellent meals, very comfortable rooms, and a full bar, it was a tough place to leave. It was time to head to Ecuador's big bucket list draw, however: the Galapagos Islands.

Out to Darwin's Islands

After landing on Baltra Island and getting onto the Ocean Spray catamaran, I admired the air-conditioned spacious cabin—bigger than some Manhattan hotel rooms I've been in—and the balcony outside my room for watching the islands go by. Our first stop was Bartolomé Island and Pinnacle Rock. We got started right away with snorkeling, some braving the cool waters with just a bathing suit and others donning wetsuits provided by the crew. It was a nice introduction to the plethora of fish we'd see in the coming days, topped off with a shark, a few chocolate chip starfish, and a camouflaged octopus. The Galapagos penguin hanging out on a rock just watched us as we got into our panga. When we climbed the steps on the island later for a geology lesson and panoramic views, we had to step over two sea lions lounging in our path.