Aboard Quasar Expeditions' Luxury Yacht in the Galapagos

Story and Photos by Bridget Gleeson


It’s all about animals and the power of nature in the Galapagos, but it’s nice to retire to a hot tub and a comfy bed on the Evolution. 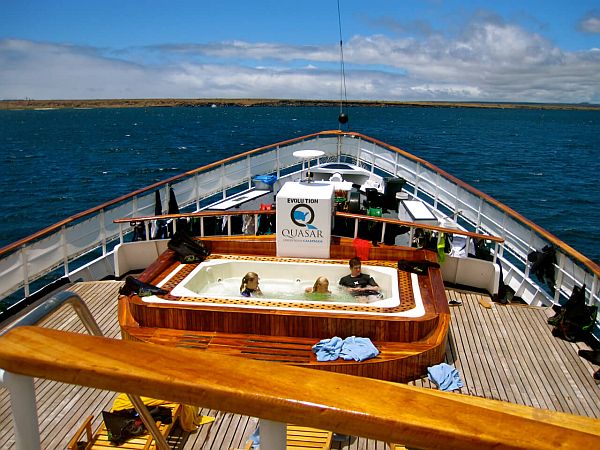 To set foot on the Galapagos islands is to humble oneself. Nowhere on earth have I ever felt so small and insignificant - such an incredibly tiny piece of a huge and intricate picture - as I did on this rocky, remote archipelago.

Of course, like many travelers to the islands, I've been well–prepared for this sensation.

Our elementary school teachers taught us that the Galapagos were the inspiration for Charles Darwin's Origin of Species, the field guides wax lyrical about the islands' ever-changing display of flora and fauna, the narrator of the BBC's fantastic Galapagos documentary breathlessly informs us that the islands are in constant motion on a tectonic conveyor belt, that the volcanoes can build new islands over time or destroy life in an instant.

The way you see it now, they all seem to be saying, is just a snapshot in time.

Then you get to the islands, the airplane descending lower and lower over glassy water and lava rock, touching down on a desolate landing strip, not a soul in sight, a pair of peculiar dark birds wheeling overhead. In the days to follow, your naturalists will show you how tortoise shells and finch beaks vary widely from one island to another, your guidebook will tell you that many of the islands' species are endangered and that uncontrolled immigration is seriously threatening the ecosystem. At night, your boat will surge over rolling waves, reminding you of the terrifyingly deep waters that surround the island platform. You'll remember that one small island, in the far northwest of the archipelago, is just the rocky top of a now-underwater volcano that's two miles tall. 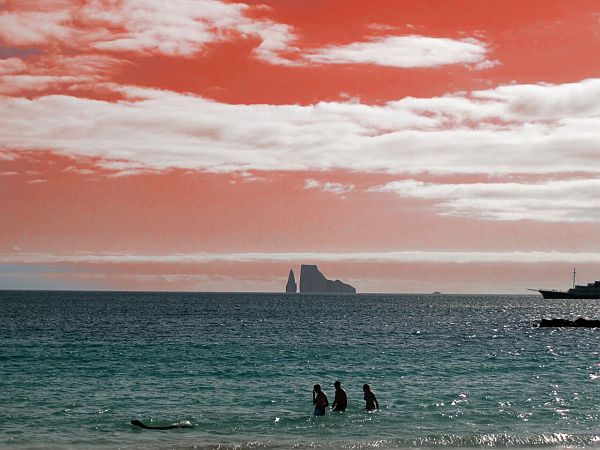 It's just a snapshot in time, everything seems to remind you. The geography, the currents, the animals themselves have never been quite this way before, and they'll never be quite this way again.

Musing on your place in the universe is somewhat off-putting when you're seated on the deck of a fashionable yacht, watching the sunset while sipping sparkling passion fruit juice. This vacation-like setting might not seem, at first, like the right place for such sobering reflections; later, you realize that it's the perfect place, that this is exactly what Quasar Expeditions intended. For all of the cruise line's sophistication—the white linen tablecloths, stylish terraces, gourmet cuisine and spacious accommodations—their main priority remains the environment itself. They want you to revel in the magic and the mystery of the islands, but they just want to make sure you have a cold cocktail in your hand while you think about it, and a soft pillow to rest your head on at night while the yacht journeys onward. 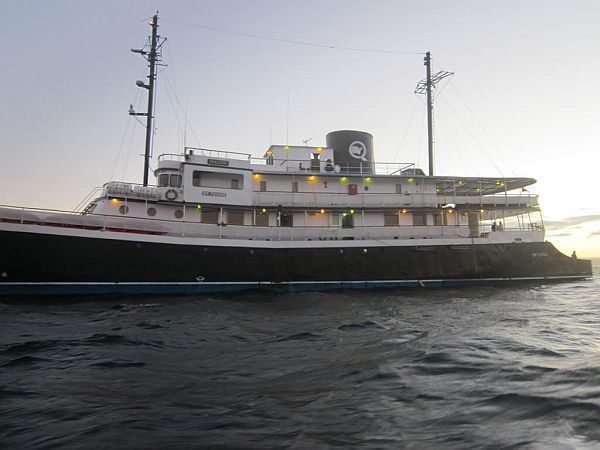 As Dolores Diez, Quasar's Commercial Vice President, said to me at her office in Quito the day before the cruise departed, “I want you to have some great meals and a comfortable place to sleep, I really do. But for us, it's all about getting in contact with animals and appreciating the beauty of the islands themselves. That's the experience we value most.” 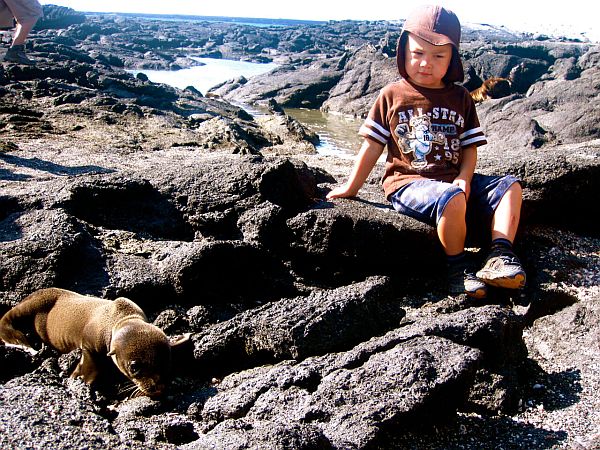 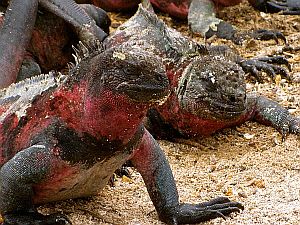 And boy, do they deliver. In the days to follow, I'll snorkel with baby sea lions, graceful rays, swimming sea turtles, whimsical Galapagos penguins, cartoonish tropical fish, bright orange seahorses, even silvery blacktip reef sharks. I'll get up close and personal with giant tortoises, iguanas, lava lizards, albatross pairs and blue-footed boobie chicks; I'll see frigate birds diving into the ocean, killer whales skimming the water's surface, pelicans fighting over fish. It's an animal paradise—and best of all, these animals don't even seem to notice or care that we're nearby.

On the 32-passenger Evolution yacht, the wake-up call is always early - as early as 5:45am some mornings. A full buffet breakfast is then served in the dining room, featuring an array of tropical fruits, yogurt and granola, fresh bread, organic coffee, freshly squeezed juices, and hot entrees like French toast, bacon, omelettes and pancakes. Though I don't usually have an appetite for a large breakfast at such an early hour, I've quickly learned that this breakfast is necessary fuel - every morning on the weeklong trip, we'll be both hiking and snorkeling before lunchtime rolls around. 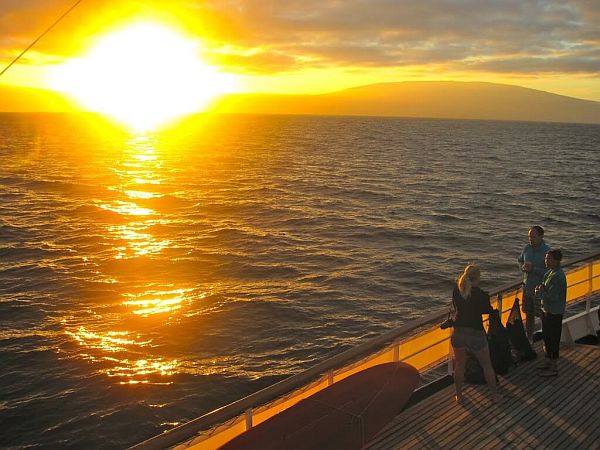 The itinerary has us spending the first few days in the island chain's southeast quadrant, starting on the comparatively well-populated San Cristobál island and cruising past the striking Kicker Rock before continuing on to the dreamy Hood Island, where the famed blue–footed boobies are out en masse. From there, our journey moves in a counter-clockwise direction with stops on the islands of James, Bartolomé, Santiago, Genovesa, Fernandina, Isabela, North Seymour and Santa Cruz.

The routine is similar almost every day: after breakfast, we fill our water bottles, strap on our life jackets, and board one of Quasar's two pangas (Zodiac boats) for an excursion to a nearby island for a guided nature hike and wildlife viewing.