Honduras Above the Water

In a land known more for scuba diving than all the attractions above the sea and inland, there's plenty more to see and do in Honduras, plus even a bit of peaceful luxury if you know where to look. 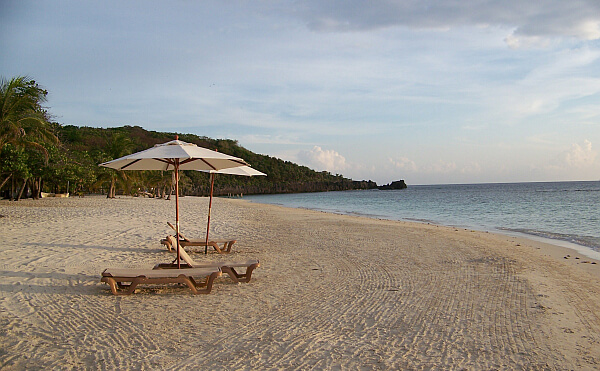 Honduras does not often appear in the same sentence as the words "upscale," "luxury," or "pampering." It's a country rich in attractions and natural treasures, but is poor in actual income. It has lagged far behind Mexico, Belize, and Costa Rica when it comes to pulling in highâ€“end tourists. Some officials estimate that threeâ€“quarters of all tourists visiting Honduras are coming purely because of the scuba diving on the Bay Islands.

What about the rest of Honduras? What do you find in the Honduras that is above the water?

To go first class, your choices are limited. There are very few tour companies running Honduras tours that are meant to pile on pampering and attentive service. In a classic "chicken or the egg" scenario, that service level won't develop until the demand comes, but the demand probably won't come until there are enough high–end hotels and experienced guides that get it right.

So I decide to try a different approach. By staying at some of the top hotels in the country and arranging activities and excursions through them, I could be reasonably confident I'd have access to the best guides and equipment around, with a comfortable place to retreat to at night.

My first view of Honduras, on my direct Delta flight from Atlanta, is the stunning reef off the shore of Roatan Island. Extending all through the three main Bay Islands and several smaller atolls, the world's second–longest reef runs a bit south of here and to the north along the coast of Belize and Mexico. The superb diving and snorkeling here is what draws the majority of the visitors to the country's growing number of hotels. 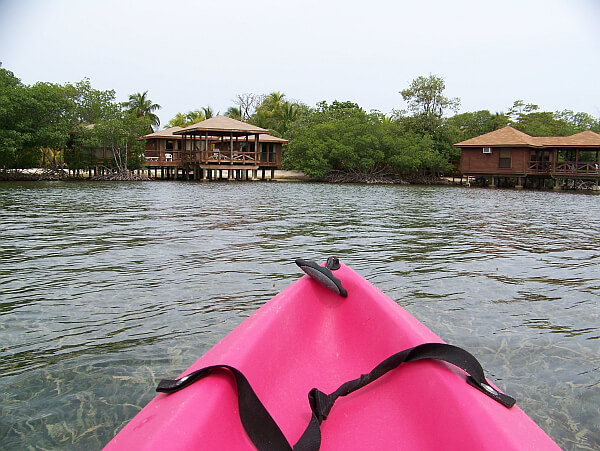 I bunk down at what has been Roatan's best hotel since it opened in the late 1960s: Anthony's Key Resort. It is only now starting to get some real competition, though none of the current and coming upscale resorts can match its fleet of dive boats, its dive shop facilities, or its most famous residents: a gaggle of trained dolphins that swim with visitors in a huge sea enclosure.

My dolphin encounter starts with an introduction, some background, and some tricks. Our young dolphin loves to put on a show, whether moving across the water on his tail or swimming upside down around the enclosure at astonishing speed. We all get to touch him, pet him and then pose for photos — picking him up and getting a kiss. Yes, it's cheesy, but of course that night I e–mail the photos to someone and I'm sure I'll pull them out again to show the grandkids when I am old and gray.

Then we snorkel around with all the dolphins for a swim. There is coral on the bottom too and plenty of fish around: the dolphins already get all the fish they need from the trainers. Why hunt for more?

The rest of the time if I'm not kicking back on my overwater bungalow or taking in the panoramic view from the restaurant, I'm kayaking around Anthony's private key or exploring other parts of Roatan. The hotel's driver takes me to Gumbalimba Park, where guests pay one daily fee to cavort with monkeys and macaws, zipline through the trees, and end up on a beach with a pool, restaurant, and bar. On some days it is filled with cruise ship crowds who figure their eight–hour stop means they can now say they "have been to Honduras." Thankfully I'm here on an off day, however, so it's just me, the animals, and two other visitors.

The last night I spend at Infinity Bay Resort on West Bay Beach, a crescent stretch of powdery sand. While drinking my third $1 happy hour beer at a beach bar, I meet a man who has sold his $600,000 house in the cold northeast U.S. and bought a $300,000 condo here on this picture–perfect beach. He can&apsot stop smiling.