Interview with Kim MacQuarrie, author of The Last Days of the Incas 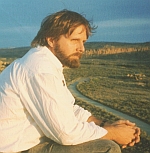 Kim MacQuarrie is a writer, a documentary filmmaker, and an anthropologist who has won multiple national Emmys for documentary films. He is the author of four books on Peru and lived in that country for five years, exploring many of its hidden regions. During that time, MacQuarrie lived with a recently-contacted tribe of indigenous Amazonians, called the Yora. It was MacQuarrie’s experience filming a nearby group of indigenous people, whose ancestors still remembered their contacts with the Inca Empire, that ultimately led him to investigate and then to write his latest book, The Last Days of the Incas. This year he’ll be leading a tour for Geographic Expeditions based on that book. For more information, you can visit Kim at his website at www.lastdaysoftheincas.com or at his blog, www.kimmacquarrie.com.

What led you to Peru in the first place and why did you return?

I’ve always been fascinated by native cultures (I’ve got an undergraduate degree in biology and a Masters in anthropology). I first began visiting ancient Mexican cultures (Toltecs, Olmecs, Mayas) while I was in college. The further south I got the more interesting things became. I knew that the Incas in Peru had created the largest native empire ever to exist in the Americas, so I pretty much had to see the remains of it for myself.

Eventually, I put together a study-abroad graduate program where I attended the Universidad Católica in Lima and did my field work in the Peruvian jungle, living with a recently contacted tribe. In my spare time, I visited all of the Inca ruins I could find—and they were everywhere. I ended up spending four years in Peru and since then have spent another year making films and/or doing research there.

I think most people who visit Peru are fascinated by the whole mystery of the Incas, but you took it another step. Tell us how you got started on The Last Days of the Incas.

I did my anthropological field work in the Amazon, and was surprised to learn that there were Inca ruins nearby. The Incas used to trade goods with the tribes of the upper Amazon—woven cloth and bronze axe heads, for example, in exchange for jaguar skins, turtles and such. The tribe I lived with had an ancient Inca axe head still circulating around their camp.

Gradually I learned the story that, after Francisco Pizarro conquered Peru, the Incas had risen up against the Spaniards and had fought a 4-decades-long guerrilla war against them. They even abandoned their capital Cuzco and created a new one in the jungle, not far from where I was living. The Inca emperor lived there and fought alongside jungle tribes. The more I read, the more fascinated I became. I guess I got hooked.

Why do you think this book has resonated with people more than earlier attempts to explain the civilization?

I personally don’t like reading dry anthropological or historical “fact books” about native cultures, although I had to read my fair share of them in college. So my goal from the beginning was to write a book that recreated the actual characters—what they looked like, what their personalities and motivations were—so that the story would come alive. To do so, I dug around in the 16th-century Spanish chronicles and gathered every descriptive passage about these characters I could find. You might read 100 pages in one chronicle and only find a line or a paragraph that actually “described” a character or an event or a snatch of what they actually said—and it was those paragraphs that I ended up quoting in the book.

I also used the standard techniques for telling a story—hooks, characterization, plot, chapter breaks that lead you from one chapter to the next, etc. And of course it didn’t hurt that this particular story—the conquest of a ten-million-strong Inca Empire by 168 Spaniards—is one of the two greatest epic stories that have ever hit the Americas (the other being the conquest of the Aztecs by Cortés).

When I heard you speak recently I learned a lot about Peru that I didn't know before, even though I felt like I knew the country pretty well. What do you wish more travelers would learn about or go see while they are there?

One tends to think of Peru in terms of Cuzco, the Incas, and Machu Picchu. But of course, there is much, much more. Around 60% of Peru is tropical rainforest, and large portions of that are virtually unexplored regions. In fact, there are still a handful of uncontacted tribes that roam there.

The long strip of desert on the coast is as dry as the surface of the Moon, with virtually no rainfall whatsoever. The ruins of thousands of years of ancient civilizations are buried there—pyramids, monuments, fortresses, tombs. Pretty incredible, really. In fact, so many pyramids and tombs have been discovered in Peru in the last 20-30 years that people more and more are referring to Peru as the “Egypt of the Americas.” One ancient city that was discovered as recently as 2001 is nearly five thousand years old—the oldest city in the Americas. As old as the Step Pyramids in Egypt. The name of that city is Caral and it’s north of Lima on the coast.

Tell us about the 20-day, Last Days of the Incas Tour you'll be leading with Geographic Expeditions this year.

It’s a new tour that Geographic Expeditions has just put together and is based on my book. It’s actually the first tour that will follow the route of Francisco Pizarro and his conquistadors—from the moment they arrived by ship in northern Peru, climbed into the Andes and captured the Inca Emperor Atahualpa, to the final expedition the Spaniards made some 40 years later to the Incas’ last capital of Vilcabamba, which is still hidden in the jungle. Along the way we’ll visit some of the pyramids and royal Moche tombs on the coast, the former Inca capital of Cuzco, Machu Picchu and a whole host of Inca sites where the Incas and Spaniards fought for control of the empire. It's a unique trip that will follow the sequence of dramatic events that occurred in a very epic story. The scenery by itself is fabulous. You can see the full itinerary here: Last Days of the Incas Tour. 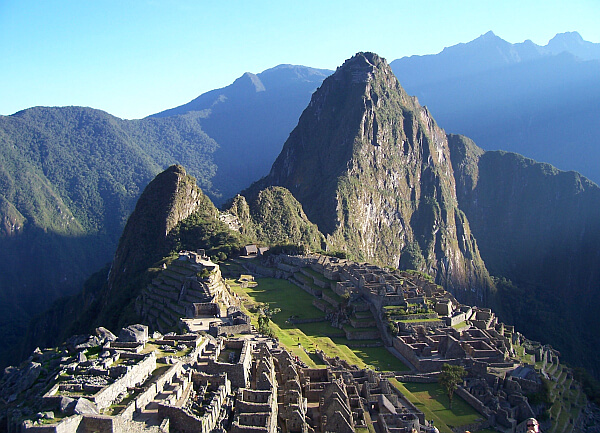 Inca structures keep withstanding earthquakes while everything built since (on every continent) keeps crumbling and tumbling under the stress. Why haven't we copied their techniques? Are they too labor intensive or are we in too much of a hurry?

The Andes are part of the “Ring of Fire,” where the Nazca plate slams into the South American plate. That’s what created the Andes and they are still pushing upwards, spawning a mix of volcanoes and earthquakes that are fairly regular. The Incas and pre-Inca cultures knew all about the earthquakes and built accordingly. Those famous Inca stone walls not only have no mortar but the blocks fit into one another with concave or convex surfaces. So when earthquakes hit, the stones have room to move (because there is no mortar) and then fall back into their adjacent stones, kind of like puzzle pieces.

The Spaniards, by contrast, used typical European stone and mortar techniques, which are very rigid, with no flexibility whatsoever. The irony is that the Spaniards liked to build directly upon Inca structures, in an attempt to dominate them and show their cultural superiority. Every time a large earthquake hit, however, the Spanish structures would collapse and the Inca ones would remain. I guess there is a moral in there somewhere. Or a bit of “Inca revenge.”

And yes, the reason we don’t copy the Incas’ methods is that their art of cutting stone was quickly lost—no one knows how to build walls like they did. And no doubt they would be extremely labor intensive, which wasn’t a problem for them. I know an American architect, Vincent Lee, who has studied Inca structures a lot. He once told me that every culture has an architecture and that architecture has a simple message. The Incas’ message, he said, was “a job worth doing is a job worth doing well.” Where we tend to build fake facades with our architectural styles and hide shoddy or cheaper work behind them, the Incas didn’t. Every portion of their walls and buildings was perfectly made. Nothing was hidden. The unseen backs of the walls were just as well done as those in the front.

The Incas built their architecture to last—and it has. Machu Picchu is still standing, more than 500 years after it was constructed, despite incessant rain, major earthquakes, etc. And that is one of the reasons it has recently been voted a new “wonder of the world.”

Without a doubt Cuzco. Set at 11,300 feet in the Andes, Cuzco was the Incas’ capital and still has plenty of perfectly-cut Inca walls and Inca influence. It’s also a colonial town, where the Spaniards built their cathedrals and quite beautiful monasteries and other buildings (many of which continue to collapse on top of the Inca structures during earthquakes). You can stay in a hotel that has an Inca wall, explore the streets and ruins, hike up to the massive Inca fortress/religious center of Sacsayhuayman on the hillside overlooking the city (where a famous battle was fought between Incas and Spaniards). You can visit the Incas’ Sun Temple, the center of their universe, and take side trips to the nearby Sacred Valley (where the Inca emperors built their palaces) as well as visit Machu Picchu. A week in the area can’t be beat for the great diversity of things to see and do. Everyone should visit Machu Picchu and Cuzco at least once in their lifetimes.

Where would I stay? In Cuzco, probably at the El Monasterio Hotel, which is a 5-star hotel on a beautiful plaza in a restored seminary. In Machu Picchu, I would stay at the Inkaterra Machu Picchu Hotel in Aguas Calientes, at the base of the mountain. It’s got fabulous, immaculately appointed, colonial-style villas, is surrounded by cloud forest, and overlooks the Urubamba River. It can’t be beat.