A full-service luxury hotel that is right in the center of the action in this UNESCO World Heritage city, 1850 is also the most stylish place to stay in town. 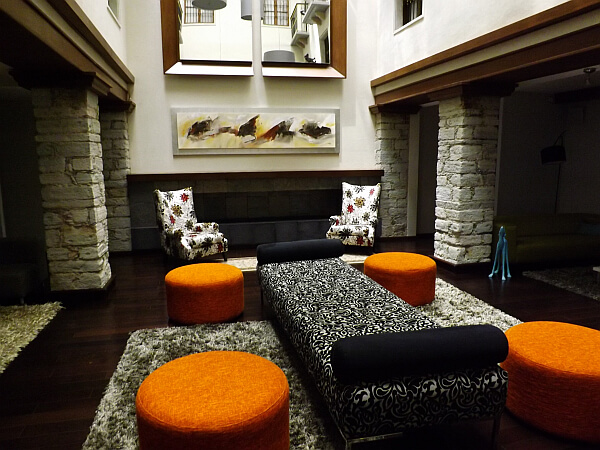 Before boutique Hotel 1850 came along, the only two choices for luxury travelers in Guanajuato, Mexico were a long walk from the center, in a mostly residential neighborhood. Those two are still fine hotels, but for travelers who prefer strolling over taxis in this pedestrian–friendly city, this newer option puts them as close as close can be. Walk out the door and you're in the manicured Jardin de Union with two fountains and a gazebo, Teatro Juarez and the funicular train up the mountain right around the corner. 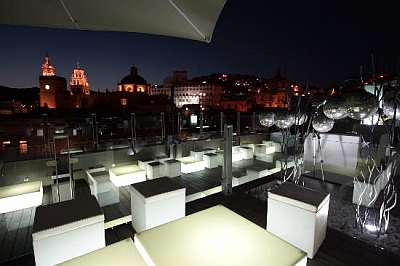 Location alone would be enough reason to stay here, but this is also a very chic and artistic property that has more in common with Hotel Matilda in San Miguel de Allende or the Habita Group hotels around Mexico than it does with your typical restored colonial building. The best elements of the original 1850 building are still here though: dramatic ground floor spaces, stained glass, and very high ceilings, some with original beams.

The good bones have gotten an update though from playful designers who don't take themselves too seriously. The lobby has dog statues seemingly tied to a chair with ribbons and one room over there are more walking up a wall. The furniture is elegant but fun, modern without being aggressive. 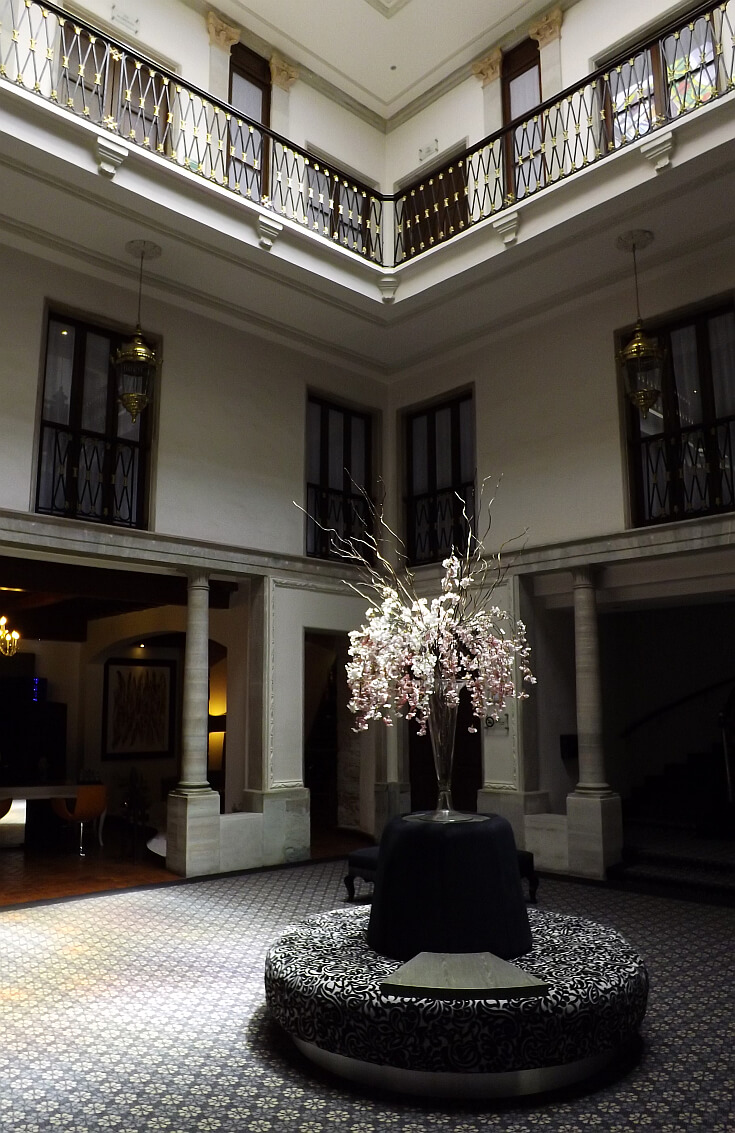 If you want to linger a while in the lobby area, there's a small lounge in the corner where you can have a cocktail or cappuccino. More popular is the roof bar One, which is a great place to enjoy the year–round spring weather at night. Here there's a view of lighted church domes, the theater, and the Pipila hometown hero statue way up high. There's also a spa on site where you can arrange a variety of treatments. A small gym with three cardio machines if the city's endless steps and 2000–meter altitude don't have you breathing heavy already.

The public facilities are limited otherwise since there's so much to choose from right outside the front door. Within two minutes of walking out the front door you could be at your choice of four outdoor cafes, sipping a michelada while a mariachi band serenades you. One of the best restaurants in Guanajuata — Casa Valadez — supplies room service from two doors down. There's a Starbucks next door if you must and a few ice cream shops open late.

The 20 rooms all live up to the promise of the gorgeous first floor areas, each one designed differently and named after a notable woman from history, some of whom stayed here when it was a private mansion. Six suites facing the front have a view of the plaza, though you'll have to keep the double–glazed windows closed if you go to bed early and you're a light sleeper. 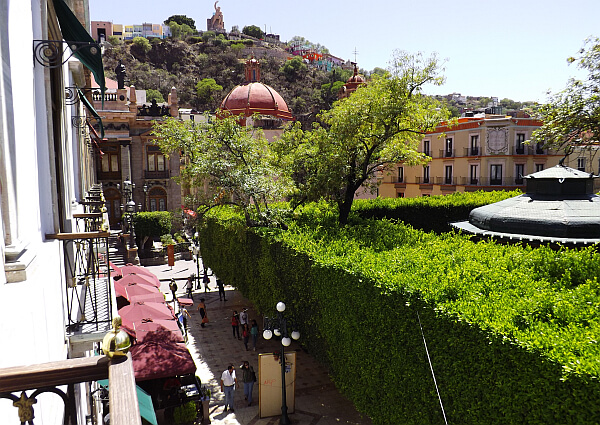 All are spacious and attractive, but take some time to look at photos on the website before booking because they are different enough that you'll probably find at least one that calls to you in a big way. Sofia has violet bed curtains and an electric bass on the wall, Natalia playful rabbits wallpaper and everything in white. Maria has a futuristic white armchair and ottman on a cowhide rug. Carlota has a padded white headboard against a dramatic red wallpaper wall. Each is accentuated with original paintings or sculptures that complement the décor and the only things constant from room to junior suite to master suite are the amenities. These include electronic safes, minibars, iPod docks, and complimentary Wi-fi. 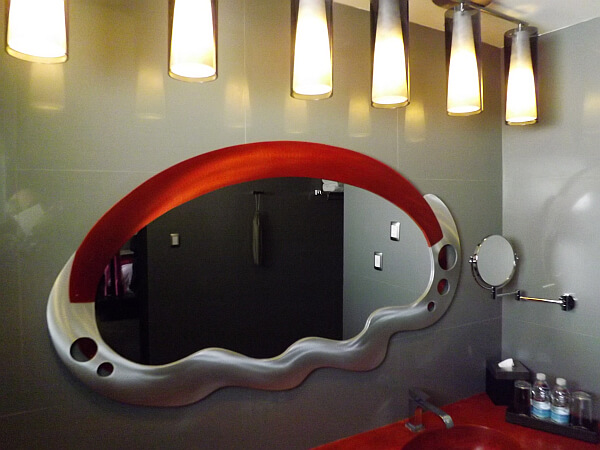 Baths are all shower–only, but are striking in design and have room enough for two to move around. These are as different as the sleeping quarters, some decorated with meticulously stacked stone, others with tile, but there's not a hint of talavera here. Instead you get sleek high–end fixtures and an array of Malin + Goetz toiletries. 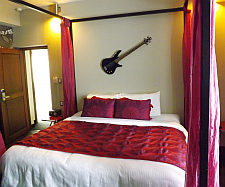 The suite designations here are mostly an indicator of size, though several of the master suites have separate sitting rooms you can close off with a door. This is not really a hotel geared to families, but there are rooms with two beds and some that connect.

There are several pocket sitting areas and library spots on different floors to curl up and read a book. This would be an easy hotel to navigate for those with mobility issues: there's an elevator and the entrance is at the same level as the pedestrian–only plaza.

In contrast to most Mexican hotels in the colonial heartland outside of San Miguel de Allende, the staffers here all speak English well and will actually respond to your e–mails. A bilingual concierge is at the ready and is used to setting up all kinds of special requests and events around the city of Guanajuato and in nearby areas. For those who want to be centrally located but whose tastes are more modern than colonial, this fine boutique hotel is the obvious choice.

Review and photos by Timothy Scott except Bar One shot courtesy of the hotel.