Casa Kimberly, which owes its current reincarnation to the same owners as Hacienda San Angel, is the B&B love child of Elizabeth Taylor and Richard Burton, formed by their two, now famous, houses in Puerto Vallarta. 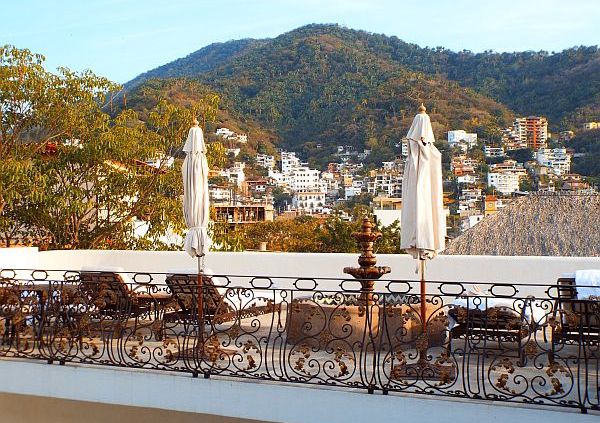 While this Puerto Vallarta boutique hotel only has nine suites to offer, its spaces (rooms included) are expansive and sweeping. A massive central patio, high ceilings, and 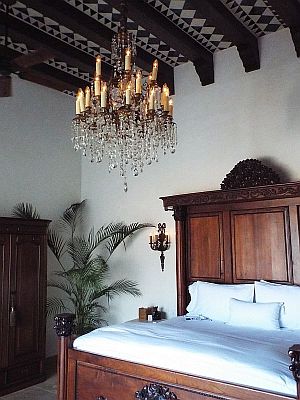 lounge-worthy seating areas give the place a luxurious feel. The homes of two of the world's most famous actors in Hollywood's golden age were remade in a colonial style, similar to Hacienda San Angel but with a lighter touch. Taylor and Burton were said have been so ridiculously in love that they couldn't stand to be away from each other—which is why, the story goes, Burton built the bridge that extends over the street that separating the two homes.

Rooms feel extra spacious, with high ceilings and larger-than-life colonial art balancing the blank-canvas white walls. Suites with a view of Banderas Bay and the mountains to the east are on the Elizabeth Taylor side of the complex, with the most impressive by far being the Taylor Suite itself. This penthouse-style room has its own private outdoor swimming pool with lounging deck, boveda ceilings with cherubs flitting about, and a massive King-size bed. The piﾃｨce de rﾃｩsistance is Taylor's bathroom built for a queen.It窶冱 as large at the sleeping area of the suite, with a heart-shaped pink tub and a circular couch in the center for taking a break during your mid-morning beauty routine. 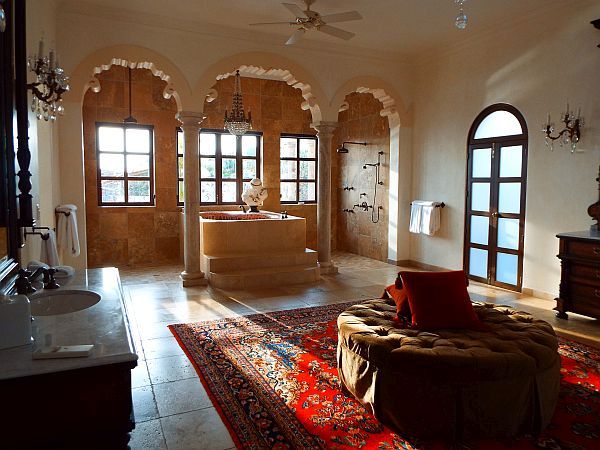 Crossing the lovers bridge to the other side of the street is the part of Casa Kimberly that belonged to Burton. The Richard Burton suite has a massive shower and a romantic painting of the two locked in loving arms. It looks down over the Roman-esque swimming pool, circled by a narrow walkway around its perimeter and two other downstairs suites. To one side of the pool is a indoor/outdoor lounge for a break from the sun and up above the swimming pool is a sun deck for taking in your vitamin D. This side of the hotel is most definitely quieter and more private that the Taylor side. 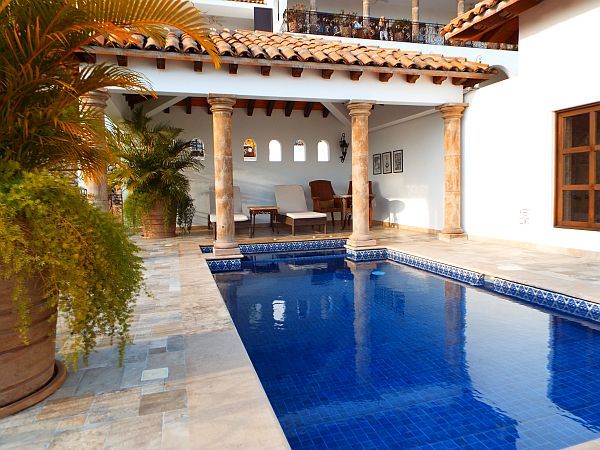 All rooms include lockboxes, televisions, robes, slippers, high-quality linens, a free continental breakfast (order it room service so you can eat with the view), a mini fridge, free Wi-Fi and turndown service. Several rooms feature jacuzzi tubs and rainforest showerheads. Your welcome package comes with all sorts of extra information about what to do and how to do it in Puerta Vallarta as well as full information about all the hotel's services, including room service menus and a brief written history.

The Iguana, Casa Kimberly's restaurant, is very popular with both the large local ex-pat population and hotel guests. Most nights during the high season you will find it bustling with reservations. An excellent group of maraichis play every night at the beginning of the dinner service and then about mid-way through. While it might sound cheesy, they are actually very good and definitely create a romantic ambiance. The food has hints of Mexican influence but is a wide range of international choices including lambchops, grilled salmon, ceviche, lobster tacos and sea bass. Their desserts are heavenly, all with a Mexican flair and the wine list is robust.

The hotel, like Hacienda San Angel its sister property, is right in the heart of downtown Puerto Vallarta, the climb up the hill to the hotel might be an issue for anyone mobility challenged, but the location makes touring around downtown easy and accessible. If you need the beach at your fingertips this might not be the place for you, but if you are looking for something different from the beachside all-inclusives and want a chance to get to know Vallarta at its heart, this might just be the perfect place.

Review and photos by Lydia Carey