The House of No Name is an enchanting boutique hotel with a prominent place in the history of San Miguel de Allende. 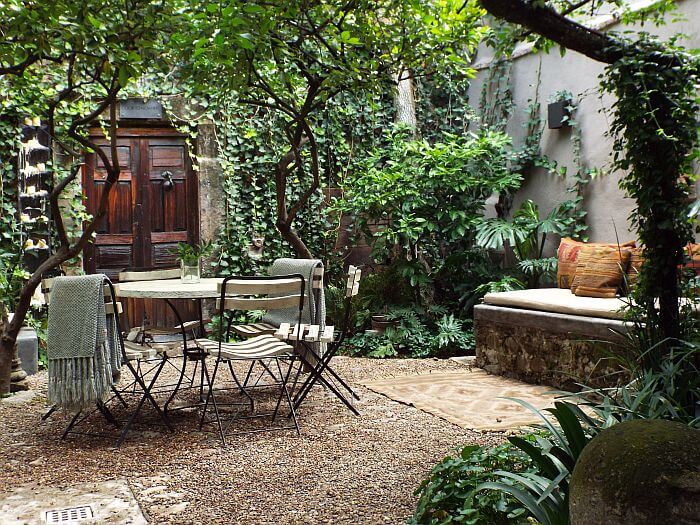 I arrived literally on a dark and stormy night with that sharp, cold wind blowing that sometimes takes over the streets of San Miguel de Allende in winter. In the sputtering rain I was met at my cab with an umbrella and a smile and offered a hot tea to warm my chilly body.

Ushered into the central patio of Casa No Name, the immediate feeling was of being welcomed into someone's home. The house is an 18th-century colonial beauty that was once owned by Father Luis Felipe Neri de Alfaro, a prominent priest in Guanajuato State. Neri had tunnels installed in the house so that he could travel from there to the Templo de la Puríﾂｭsimo Concepción convent just up the street, underground and out of site. 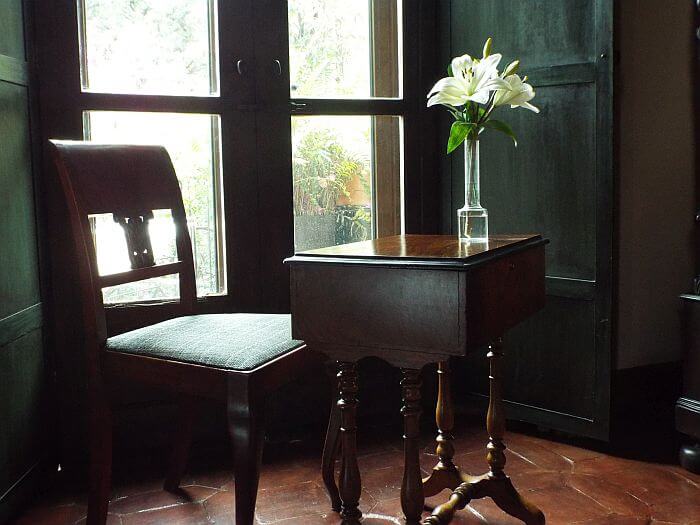 He also commissioned the same artist that painted the chapel in nearby Atotonilco (often called the "Sistine Chapel of the Americas") to paint a mural on the house's inner courtyard walls depicting stories from the Old Testament—many at that time believed Mexico would be the new Jerusalem. That mural has now been named a World Heritage site by UNESCO and was restored by the hotel's current owner.

That would be history enough, but this hotel was also the home of Deborah Turbeville, a world-renowned photographer that lived there during the last fifteen years of her life. Her 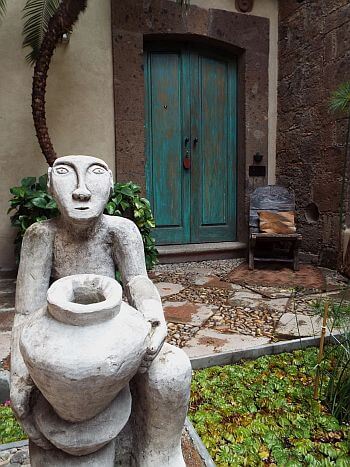 series of melancholy (and at times dark) photographs taken in the house were compiled into a book entitled Casa No Name. A copy sits in each one of the rooms for the perusal of the guests.

The history of the hotel can be felt in every step. Small details like ancient stone fireplaces and thick adobe walls have been retained. They combine with modern furniture and high-end amenities to create an ambiance that is at once antique and chic.

Each of the six rooms has towering ceilings, an eclectic collection of contemporary art. There are little touches from their former inhabitants, like a wooden angel used by Turbeville in her meditation room or the glass-floored entry to a tunnel in the back room closest to the garden.

The hotel's owner spent a good deal of time in Asia so there are also Indian maharaja daybeds, Tibetan sculptures, and antique Turkish rugs among the mix. Each room has its own gas fireplace, great for the chillier months, and there are tiny nooks and niches like the back garden or an outdoor fireplace on the rooftop. Their rooftop spa offers half a dozen massage varieties as well as acupunture services for guests. 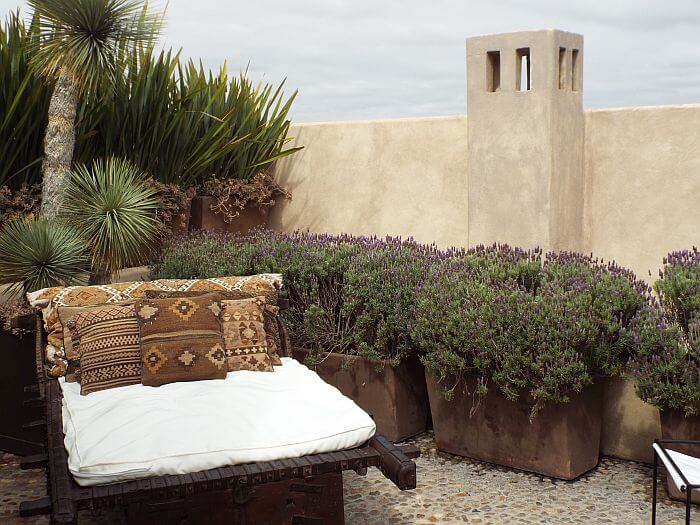 An intimate central patio is where meals are served, with a continental breakfast option or an a la carte menu for breakfast and a handful of international cuisine items in the afternoon and evening like pizzas and tapas. Room service in available until 9pm each day. 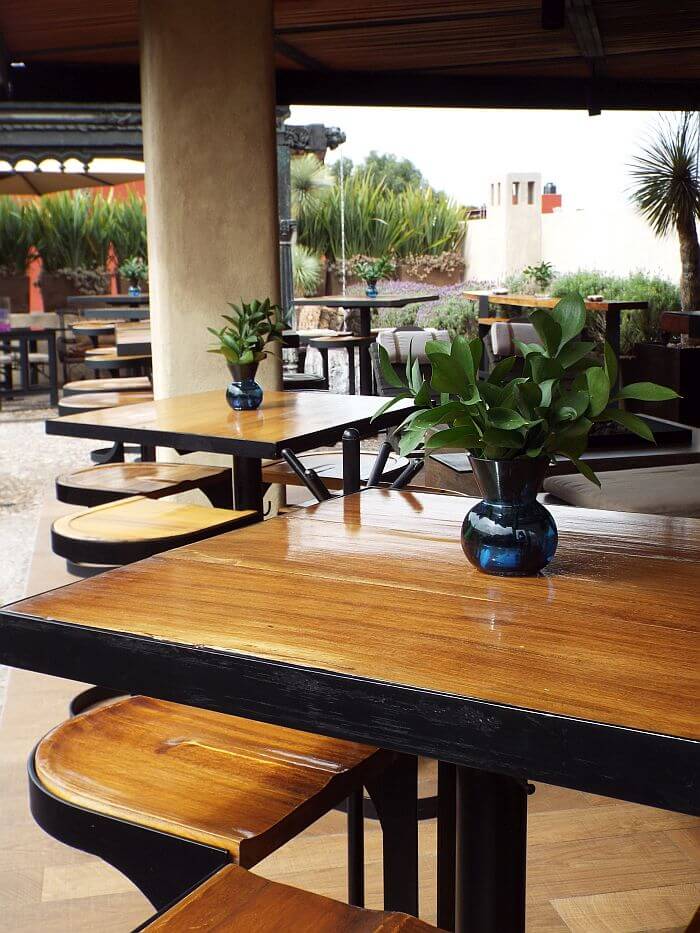 The rooftop bar and small spa area are not so much for a view of the city but to gaze at the stars or feel transported to a private world: high walls and fragrant lavender bushes make you feel like you are in a walled-in Middle Eastern city.

All rooms include rainfall shower heads, Bvlgari bath products, hair dryers, bathrobes, slippers, and a lots of mirrors, with the idea that many of the guests to Casa No Name arrive for the hundreds of weddings held in San Miguel each year. The linens and bedding are high quality and the rooms are tastefully put together. The upstairs suite, with a foliage-covered view of the downstairs garden is by far the most spacious and elegant, with a lounging daybed, high ceilings, and lots of square footage.

The hotel has an incredible location for exploring the center of the city (they offer a tour of San Miguel in open-air utility vehicles for an additional cost). It is steps from the town's main plaza and the bevy of restaurants and bars that continue to sprout up in San Miguel each month. For travelers looking for luxury with a sense of place, Casa No Name is an excellent choice. While there is not much breadth to the facilities, the limited number of rooms at this San Miguel de Allende bed and breakfast mean more personalized attention and privacy then at some of the town's bigger luxury hotels.

Review and photos by Lydia Carey.