The former Casa Vieja has been updated and offers a soothing respite from the urban exuberance of Mexico City, in the upscale Polanco neighborhood. 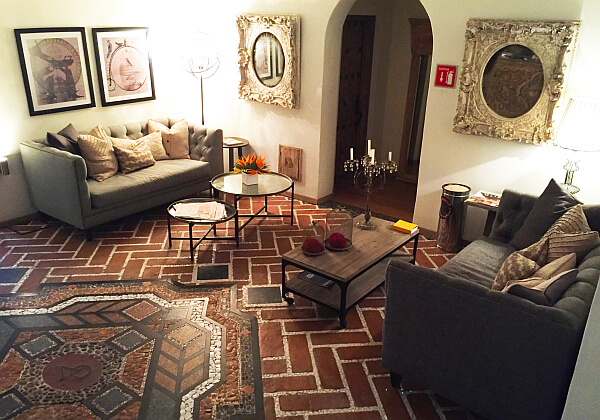 If you're looking for a hotel that is cozy, quiet, and discreet in the midst of a city of twenty million inhabitants, the Hotel Busue is your place. Discretion begins at the street entrance. The building is partly hidden by trees and there's no sign for the hotel—you just have to know. 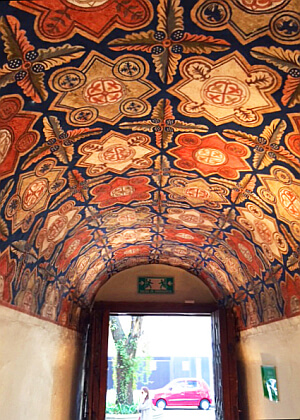 Location is a big part of the hotel's appeal. The neighborhood is Polanco, which extends along the north side of Chapultepec Park, and is home to some of the wealthiest people in Mexico. It has many of the best hotels, restaurants, and shops in the city. It窶冱 also the location of choice for foreign embassies, international corporations, and a large portion of the city's Jewish community. Near to several of the city's top museums, the air of sophisticated culture extends to the streets, many of which are named after philosophers, writers and scientists. The hotel's name is a contraction of Beau Sue, the nickname of Eugenio Sue, the 19th century French novelist after whom the street is named.

Just a block south is lovely Parque Lincoln, a perfect spot for an afternoon stroll, and one block to the north is Avenida Presidente Masaryk (named after the first president of Czechoslovakia), which is often compared to Los Angeles' Rodeo Drive, with its line up of status stores like Tiffany's, Gucci, Cartier, and Louis Vuitton. 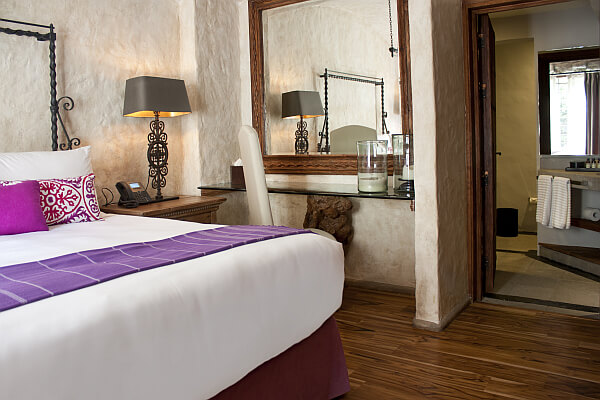 The hotel was first opened more than 20 years ago by Mexican TV personality Lolita Ayala; her connections have made it the hotel of choice for many in the world of entertainment and politics—hence the emphasis on discretion.

In its former guise as Casa Vieja, the hotel was decorated in colorful colonial style, like something you'd find in San Miguel de Allende or Oaxaca. Apparently some clients commented that the sunshine-bright colors were fun, but not restful. The current makeover follows contemporary hotel fashion with a palette of warm, neutral colors, simple lines, and soft lighting. The design direction is toward the minimal, but unlike some places where that may come across as bare and cold, the Busue feels homey and inviting. 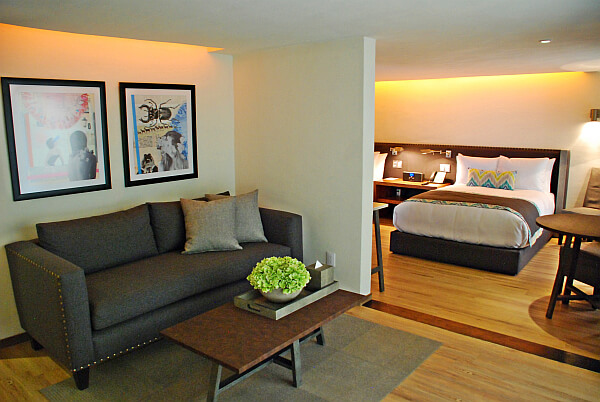 For a small hotel—there are only 11 rooms—the sense of space is luxurious. The lobby feels intimate, but many rooms have enough empty floor space to hold a yoga class, and bathrooms are spacious. Most rooms face away from the street, so noise is not a problem. Street side rooms have double-glazed windows, but even without that, the traffic here is minimal at night. Details like an illuminated make-up mirror, L'Occitane bath products, and lots of closet space add to the sense of well-being.

A few elements of the hotel's colonial-style past, like the painted ceiling murals in the entryway and the tiled floor in the lobby, give a patina of age that softens the overall modern design. Guest rooms have stone sinks, pebble floors in the shower, and heavy wooden doors that seem like they were taken straight from an old hacienda. 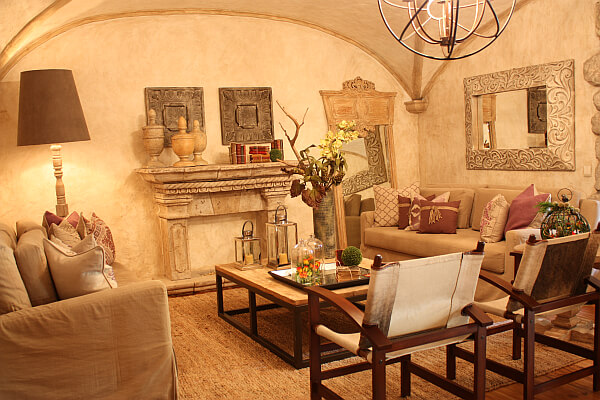 The restaurant on the top floor, Dixon's, is no longer part of the hotel operation, but it's an attractive and convenient option for European style food—and they will deliver to your room. But the hotel's location is within walking distance of many of Mexico City's finest restaurants.

The Hotel Busue is a "your wish is my command" kind of place. With its intimate size and attentive staff, you won't have to wait long for your wishes to be fulfilled.

Review and indicated photos by Jim Johnston. Other photos courtesy of Busue.