A Train Ride to Adventures in the Copper Canyons of Mexico

The Mexican passenger train between Chihuahua City and Mochis takes you through a land of beautiful scenery—and can also deposit you in a land of adrenaline-pumping adventures. 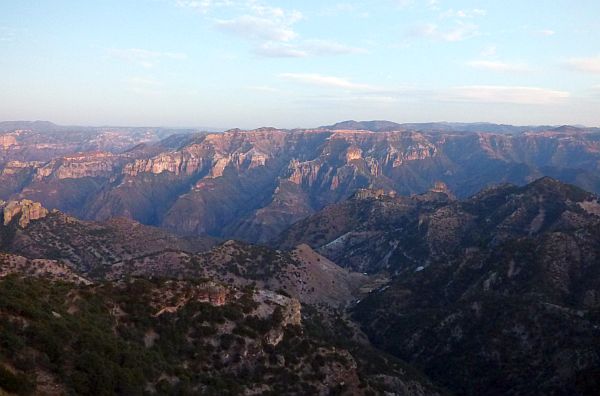 I sat on my balcony at El Mirador hotel, the expansive canyon view in front of me changing every few minutes in the fading light of sunset. Glowing red like warm embers, the mountains and cliffs were giving a show as I sipped my drink and let my tired muscles rest. They deserved it after what I put them through in that place earlier in the day.

My trip to the Copper Canyons of Mexico with a Chihuahua-based tour company started out in a groggy state. The train departs from its northern point of Chihuahua's capital at 6:00 a.m. Most of us in my group had checked in after midnight, thanks to late-arriving flights from the USA via Mexico City. It felt like I had just closed my eyes when the alarm went off and we were soon chugging down the train tracks in the dark.

The first hour or more of the El Chepe train ride is nothing to get excited about anyway, passing through industrial areas, then cattle farms, then deserted scrub brush lands in a state that's perpetually short on water. The sunrise over the distant mountains was a treat when it arrived though, lighting up the landscape outside the windows and bathing the train cars in a warm glow. 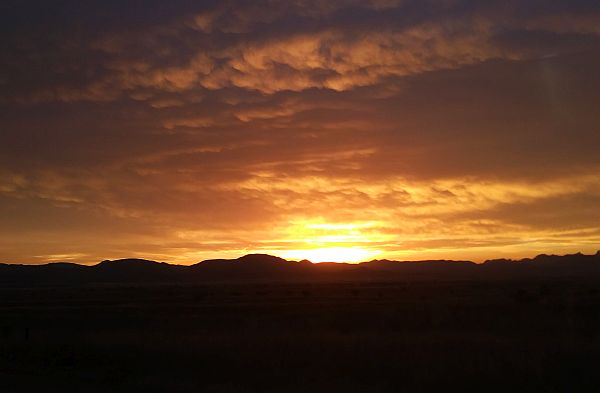 Once that glow became a bright beam there was little chance of sleeping, so we made our way several carriages down to some huevos rancheros and coffee in the dining car. We sipped coffee and watched the flat parts drift by, then grabbed the cameras when the scenery started getting interesting.

There are two passenger classes on the train through the Copper Canyons. One is filled with locals who use this as their main transportation, as well as a few budget travelers. The upper-class section is not exactly luxurious, but it's comfortable, with quality seats, ample legroom, and climate control. There are spots in between the train cars where you can take photos of the passing scenery without having a pane of glass in the way. 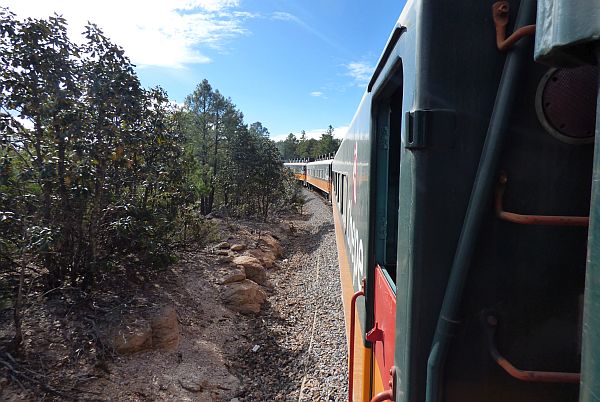 El Chepe chugs along between the two main cities fast enough that you could do the whole trip in one day if you wanted. This would be a shame, however, since you see a lot more once you get off and move around. Most tours in this area stop in two or three towns along the way, continuing the journey as the following day's train comes through again.

The first major train stop is Creel, a town of 5,000 that was founded when the railroad went through in the early 1900s. There are no deep gorges here, but instead you get to see areas of dramatic rock formations just outside of town. We rented bikes from 3 Amigos Adventures and set off with a guide who led us out of town to El Valle de los Hongos—the Valley of the Mushrooms. It didn't take any imagination to see the giant mushrooms here. Just down the hill was a giant frog formation, so it would be easy to believe a legend that giant creatures roamed this land before something turned them to stone. 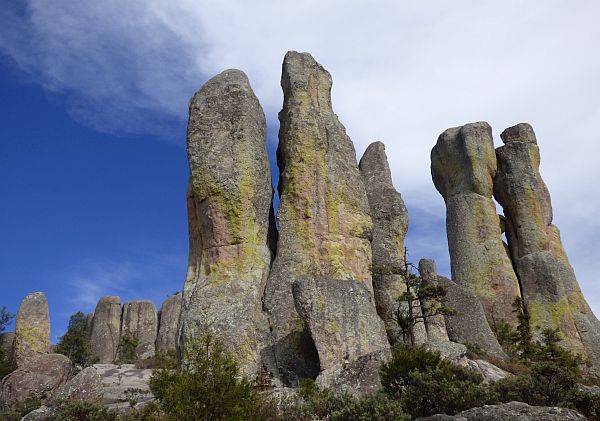 The feeling continued as we rode a few miles away along a dirt road to the Valley of the Monks. Here giant eroded pillars stretch to the sky, standing sentry on the side of a rocky hill. Off to one side was what looked like a big stone broken heart, squeezed between two larger rock formations.

With no one else around, it was easy to step back and imagine what it must have felt like for the first settlers in this land to stumble upon this area and feel a sense of awe, perhaps a little dread. Surely the "monks" name came much later, the Catholic church co-opting the original legends and replacing them, just as they did with the temple sites turned to churches.

We spent the night in a Best Western, a name that doesn't exactly evoke an image of pampering, but this was a "Plus" version of that chain. So it had a full spa, a sauna, and a whirlpool. It gets downright cold in these parts in the winter months, so the gas fireplaces in our rooms were a welcome sight. A few days after we left, it snowed. 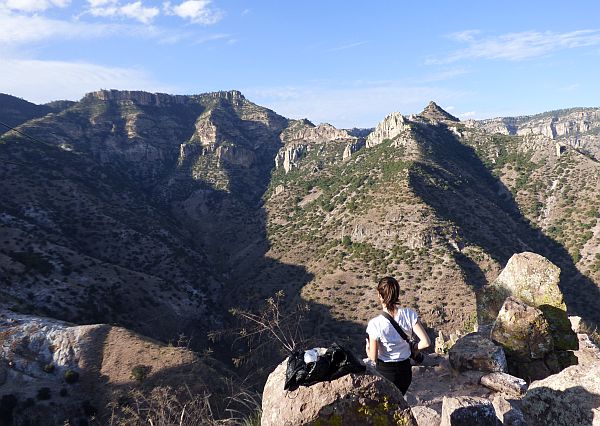 The most dramatic views in the Copper Canyons are at Divisadero, another regular stop on the train route. This has long been a popular place for travelers on multi-day tours to spend the night, the hotels expanding over the years to meet demand. The area really got a boost, however, when the Barrancas del Cobre Parque de Aventura opened up in 2010. This adventure park set up to be the biggest and best in North America and it combines engineering feats with a spectacular setting. The real beauty of it is it delivers a sliding scale of adrenaline doses for all ages and fear levels, from mild to "What the h#&% was I thinking saying yes to this?" 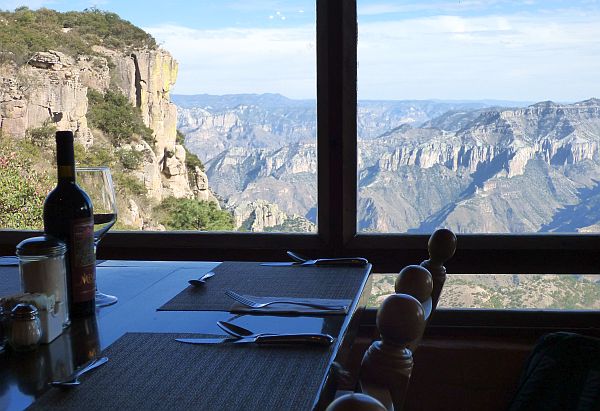 Those who have a severe fear of heights can be content in the restaurant or in the free overlook area, where the canyons spread out in folds for miles. There's a spectacular 180-degree view from here that changes with the light throughout the day. The next step up is the teleferico cable ride, with a ten-minute ride that travels across a deep canyon, with great vistas on each side. Like an extra-large Swiss gondola ride, it goes from the main building to a point way off in the distance. On that other side is another awe-inspiring viewpoint, but this one in every direction.

We took that ride back but got to the viewpoint in a quicker fashion: on the world's longest zipline. This is a sitting one where two go at the same time, hitting a top speed of 80 miles per hour before slowing down as it rises up to the stopping point more than a mile and a half away. The wind rushes by in a loud roar and seemed to push my face muscles back as I launched into a big grin. This unprotected whoosh into the sky produces another reaction in some, however: frequent screams are a regular background sound when walking along the overlook.