Though in large part a conventioneer's resort, Fairmont Mayakoba is notable for its striking natural setting and polished service throughout the property. 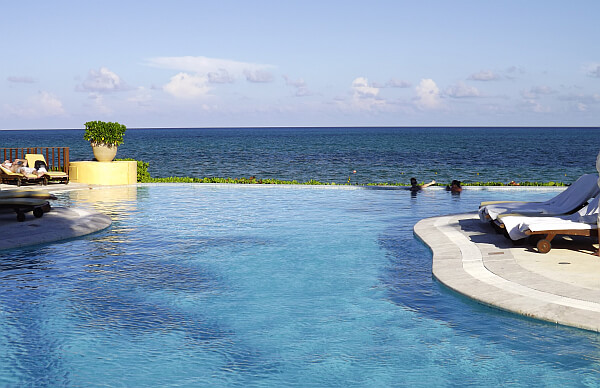 Opened in mid–2006, the Fairmont was the first property to be completed in the 600–acre Mayakoba development, a novel project in which multiple luxury properties and a PGA championship golf course are set amid swathes of low jungle and mangrove swamp, with a long stretch of beachfront from which neighboring resorts are visible but not intrusive.

The logic of large–scale development (the Fairmont alone has 401 rooms) with an allegedly eco–friendly bent was certainly controversial when Mayakoba broke ground, but as the resorts here have drawn moneyed tourists and hosted major golf championships, much of the early skepticism has subsided. In the case of the Fairmont, the aesthetic results are undeniable and the setting has been a big success. 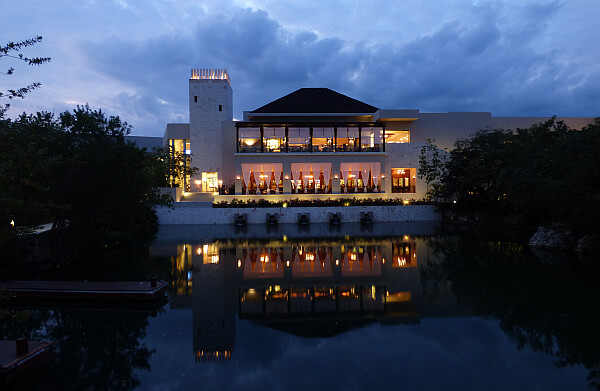 The view from the lobby lounge, the highest point on the property, takes in a sea of green, punctuated by the sleek lines of the square ocher–yellow villas that march east toward the water. But the Caribbean is barely visible beyond a wide buffer of mangroves, cut through by a network of canals. Small boats provide shuttle service past water birds and chirping frogs to the beach, where there is a pool, an excellent restaurant with a view, and the higher–category rooms. The less glamorous—but more convenient—way of getting around is by golf cart drivers that circle on a regular schedule. Or just grab one of the hundreds of BMW bikes parked all over and work off that big lunch. 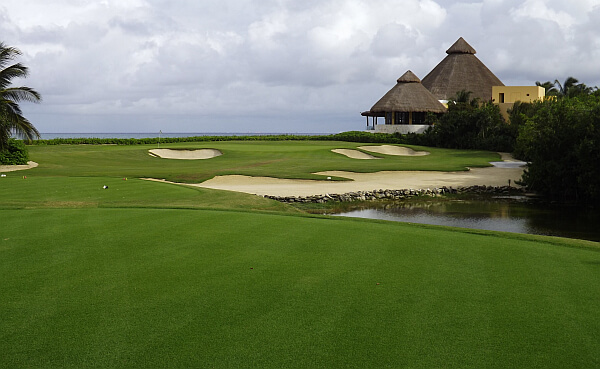 There are five pools in total scattered around the 45 acres: one with a waterslide and swim-up bar, another for adults only. All are well-maintained and have attendants at the ready. Two tennis courts are available.

In recognition of the many families traveling together to this region, an extensive kid's camp and teen's club are on site. The former has a strong nature exploration slant, the latter outfitted by Sony Playstation for those older kids who can't bear to part with electronics. Adults who can't will unfortunately have to pay a fee to access Wi-fi, but they can easily get around this by joining Fairmont's free loyalty program before arrival—a nice compromise.

Fairmont Mayakoba does the majority of its business in group sales, and portions of the property have an undeniably business–class feel. The spa, for instance, is Fairmont's second–largest (after its Scottsdale property), and its large size can make it feel corporate and impersonal compared with the smaller, more visionary spas in the region. Restaurants and the small convenience store are clearly priced for those with an expense account. 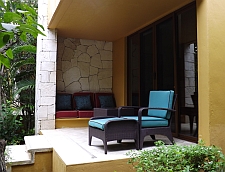 The most basic rooms are in somewhat generic blocks scattered around different lagoons, well-equipped with the expected good toiletries, safes, and coffee makers. For pampered luxury, opt instead for anything with the word "private" preceding it—these for the most part refer to the clutch of rooms in the beach area, all of which are significantly larger and have butler service; a few (labeled "suites") have private plunge pools as well.

Even in a mid–range Signature Casita ("signature" means the room has a view of the canals and mangroves; "casita" places it in one of the square yellow two–story villas), the amenities are perfectly satisfactory: a large terrace overlooking the water (opt for the second floor for marginally fewer mosquitoes), an expansive bedroom with a flat–screen TV and Bose stereo, and a deep tub adjacent to a floor–to–ceiling window, for plenty of natural light in the marble bathroom. 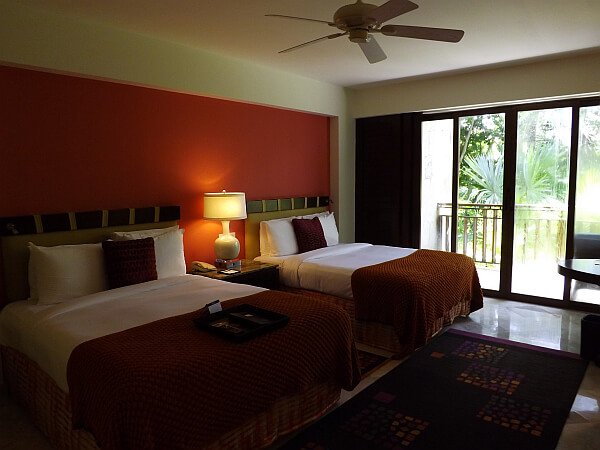 The style throughout is modern without being over–designed—furniture is spare and devoid of ornate details, and bed linens are punctuated with splashes of bright pink, lively purple or pale green. 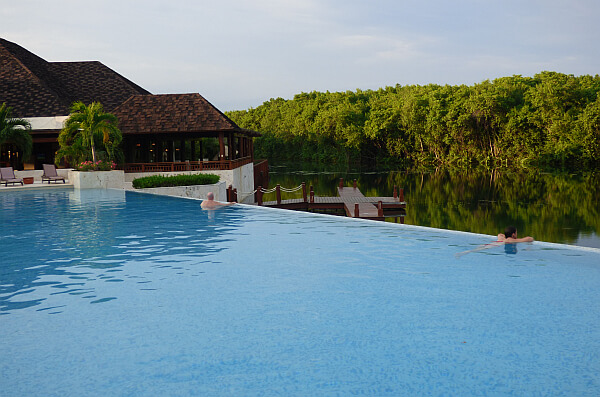 The only real drawback to Fairmont Mayakoba is its massive scale. Feeding as many as 800 guests at a time is a serious challenge and can occasionally result in waits or frazzled staffers. When things are humming along well though the results are quite good and this is a well-tuned operation that makes the most of its international management and training programs. Overall the workers here are polished, professional, and friendly. Meals at the four restaurants are seldom boring and are more often surprisingly great for a convention hotel. 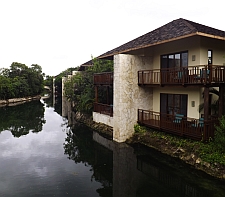 The biggest gripes from guests are the challenges of getting to the beach or pools from the scattered rooms. And aside from a nature tour of the canals and the Greg Norman–designed golf course, El Camaleón, guests will find very few activities without paying a hefty feel to go on a local tour off-site.

Fortunately, the layout of the buildings and the landscaping—including the arrangement of the main pool complex into smaller, more private sections—help absorb the crowds. For great restaurants and nightlife, Playa del Carmen is a 20–;minute cab ride away, and concierges are happy to arrange off–property snorkeling trips and the like.

While there may be better alternatives in the area for those seeking an intimate retreat, the Fairmont Mayakoba has proven that it's possible to run a large resort in a sustainable manner, combining modern style with the natural beauty of the Yucatán.