Story and Photos by Lydia Carey

Ask those in the know and they will tell you that a buzz is building about Guadalajara, Mexico's second largest city, as a new dining and drinking hotspot. 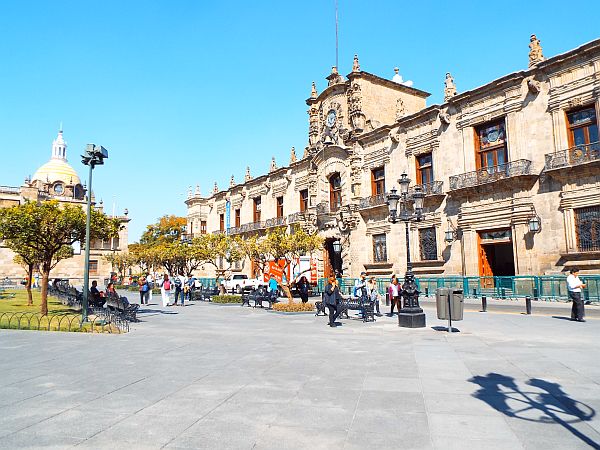 We recently spent three gluttonous days eating and drinking in Guadalajara and found out that not only are the rumors true, but reality exceeds expectations. This sunny, Los Angeles-esque city of just over 1.5 million has a sprawling, mellow vibe despite one of the city's popular adages that women "wear high heels to the grocery store." While it may be true that the socialites of Guadalajara are more done-up than those of the country's hyper-urban capital, or its cobblestoned colonial towns, the social scene here is all about casual fine dining, homegrown luxury, and lazy family weekends in the countryside.

Our hotel, Villa Ganz, a 10-suite boutique hotel housed in a 1930s home, sits right in the middle of one of Guadalajara's most up-and-coming neighborhoods. Neighborhoods Americana and Obrera and the streets from Chuapultepec Avenue to the city's historic center have been evolving fast in the past five years and are now home to a bevy of new restaurants and residents. 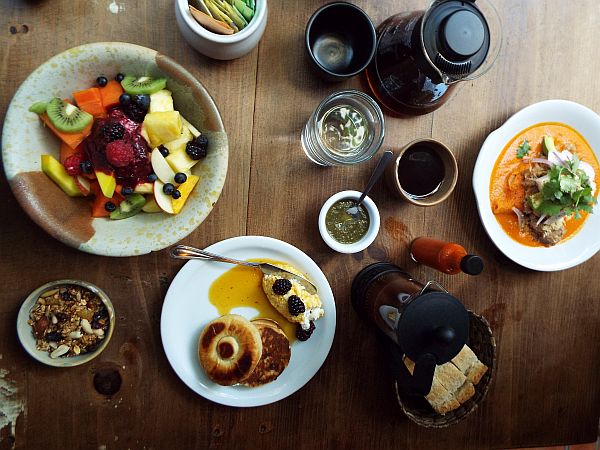 Nearby Pa'l Real is owned by famed coffee gurus Jorge Sotomayor and Fabrizio Sención of the local coffee company Cafe Estelar and has about every kind of brewing method that a coffee lover could dream of. It was our first breakfast stop, bustling on a weekday morning with locals, business execs, yoga moms, and friends meeting over fresh biscuits with requesón cheese and orange marmalade.

A delicious breakfast requires a delicious after-breakfast walk and the area around the restaurant is more pedestrian-friendly then some of the city's outlying neighborhoods. It boasts fine examples of colonial architecture mish-mashed with local street art, modern glass and steel high rises, and some stately plazas where local Tapatios (Guadalajara residents) hang out in the sunshine.

Chapultepec avenue, busy day and night, is lined with some of the city's larger chain restaurants as well a few more independent joints, including El Grillo, a London-style pub vibe with a small outdoor patio and a serious list of Mexican craft beer—each category boasting at least one hometown brand. The bright and caramely El Grillo porter is a perfect heavy/light mix for a warm afternoon in Guadalajara. 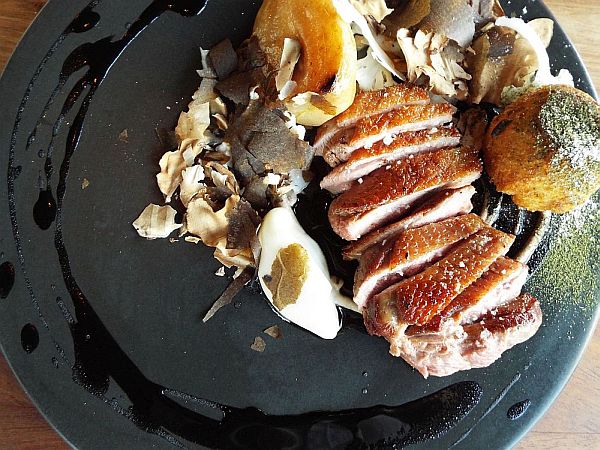 For lunch, we took a cab over to the Vallarta Norte neighborhood, less visually appealing, but home to luxury hotel Quinta Real Guadalajara and several of the city's most delicious restaurants including Anita Li, I Latina and our stop for the day, Alcalde. Alcalde has a hip, casual ambiance with an upscale menu that is worth the price of your peso. The young chef/owner, Francisco Ruano, named the place after the neighborhood market his mother and grandmother used to take him to shop, and his dishes reflect a formal culinary education paired with deep connection to his local roots. He offers diners an upscale version of pork neck and black bean soup, local duck in a sauce made of chile ashes and sprinkled with dehydrated portobellos and sea. Thereâ€™s a local dessert called jericalla served with artesanal vanilla ice scream and nut shavings. Their craft beer list is limited but the long wine list makes up for it. Everything was so beautifully presented it was hard to eat it... but we managed.

After two massive meals we almost didn't make to our late-night dinner date, but decided to split a steak and a bottle of wine in order not to miss out on Res Publica. An Argentine parilla, or outdoor barbecue, where the grillmaster is set up to one side of an open-air dining room filled with a local crowd of Guadalajara's young and affluent. You're warned that steaks are cooked at the moment and tend to take a little longer than usual, but the wait really isn't that onerousness and its worth itâ€”such a tender, well-prepared piece of meat is hard to find in Mexico.

Beers and Beach Hundreds of Miles from the Ocean

Day two, we opted for a light breakfast at the hotel in anticipation of the day ahead. We had a reservation at Anita Li, one of Guadalajara's most popular eateries and a private beer tasting in the afternoon with Loba craft beer owner Alejo Magallanes Vega in his downtown factory.

Another local favorite tucked into a residential neighborhood, Anita Li has a kitschy interior with palm tree backdrops and irreverent chalk drawings on the walls. If there is one 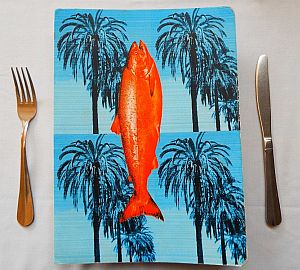 thing the owners of Anita Li (who also own palindrone sister spot I Latina, as well as Lolo) are serious about, it's food. The menu fuses Asian ingredients and cooking methods with local fish and seafood, resulting in dishes like Camaron Asado Thai â€“ thai-spiced shrimp served over a cilantro, cucumber and jalepeÃ±o salad with chipotle alioli. While there we test-ran a local Ventura brand blond ale, a perfectly crisp compliment to shrimp and rice noodles in coconut curry.

The Ventura was just a warm up for the afternoon that we would be spending with Alejo Magallanes Vega in the Loba brewery near Guadalajara's city center. Alejo specifically chose this central location because he wanted his customers be able to ride up on skateboards and bikes and so that company could have a deeper connection with the community. The factory is just a factory for now, but Magallanes is in the process of converting it into a brewpub, with wood-fired pizzas and pork fed with hops and barley. He gave us a tour of the brewery and sat us down for a sampler of Loba's 6 varieties. 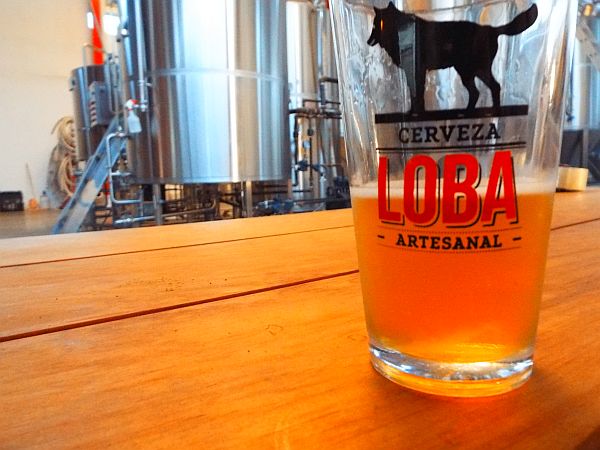 What has won this brewery national and international accolades are their unusual beer varieties including a pre-prohibition lager, an Indian Pale Lager and a traditional sour made with native prickly pear cactus fruit. This last concoction was created in collaboration with an Oregon-based brewery, as part of the Guadalajara-Portland sister cities project. Besides being unusual, Loba's beers stand out for the extreme care that Magallanes and his team take to purify their water (a multi-step process that includes stripping the water of all its properties and re-mineralizing it to meet the individual water requirements of each beer type) and their precision refrigeration process. The brewery will eventually offer tastings to the public, but we set this one up for just us (at the last minute!) and Mallaganes was the perfect host, so generous that by the end of the afternoon we needed to get something in our stomachs and fast.