Mexico City is the epicenter of the country and its hotels are naturally sophisticated and handsomely designed. The Federal District is not just the political capital of Mexico: CDMX as it is now known is also the cultural center, the entertainment capital, the gastronomic leader, and the home of Mexico's business headquarters.

The largest city in North America by metro population is also finally getting its due as a tourist destination. After showing up on every "hot list" and "places to go this year" travel destinations list in the glossy magazines, it seems that travel editors have realized that this city is a real standout right under their noses. With stacks of culinary awards and sites like Teotihuacan to see, there's plenty to keep you occupied for a week or a whirlwind long weekend trip.

If you're trying to figure out where to stay in Mexico City, the choices for luxury travelers are much more varied than they used to be. When we first launched Luxury Latin America, we only featured five hotels in Mexico's capital and honestly, even that was a stretch. Since then, a lot of new properties have opened, from luxury high-rises like the St. Regis on Paseo de la Reforma to the upscale boutique hotel Las Alcobas with two great restaurants. More have launched outside the traditional hotel zones too, from the historic center near the Zocalo to neighborhoods like San Angel. 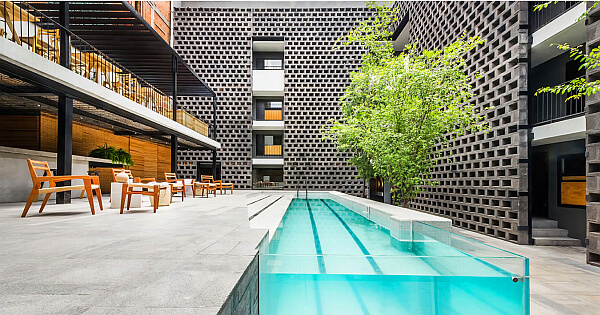 Competition is now stiff among the top luxury hotels in Mexico city and standards are high, especially at the true 5-star hotels and the best boutique hotels. A great number of city hotels appeal to business travelers though and many of these are large and impersonal. We have walked through the halls of more than 40 of them to weed out the average and present to you the very best of the best hotels in terms of style, facilities, and service. Whether you are looking for an artsy boutique hotel, the best Polanco Mexico City hotels, or a humming high–end fortress for CEOs, our detailed reviews will point you in the right direction. Here are the best luxury hotels in Mexico City, with the neighborhood where they are located.