Touring the Highlights of Inland Jalisco

The big state of Jalisco encapsulates most of the images that come to mind for the interior of Mexico. A family road trip through the center explores both the icons and the oddities. 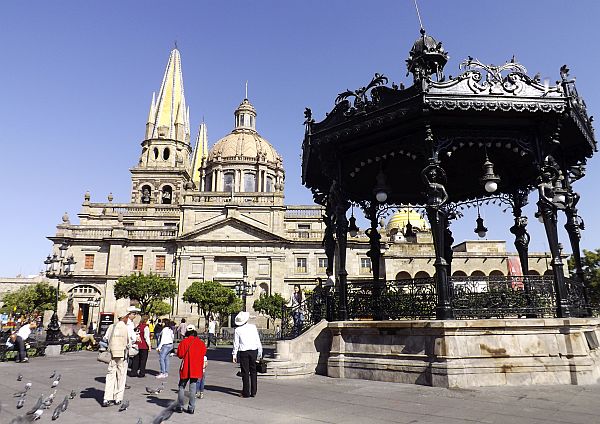 We sip three kinds of fine tequila and then walk across the street from the distillery to have lunch where a musical trio is playing Mexican love songs. As we finish up there and go explore the plaza, a boy shows off his lasso skills with a rope, looking like a miniature caballero straight off the ranch. A mariachi band strolls by, all in matching outfits, on their way to a gig.

We are clearly in Jalisco, the state where almost every Mexican cliché and cultural icon was born. Tequila the town and tequila the drink. Cantinas with swinging wooden doors. Mariachi bands in elaborate embroidered outfits and giant sombreros. Plus every song you've heard in a Speedy Gonzales cartoon.

This is a very large and diverse state however, stretching from farming plains to a Pacific coastline stretching several hours south from Puerto Vallarta. In between is Mexico's second–largest city—Guadalajara—and the Sierra Madre mountain ranges. Lots of Mexico's famous spirit comes from the plains, but get into "Los Altos" and you get a more floral, herbal version like Don Julio tequila.

We leave the Alamo rental car counter in Leon with keys to an almost–new Nissan and luggage for three, aiming to hit a few highlights and hopefully a few surprises on a week–long vacation. We aren't going to cross the mountains this time and head to a beach. Instead we will tour the heart of Mexico at our own leisurely pace, seeing colonial towns and the big city, a "pueblo magico," or two, and the gringo magnet of Lake Chapala.

The first stop? Some place that's likely not on any list of the 1,000 places to see before you die in Mexico: Tepatitlan. 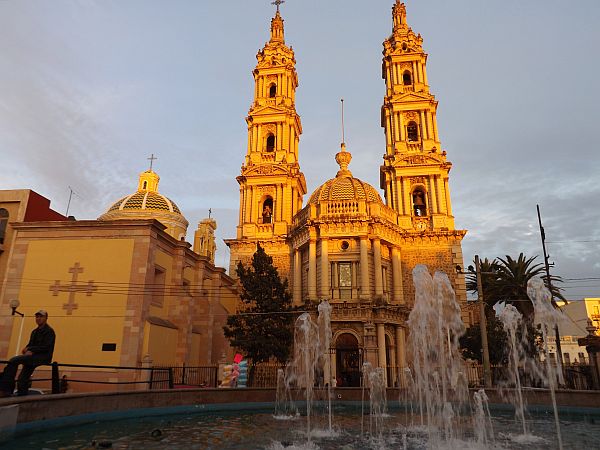 Sleeping in the Egg Capital

I had hooked up with an old friend who organizes a group called Casonas y Haciendas of Jalisco. It's an alliance of interesting independent hotels and resorts in the state. I knew her Villa Ganz was fantastic and another member, Hacienda Sepulteva is another true gem. So when we were working out where to go on this exploratory journey, I say, "You tell me" and leave it in her association's hands.

This is how we end up in Tepatitlan, the kind of small city people zoom by on the highway without stopping. A place where a name on an exit sign triggers no frame of reference, no visualization of photos once seen in a magazine or on a social media feed. This is the egg capital of Mexico, apparently, and that's not going to put a city on the list of "The most Instagrammed spots of 2015." 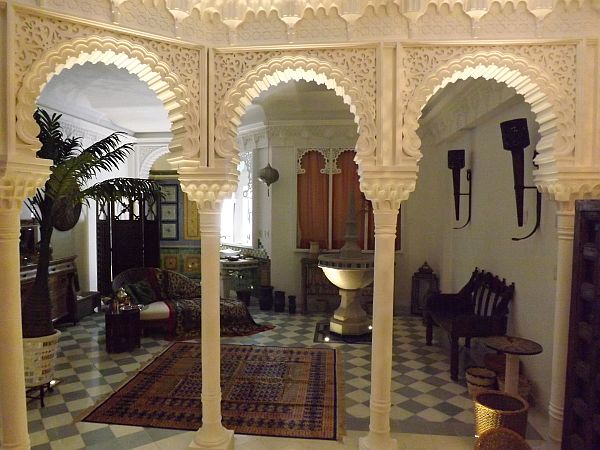 So I have limited expectations about our the Grand Hotel Tepatitlan and I worry that its name would be an aspirational one that ends up seeming satirical. But as soon as we enter we find that it really does deserve the moniker. This is an ambitious place that would seem impressive in any major city, never mind one like this that gets almost no tourists. Every suite is different and each is carefully crafted around a theme: Marie Antoinette, Neruda, Mandela, and Chanel for example. Or the Alambra one that looks like it was teleported over intact from Marrakech.

The main attractions of Tepatittlan are the city museum and four churches in the historic center, including the striking Parroquia de San Francisco completed in 1775. So apart from wandering between those, we sleep in, rest up, and eat well. Naturally we order egg dishes for breakfast and they're exquisite. 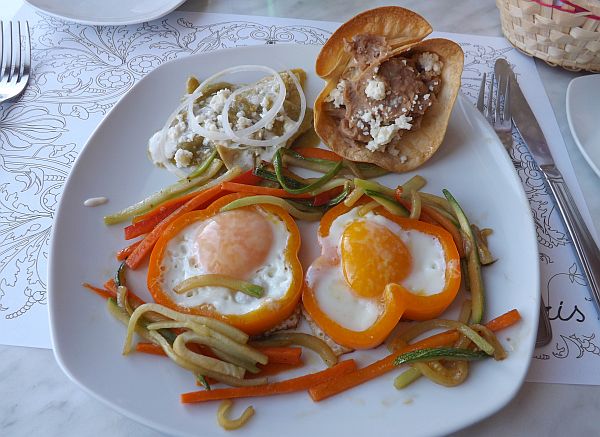 If you add where we're staying to the name of the capital city, together they're nine syllables to pronounce. Tlaquepaque, in Guadalajara, was at one time its own little township but is now squeezed in by the sprawling metropolis. This presents a nice "best of both worlds" scenario though. We stay at La Villa del Ensueños, on the edge of what feels like a craft village, complete with a pedestrian–only main thoroughfare and buildings that don't extend higher than the local church. We can leave the car in their parking lot and use our feet for transportation. In 15 minutes, however, we can get to the center of the big city. 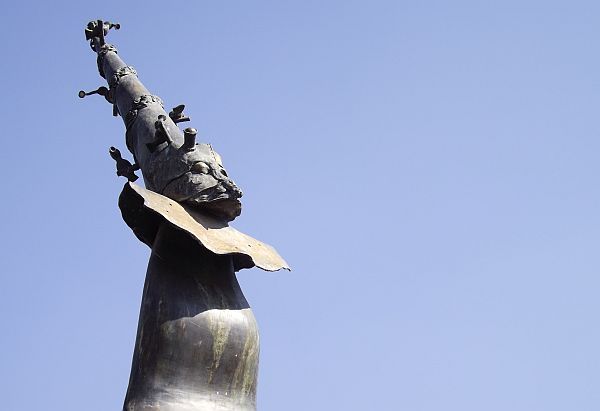 Guadalajara is no Mexico City when it comes to tourist attractions, so a day of strolling the center hits most of the highlights. A great English–speaking guide brings the stunning Jose Clemente Orozco murals of Cabañas Cultural Institute to life and provides insight that would be tough to glean from a book. This is the kind of place that can inspire more questions than answers and the symbolism is often lost on even those with a strong grasp of Mexican history. Before entering I'm worried that my teenage daughter will quickly lose interest and start complaining, but she is fascinated by the various optical illusions and visual effects the great artist achieved.

After hours of walking through plazas and parks we sit in a café across from the great cathedral. It's time to have a leisurely lunch and soak up the atmosphere and the view. A stream of vendors offers a variety of souvenirs and we politely decline until the end. One man is selling blown glass swizzle sticks with different animals at the top. We talk him down from 40 pesos each to 20. Then we catch a taxi to Tonalá and see them for six pesos.