On the same block as three other business chain hotels, Mexico City's JW Marriott stands out for its intimate feel and refined elegance, with a richness that matches the Polanco neighborhood outside. 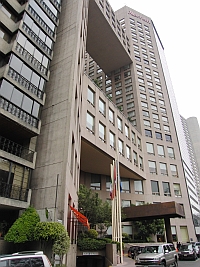 With the W on one side, the InterContinental and Hyatt Regency on the other, a typical JW Marriott would get lost in the sea of chain hotel predictability. This is not your typical Marriott property, however, having been originally designed as a Mandarin Oriental and with a level of intimacy and personal service that makes it popular with international CEOs and tycoons. The club level, with its own entrance and elevators, provides another layer of security and seclusion.

Overlooking Chapultapec Park on one side and Polanco on the other, the striking building is in two sections-one all steel and glass, the other concrete with a big square seemingly cut out of the middle. This part houses a terrace with an inviting outdoor pool and deck chairs, the well–equipped gym — complimentary for guests — looking out past it to the park greenery beyond.

Your first impression on the ground is likely to be people in power suits exiting a chauffeured Bentley or Mercedes with tinted windows. Inside, however, you must stroll past more pedestrian images of a coffee shop and neon–signed restaurant before getting to the sleek granite club level entrance on the right or the more welcoming main lobby through doors to the left. Once inside, the main lobby welcomes you with more reminders of the host country than the usual Marriott: a tapestry depicting a meeting between Spaniards and Aztecs, a painting of the city's main plaza behind reception, and encased bottles of high–end tequila in the attractive library lounge with fireplace. 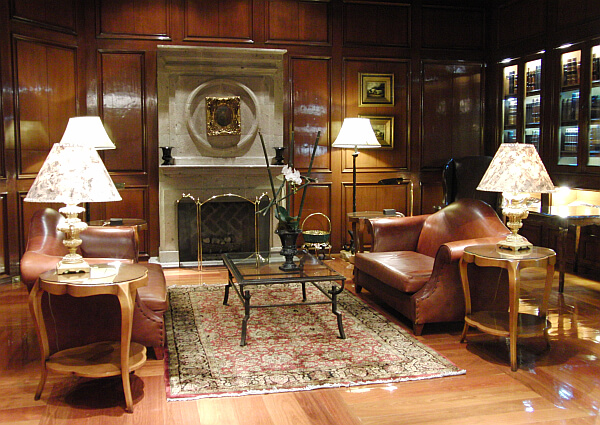 The main Cali–Mexican restaurant is a rather bland–looking buffet restaurant, but the lobby lounge is a different story. This large room features a variety of comfortable seating configurations, a wall of glass, and a long bar with stools. A gourmet Brasserie Lipp emphasizes French cuisine in a refined atmosphere with fine stemware, candlelight, and attentive service, but the outdoor terrace is less stuffy. A coffee shop right by the front entrance serves lighter fare at reasonable prices. With three other hotels on the same block, you don't have to go far for alternatives, be it sushi, a fine steak, or the "see and be seen" pan–Asian restaurant at the W. 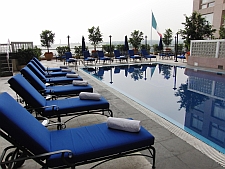 Attractive hallways lit by sconces lead to guest rooms with doorbells. These are some of the best rooms outside the Four Seasons Mexico City, deftly balancing traditional Queen Anne furniture with ample reminders that you are in Mexico. Overstuffed armchairs sit next to carved wood headboards, tissue boxes in Talavera ceramics, and paintings depicting local people and attractions. All the expected gadgets are in place, including 42–inch flat–screen TVs with CNN and ESPN, CD players, lots of outlets by the desk, minibars, electronic safes, irons, and trouser presses. The desk chairs are not ergonomic though and are not good for long bouts on the laptop.

Thick padding is under the carpeting and beds with high–end mattresses and fine linens make it hard to get up in the morning. Comfortable mattresses are topped with fine linens and fabrics and the carpeting is thickly cushioned. All rooms come with robes, but Internet access requires a fee except in club floor rooms. The premium for those rooms is still an iffy value proposition for those not receiving an automatic upgrade: breakfast is included but there is no happy hour with alcoholic beverages as in competing business hotels nearby. Suites are spacious, but are oddly categorized: the junior suites have a separate living room but pricier master suites do not.

Until the new St. Regis opens its doors sometime in 2009 and ups the ante, this is clearly the best hotel for business travelers after the Four Seasons and the most attractive JW Marriott in the country.