The state of Oaxaca is a world of its own within the borders of Mexico. Its distinct cuisine, craftsmanship and indigenous historical significance set it apart from the luxury beaches of the coast, the colonial ambiance of Mexico's central region, and the sultry cities of south. It's a place worth digging into. 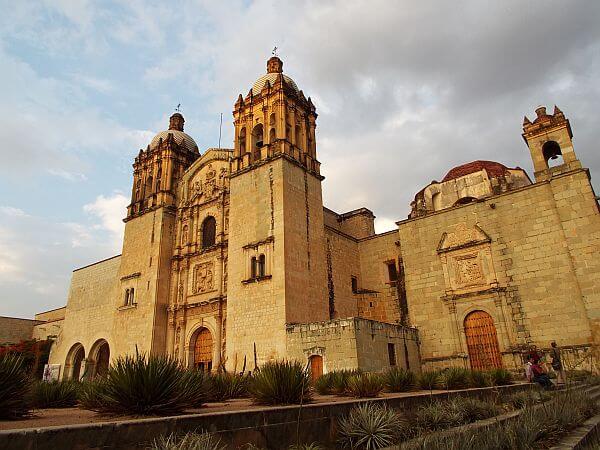 The family that travels together is not always the family that stays together. On a recent trip to Oaxaca with my parents who were visiting from the United States, there were some decidedly distinct opinions about what makes a good tour experience. My mother seeks after the exotic, always looking for something new and different. My father, the traditionalist, loves history and local crafts. My partner and I, who live in Mexico full time, simply wanted a change from 16th–century churches and pueblos magicos.

Oaxaca is a city and state with an overwhelming amount of options for tourists. I decided to take the suggestions of a few friends, and contacted Casa de los Sabores, Chef Pilar Cabrera's cooking school, for a little culinary immersion and Nicolas Garcia, a recommended local guide, to dig into some of the city's cultural past and present.

"I'll buy everything, you just help me carry it," Pilar said as she handed us each mesh plastic bags and briskly took the lead into Oaxaca City's Merced market. She had a no–nonsense way about her that made her both lovable and intimidating.

We were a small group, only four, trying to look inconspicuous as tall, white gringos in a local neighborhood market whose aisles were barely wide enough for a single little old lady to pass. This was the first step of our Oaxacan tamale–making class, led by Cabrera, the local celebrity chef of La Olla restaurant, known throughout the country for her moles and other Oaxacan specialties.

"I never travel without Oaxacan oregano or cinnamon," she says. "They just don't taste the same anywhere else." 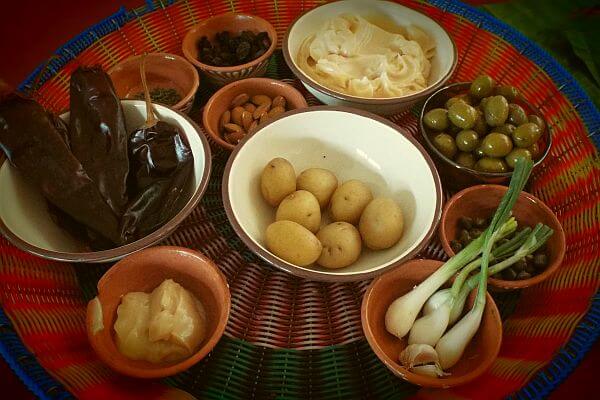 She pinches off a handful of oregano for us to smell. We are standing in front of Chiles y Semillas Flores, a tiny market stand overflowing with dried corn husks, dehydrated peppers and bouquets of herbs. On our way through the market's entrance we have already purchased miniscule, fiery red chiles, criollo avocados and tangy cactus fruit called jeotillas ("those are for a snack later," says Pilar).

Now we are traveling at what feels like breakneck speed through the market's aisles, Pilar points out the squash blossom soup mix, wild turkey eggs, and local apples. She explains the differences between tamale dough and tortilla dough and why you should always go to a cheese maker with a limited supply ("It takes 8 kilos of milk to produce 1 kilo of cheese, anyone with an overabundance is buying their milk from somewhere else.")

Everyone knows Pilar and Pilar knows everyone else, and even though I have been in dozens of markets in my six years in Mexico, this one is full of new things to learn and explore, especially with an experienced cook and teacher. After what feels like 20 minutes but is probably more like an hour, Pilar has purchased all the things we will need for our class that day: plantains, tamale dough, cabbage, queso fresco and a dozen other items. She hustles us back to her SUV and we are off to her house to make garnachas (shredded beef and pickled veggie appetizers), molito amarillo with shrimp (spicy shrimp soup), tamalitos de cambray (cambray onion tamales) and molotitos de plátano macho (mole filled banana fritters). 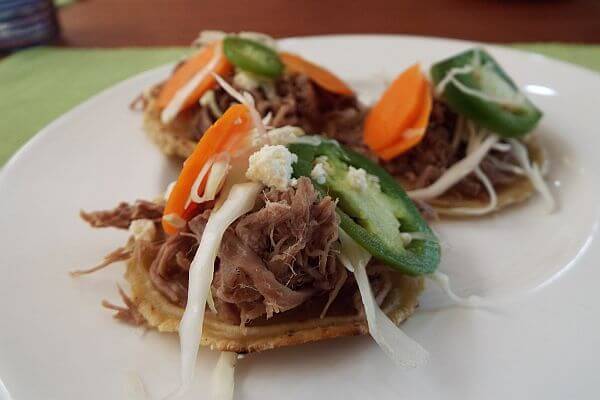 "How are we going to be able to make all this food in a few hours?" my mother asks me with trepidation. But when we get to the house Pilar's three kitchen assistants have already cooked and shredded the beef for garnachas, laid out the ingredients for each dish on massive clay trays and are boiling the water in the tamale steamer. Everybody gets an apron and we get started.

We start with tamales, mixing our market dough with lard, salt and chicken stock, sautéing the filling ingredients on the stove top 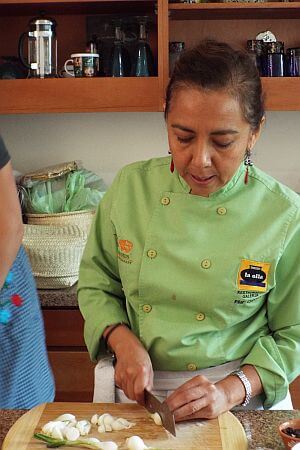 and steaming the banana leaves in preparation for the wrapping. All the while Pilar talks about the basics of Mexican, and specifically Oaxacan, cooking. How quicklime is used so tortillas don't stick to the comal, how recipes from Oaxaca's Isthmus region combine the sweet and the salty (like the things on the menu today), and why she likes the short, fat churros over the long, thin ones.

The preparation for each dish runs smoothly into the next and before you know it we are wrapping squares of mole negro with mashed plantain and getting ready for our mezcal tasting. For this Pilar brings out a flavor chart and discusses the subtleties of the two different mezcals she offers, one from Oaxaca and another from Michoacan. As the kitchen assistants fry up the last of the garnaches, we sit down to Pilar's table with fresh, fruit-flavored aguas> and tiny Corona beers. 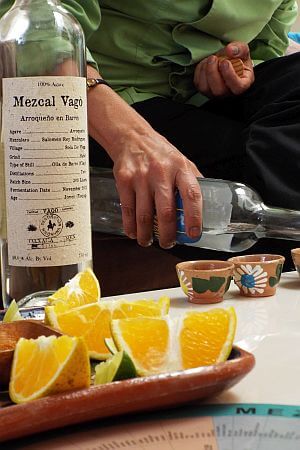 There's nothing like home cooking. It's deliciously different from the restaurant Oaxacan food we have eaten on our trip so far and Pilar's expertise and renown make us feel like we are being let in on some important secrets, even if they do include "don't touch your eyes when you are cutting hot peppers."

The Magic of Monte Alban

The next morning we are up early to meet Nicolas Garcia for a trip to Monte Alban, Oaxaca City's famous Zapotec ruins just outside the city. Nicolas has been giving tours around Oaxaca for more than 10 years and has planned a day for us that will include our trip to Monte Alban, a stop at a local sculptor's workshop and a visit to an artists' cooperative where we can pick up some traditional Oaxacan pottery.