Rising above the center of Mexico's prettiest colonial city, El Palomar Hotel is a sight to be seen, with a view that will blow you away. 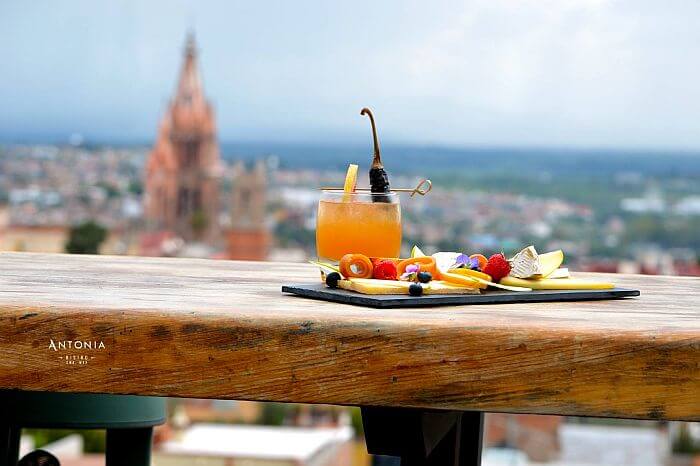 Up until its transformation into a luxury boutique hotel, the Palomar was just another colonial–style apartment building in the center of San Miguel de Allende, Mexico. Unbeknownst to many, its ten crumbling apartments had some of the best views of the central plaza and downtown San Miguel in the city. Sitting on a slight hill at the top of San Francisco Street, across from a tiny, ancient chapel, the building sat for years awaiting the facelift that it received thanks to Alvaro Zubeldia, owner of San Miguel's El Meson hotel and El Correo restaurant.

This new boutique hotel, opened in mid–2013, betrays little of its glory from the outside. A plain square edifice with an open–air courtyard in the middle and a tiny parking lot, the hotel has that distinctive Mexican–hacienda appeal, but its rooms and new rooftop bar and lounge have converted it from ordinary to decadent. 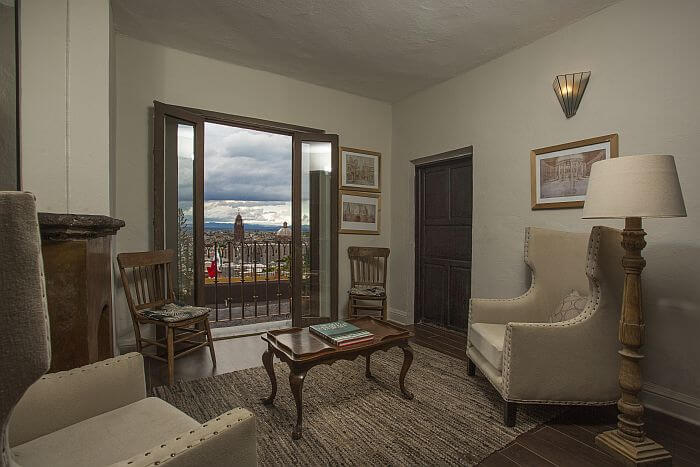 Each of Palomar's rooms has been graced by the interior design touches of Sioban Odonoghue. From master suite number 6 that sleeps six to the tiny apartment–like room number 9, the dwellings are sleek but comfortable, cozy, yet open and expansive with balconies that face the center of town and king–sized beds inundated with pillows.

Small interesting touches — lamps made from camera tri–pods and a sink whose base is an antique bike — decorate each room. Two of the suites include a stone whirlpool and another, a luxurious double–headed shower with an open skylight above it.

The hotel's restaurant is a simple affair, with a limited menu of Mexican favorites like arrachera or enchiladas, served ensuite, on the upper–level patio overlooking the rooftops, or on the lower patio tucked into the hotel's inner courtyard. A small infinity pool and fully–stocked bar on the roof are a great reason to linger in the Mexican mid–day sun and are ideal for relaxing after a day of touring, shopping, or just general trekking up and down San Miguel's many cobblestone (and sometimes vertical) streets. 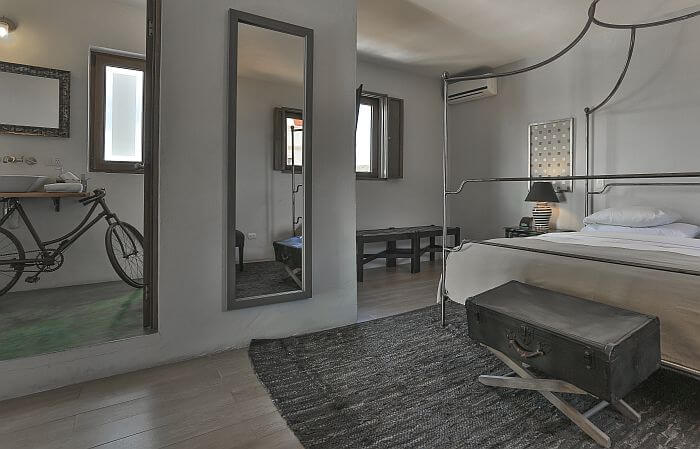 The service at Palomar is personal, prompt, and accommodating without being overwhelming. The restaurant is open until 10 pm and the staff is always on call should you need another bottle of wine or a suggestion on where to go out in town.

Having said all of that, you'll be hard–pressed to leave your room and its breathtaking view of San Miguel, especially as the sun sets or the lights begin to twinkle at dusk. The vista is transporting and makes you feel like you are in a much bigger place than little old San Miguel de Allende. A glass of wine is all you'll need to keep you company looking out over the burnt orange glow of the city.

The upper–level rooms and those that face away from San Francisco Street are the best options, for their amount of light and to avoid the occasional city noise you can hear in rooms on the lower levels. Most have convertible sofas or extra beds for groups or families. 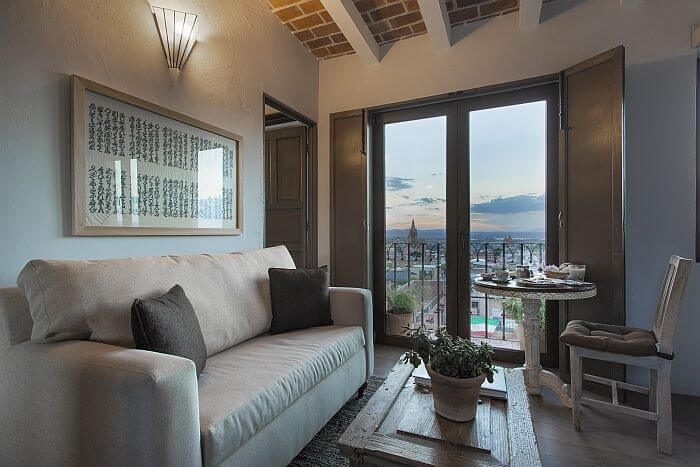 Zubeldia waited five years to take possession of the building, longing to revive it from his very first visit. Once the renovations on the hotel were completed, he invited the building's former tenants to come and stay for free in what were once their apartments.

"One couple did come," he told me, "they were blown away, they couldn't believe it was the same place."

Now that he finally has the Palomar he is doing his very best to make sure that every detail is just right. You will easily find yourself on a first–name basis with the staff and may even come across Zubeldia himself one morning, enjoying a cup of coffee on the patio. 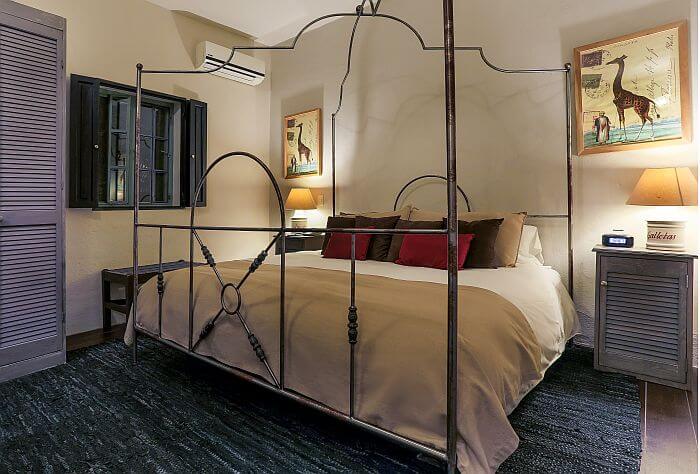 This addition to San Miguel's many great hotels and B&Bs was worth waiting for and is a must–stay on your way through central Mexico if you like small, centrally located hotels that make you feel like a resident. As for those views, they're some of the most panoramic in town, so if nothing else at least come here for a meal or drink at the Antonio Bistro on the top floor.

Review and photos by Lydia Carey