From Chalupas to Cuetzalan: Touring Puebla in Mexico

From one of the biggest cities in Mexico to a "magic town" far removed from everything, the state of Puebla offers a wide expanse of different travel experiences. 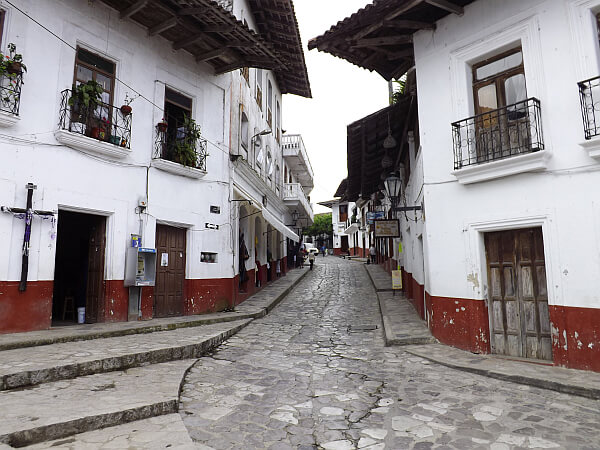 Puebla is a big city, but also a big state. And if you go to either you won't run into many other tourists. We decided to explore what everyone was missing, going highbrow and lowbrow in the capital and then driving into the misty mountains to the magical town of Cuetzalan.

The city of Puebla has several claims to fame, the most traditional one dating back to the mid–1500s. When the Spanish established the city of Puebla, they found the clay of the region to be of good quality and imported tin–glazed pottery making techniques from a town known as Talavera de la Reina in Spain. This was the first city to produce fine glazed pottery in the new world and eventually it became better known than the original. It's now known as just "talavera." 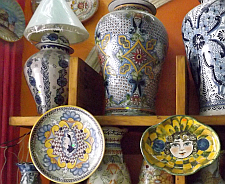 Puebla has retained its crown as the great pottery center of Latin America. Its full sets of dishes are prized by wealthy families and fine restaurants in Mexico and its cups and plates make their way around the world. You can shop for a full range of items in the El Parían crafts market in Puebla's historic center. The cheapest, factory made items are in the center, while the shops surrounding the market have the higher–end, hand–made items produced over time with great care. You can buy a complete set for eight here and have everything you need for a full Mexican banquet.

If you are serving a big Mexican meal, you may want to consider the dish this city is best known for: mole poblano. The word poblano has a double meaning here: it refers to something from Puebla, including its people, but it's also the mild green pepper that makes its way into so much Mexican food and is good for stuffing.

After eating our way around the restaurants of Puebla, trying cemitas (stuffed sesame bun sandwiches with avocado), chalupas (nothing like Taco Bell's), and chicken with a green pumpkin seed mole, my family headed to our cooking class at Mesones Sacristia Boutique Hotel set up by custom tour company Concierge Online. There we got schooled for a few hours on how to properly prepare Poblano cuisine. 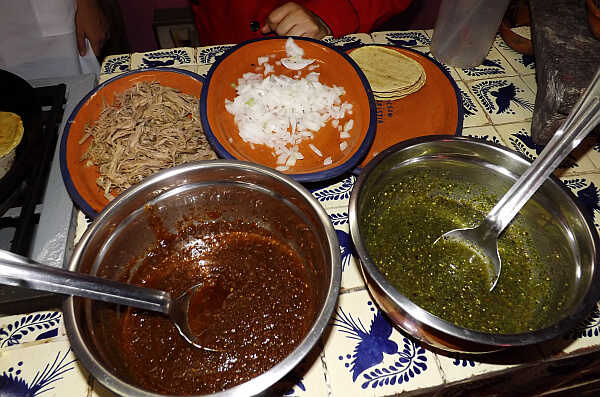 We started out with two staple items consumed throughout Mexico in a wide variety of forms: red salsa and green salsa. First we roasted halved tomatoes, tomatillos, onions, chilies, and garlic on a comal, which is a thin, flat cooking surface that's been used since before the Aztecs to sear things over a flame, just now they're made of cast iron, steel, or aluminum. Without all day to mash them together in a traditional lava stone molcajete, we combined the ingredients in a blender.

All the while, Lizbet explained in fluent English how to prepare each item, how to cook it properly, and what we were going to do next to create the salsas. She taught us how the different dried peppers can impact the flavor.

After tasting the salsa with some chips, we moved on to chalupas, a local staple in both street food and restaurant menus. These soft tostadas with shredded beef can be a gloppy mess if prepared poorly, but with our teacher?s expert help they were divine.

Last we prepared the mole sauce, a longer, more complicated recipe that can stretch to days in some grandmothers? kitchens. This involved several stages of cooking and a long list of ingredients: various dried chili peppers, tomatoes, a sweet plantain, flaming tortillas, chocolate, sugar, and onions.

After this simmered long enough, we sat in the courtyard of the 300-year-old mansion to dine on our mole poblano: the sauce we created over grilled chicken.

While many cities in Mexico have a historic center dating back to the Spanish Colonial period, few have one as large and as grand as Puebla's. We got quite worn out trying to cover all of it on foot and each time we?d turn a corner, there would be another grand fa?ade covered with local tile work. There are supposedly 70 historic churches and more than 1,000 colonial-era buildings in the center, the UNESCO recognized area taking up 391 blocks. With just few days in the city we could only take in a little of what?s on offer. 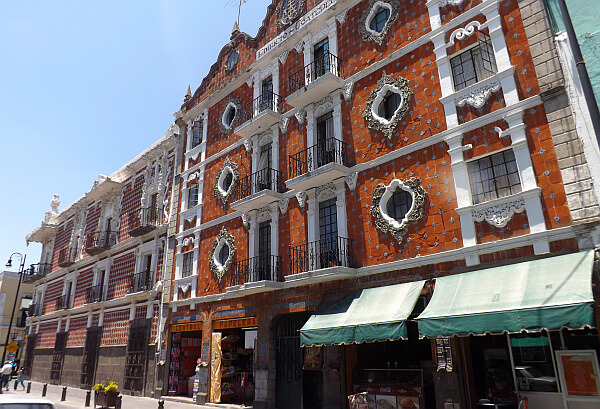 We toured the impressive municipal palace on the main square, then the grand block–long cathedral constructed in the early 1600s. Over a couple days we wandered in and out of Baroque churches filled with intricate carvings covered by gold leaf and museums featuring local handicrafts or period furniture in original mansion rooms. We wandered down streets to see what was there and at other times worked to find gems in our guidebook that were hidden away, like the Palafoxiana Library dating back to 1643. 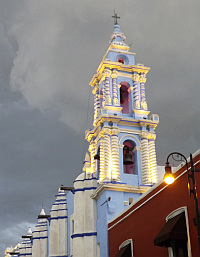 The eclectic Amparo Museum is the city's most significant. It contains pre–Hispanic pottery, religious art, furnishings, modern art, and photography. The café on the top floor offers terrific views of the city's rooftops and steeples, so it's a good place to relax for a while before moving on to the next stop.

After all the high culture and learning, it was time for some pure entertainment. We made our way to the Puebla Arena for a different kind of Mexican experience: Lucha Libre wrestling. Outside the streets were buzzing with stalls selling wrestling masks and food. Inside the vendors worked the aisles, selling a whole smorgasbord of food items, drinks, and toys. We couldn't get a floor–level seat, where people sometimes have to dodge a flying chair or vaulting wrestler. Instead we were in the balcony level, behind a net.