One of several opulent resorts in the expansive Mayakoba complex, the Rosewood is a chic hideaway with a unique layout that's great if you want more than the usual beach scenery. It's also a welcome addition to the area as a top–end child–friendly property. 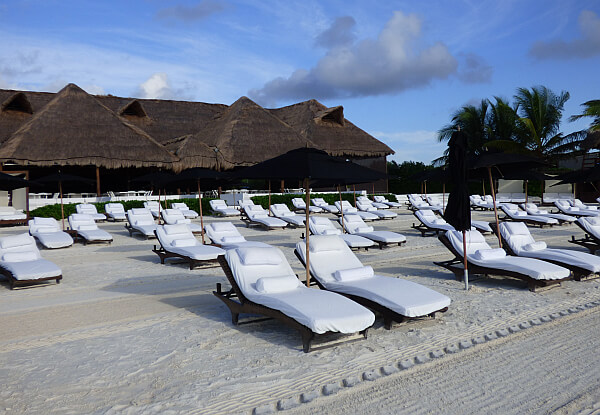 The Riviera Maya's Mayakoba is a vast project built around a protected swath of mangroves that line Mexico's Caribbean coast, as well as a PGA golf course. Rosewood Mayakoba, opened in the last days of 2007, was the second property on the scene and is the favorite of many well-heeled travelers for its intimacy, luxury, and creative architecture. 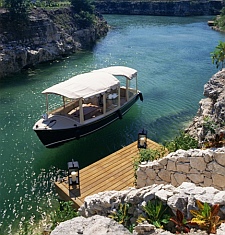 Past the dense buffer of greenery, the beach is accessible either by electric boat or golf cart. The half-mile walk isn't one you'd relish in the midday sun. With the social heart of the resort so far inland, it would be easy for the beach area to feel isolated, but it keeps getting larger and more active. Facing an expanded beach, the resort expanded the covered area to house two restaurants and a beach bar area with a sushi area. There are plenty of tequila and mezcal versions to try out here as well. Both dining spots are excellent and the chef has an organic garden on site to supplement all the fresh seafood sourced daily.

Ample lounge chairs on the beach are joined by a mid-sized infinity pool and a smaller cluster of suites. 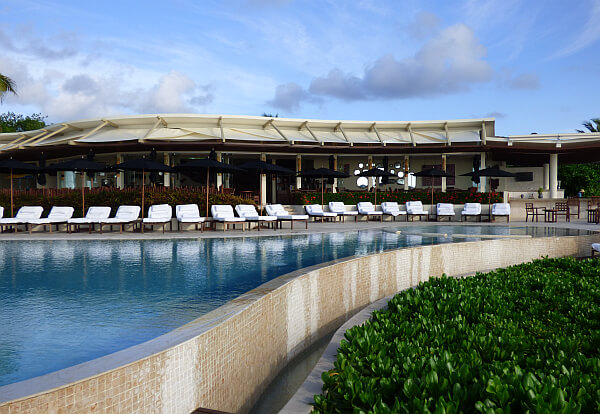 Inland or beachfront, the real draw here is the space you call your own. Rosewood's Madrid–based architects assumed guests would be spending most of their time in their suites. Even the "standard lagoon" layout, one half of a duplex building that's all arcs and angles, is 800 square feet, with two showers (one outdoors), a tub, a plunge pool, a rooftop deck and a private boat dock. 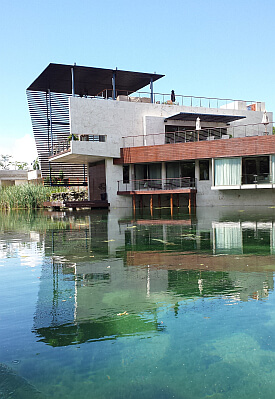 The next category higher, the deluxe lagoon suites have separate living and sleeping areas, but the bedrooms feel a bit more cramped and don't have their own ceiling fan.

The real stars are the "overwater" suites, each with a long terrace cantilevered above the canal. They're undeniably scenic, but the terrace is a tradeoff, as these rooms don't have the private rooftop decks that the standard suites do. Considering most of the plunge pools are right out on the canal in full view of other suites, the privacy afforded by the roof decks can be valuable. (They're also a bit of a respite from the mosquitoes that hover near the water at sunup and sundown. Eight new family-sized villas opened up in late 2016, all the size of ample houses with their own larger pool, gourmet kitchen, and three bedrooms each. 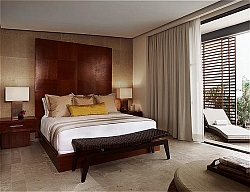 As for the décor of these lavish suites, think light wood and warm sandstone, all finished with sharp, sheer edges. Green pillows on the sofa add one of the few notes of color––a look that's soothingly neutral, or simply austere, depending on your taste, but over the years more splashes of color have been added, plus Mexican folk art pieces to brighten things up.

Likewise, the public areas rely not on color but on striking architecture to make an impact—more cantilevered decks lend a certain air of midcentury Palm Springs chic to the scenery. But the buildings themselves, of the same limestone that forms the bedrock, neatly blend in to the background in the right light. 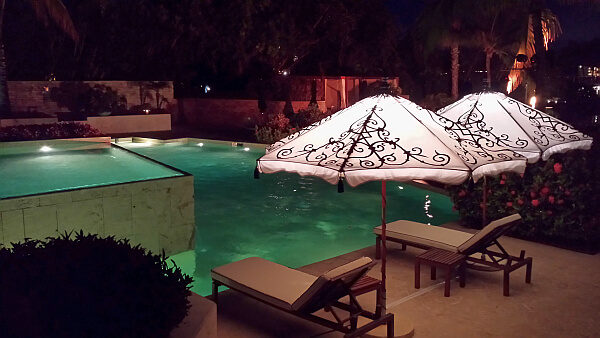 One of the warmest and most welcoming spaces at Rosewood Mayakoba is the spa. Set on its own small island, it is designed to capitalize on the outdoors at every opportunity. Every room, including the showers, has huge picture windows, letting in sunlight and views of surrounding greenery. The treatment rooms are separate cabins, each with its own deck overlooking the canals. You'll also find a pool here, as well as a cenote (a freshwater pool in the limestone bedrock) and a café with its own light–fare menu, including the house refresher, a blend of nutritious green chaya leaves and lime juice. Eight spa suites have space for in–room massages and the like.

This spa has been showered with accolades, named the best in Latin America by the readers of Travel + Leisure multiple times. 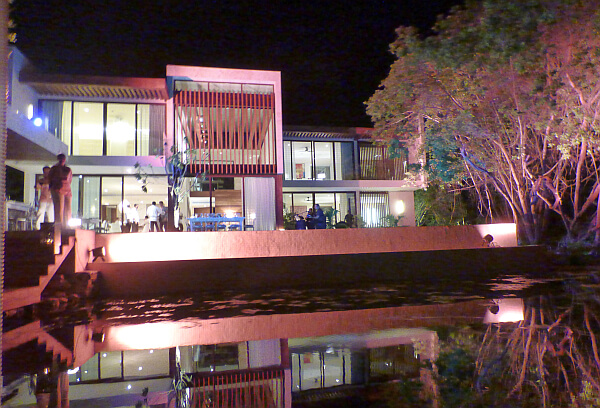 These suites are also the place to go if you prefer to avoid children, as the spa island is open only to guests 16 and over. The Riviera Maya has few other truly child–friendly properties with this level of style and service, so Rosewood Mayakoba, with its year–round acceptance of kids, is popular with discerning families. The resort even maintains a "Rose Buds" kids' club to keep young ones busy with crafts, nature trips and activities.

There is plenty of stiff competition on this stretch of coast: the Viceroy Riviera Maya, with its standalone, ultra–private suites. Or the adults-only Blue Diamond one resort over. Or the Banyan Tree with a Thai-style spa on the other side of the golf course. Rosewood Mayakoba consistently wins awards, gets repeat business, and generates plenty of word-of-mouth bookings though because of its exemplary service, excellent meals, and spacious suites.

Review by Zora O'Neill, updates and photos by Timothy Scott.