Casa de Sierra Nevada was the undisputed top hotel in town before it got competition from the Matilda and Rosewood openings, but with Belmond at the helm and continual improvements making it even better, this collection of revamped mansions and homes offers more colonial charm than its rivals, but with exemplary service to match. 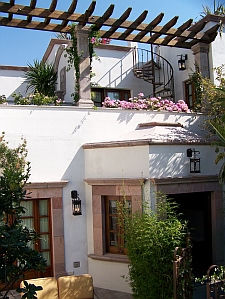 Casa de Sierra Nevada is the only Belmond hotel in Mexico besides Maroma on the Riviera Maya coast. Recently acquired by the Belmond company, it is a true showpiece, utilizing the resources and expertise of an international luxury chain, but keeping all of the essential personality that made the hotel such a treasure before.

This is not a hotel in the traditional sense. Instead it is a series of buildings with separate entrances making up most of one block on Hospicio, plus an annex on the far side of Juarez Park, about a ten–minute walk away. Two of the buildings also host a restaurant and bar, while the others only contain guest rooms and plant–filled courtyards.

The menu at the award-winning Andanza restaurant has overgone a few revamps over the years, but the most recent one was designed to make it more accessible to the city's burgeoning expat community and upper crust Mexicans who don't want to spend a fortune eating out. Some of the more daring—and expensive—dishes got the boot under the latest chef, who wants to make Andanza a regular habit, not a once–a–year special occasion. The menu makes the most of fresh local ingredients, sourced organically when possible, and features robust taste sensations balancing the best of Mexico with some international flair.

This restaurant and bar still retain the air of elegance appropriate in what was originally the home of the local archbishop. (The bar was his bedroom.) The wine cellar holds a good selection of bottles and the space is large enough for small Baja wine or Jalisco Tequila tastings. A new retractable roof means the courtyard space can now be used in any weather conditions. 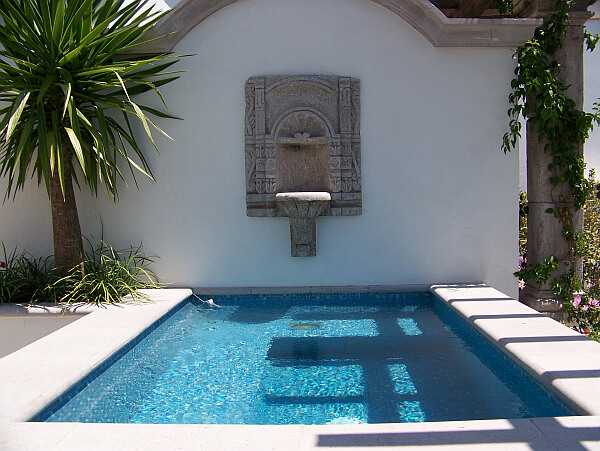 A separate Parque restaurant is about a five–minute walk away, on the other side of a leafy park, and just got a full renovation. It is especially popular for Sunday brunch and has regular live entertainment. Two blocks from Andanza is the hotel's own Sazon cooking school, with commissioned handmade pottery to buy for your own kitchen on the way out. The cooking school is helmed by the executive chef and programs can accommodate farm visits or multi–day sessions with special regional dishes.

Rooms are housed in five buildings, the latest being Casa Palma. Rooms are generally divided into categories of deluxe, junior suite, suite room, colonial suite, and presidential suite. As in most Belmond hotels, these designations aren't very helpful: even the largest suites are really one single room, with no division between living and sleeping areas. Complicating things is the fact that these are restored colonial homes, so room sizes and layouts vary greatly. In a few cases, the smaller deluxe room will actually appeal to some guests more than the junior suite one next door. 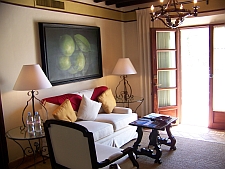 Regardless of classification, there isn't a bad room out of the 31, just varying shades of good. The common elements throughout include high quality furniture that's not standardized, plush mattresses and pillows, thick fluffy towels, light robes, and slippers. Most rooms have hardwood or tile floors, a gas or wood fireplace, and a tile bath with character to spare and Hermes toiletries. Closets with a range of hangers contain electronic safes. Most rooms come with h a hanging flat screen TV, and in the case of the top suites, two of them. 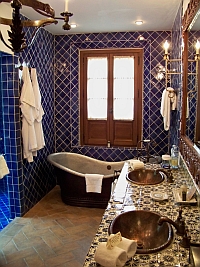 A few rooms are shower–only, so request one with a tub or book a suite category to get a bathtub; in some rooms this means a dramatic hammered metal one that's free–standing. Some that didn't have air conditioning before (rarely needed in this climate) are getting it now. Two buildings have iPod docks (Limon and Palma), but others will eventually. A few rooms have a terrace and the panoramas from suites 416, 445, and 446 are sublime, with views of the town's most famous steeple all lit up at night.

The rooms in Casa Limon surround the beautiful courtyard swimming pool and the Casa Palma rooms are the newest, with two suites having an outdoor shower. The two colonial suites in Limon have a large private plunge pool on the ample terrace and a large separate skylit tub in the bath in addition to a separate shower.

Everyone has access to the hotel's heated swimming pool in a quiet grassy courtyard, with cushioned chaises and drinks service adding to the allure. Wireless Internet service is available in most public areas but is spotty in the rooms. Two computers are available next to the library in this same building though on a complimentary basis. Laja Spa in a separate building is not large, but you'll feel like a pampered bishop in its colonial quarters taking advantage of the 20 or so treatments on offer. A separate temazcal (ritual steam bath) is in a courtyard near the park. 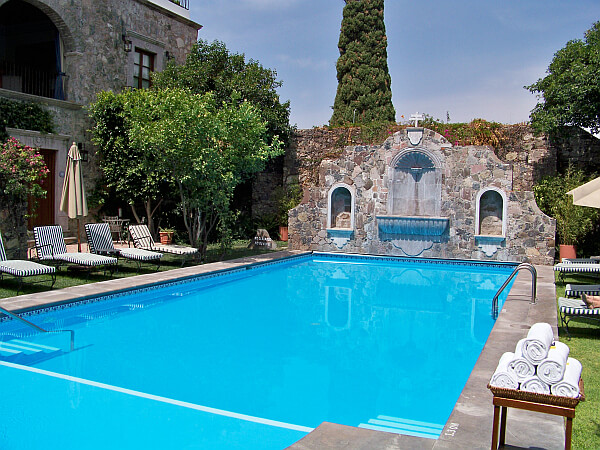 The polished and gracious staffers deliver attentive service with a smile and the bilingual abilities here run deep. Considering the age of the original buildings here and the difficulties inherent in running a series of separate buildings as one hotel, Casa de Sierra Nevada does an impressive job of meeting international luxury standards with plenty of flair.