The new St. Regis tower redefines the skyline of Mexico City. The hotel sets a new benchmark for luxury and service in Latin America’s most vibrant city. 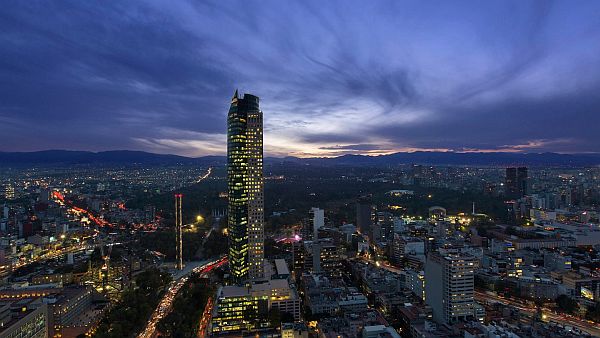 The first St. Regis Hotel, founded in New York City by John Jacob Astor, opened its doors to the public in 1904, offering “old world” European style and amenities to America. Since then the name has been synonymous with the highest levels of service and luxury. As part of a world wide expansion plan, a new St. Regis Hotel opened in Mexico City in the latter half of 2009.

Located on the Paseo de la Reforma, Mexico City’s main east-west boulevard, the new hotel tower faces the Glorieta de la Diana, a round-about graced by a fountain and a statue of Diana the Huntress—a beloved symbol of the city. The hotel is near Chapultepec Park, where many of the city’s best museums are located, and within walking distance of the Zona Rosa. Although the immediate area is not the city’s most beautiful (lots of dull office buildings), this new hotel makes a strong statement that’s bound to attract attention, and money, to this part of town. The 31-story tower was designed by renowned architect Cesar Pelli, best know for his iconic Petronas Towers in Malaysia. The St. Regis is not nearly so theatrical, projecting a more restrained, almost corporate, look. The street level entrance is so minimal you might wonder if you’re in the right place. But there are several doormen to greet you on arrival. For a more dramatic entrance, you might consider landing on the rooftop heliport—one of only two in the city. 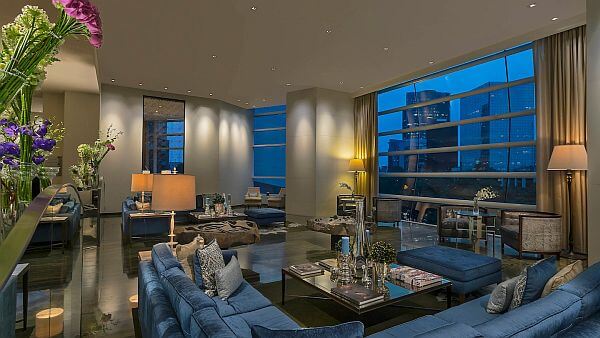 The real glamour begins on the 3rd floor lobby level, where the old world has been pushed aside—the design is pure 21st century. The interiors by the firm Yabu Pushelberg (who also did Mexico City’s new Las Alcobas Hotel) are an eclectic mix of styles that recall everything from lacy Arabic scrollwork, to 1950’s Miami beach retro, to intricate Florentine tapestry designs. Floor to ceiling glass walls take full advantage of the urban landscape outside. It’s elegant but casual, serious but fun.

The designers play masterfully with color. The lofty main lobby has an aquatic theme using multiple tones of pale blues and greens, with silver accessories adding a glint of light like sunlight on a wave. In contrast, the bar next door uses soothing deep forest greens and earthy dark browns, while the Restaurant Diana features rich red, rust and orange hues. Also on this level is a terrace with a striking view of the ample buttocks of the Diana statue below. It’s the perfect spot to sit and enjoy a St. Regis Bloody Mary (a drink the hotel claims was first served in their bar in New York)—here it’s made with Mexican mezcal instead of vodka.

Above the lobby to the 14th floor are 189 rooms (35 are suites). The spa and sports facilities are on the 15th and 16th floors, the remaining space is occupied by privately owned condominiums. 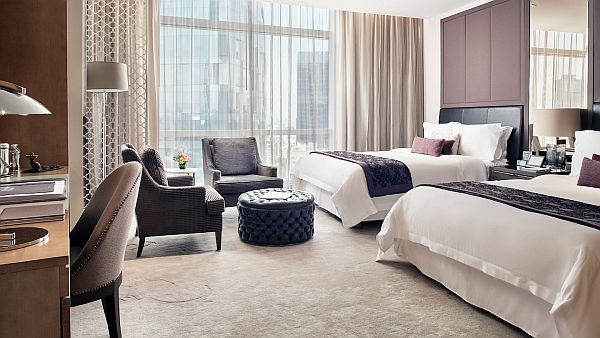 The standard rooms, here called “deluxe” –nothing is standard at these prices—are large and comfortably appointed. A huge wall of glass offers panoramic views of the metropolis below. There’s a king size bed (with Pratesi linens), an upholstered reading chair, an L–shaped sofa with glass top breakfast table, and a big desk with minibar. There are two televisions, an oversized flatscreen in the bedroom (with digital movie and sound system), and a small one imbedded in the bathroom mirror (so you can “multi-task” in the bathroom, the butler suggested), three telephones, and a huge closet with a private safe. The thick white terry cloth bathrobes weigh a ton! The high–speed Internet access is surprisingly not included in the price of the room—a rarity in this city even among 5–star hotels.

The entry and bathroom are marble floored, and feature a certain lack of privacy that seems to be a hallmark of contemporary interior design. The sink area is open to the entry hall, while the toilet, shower and tub areas are enclosed behind frosted glass doors. 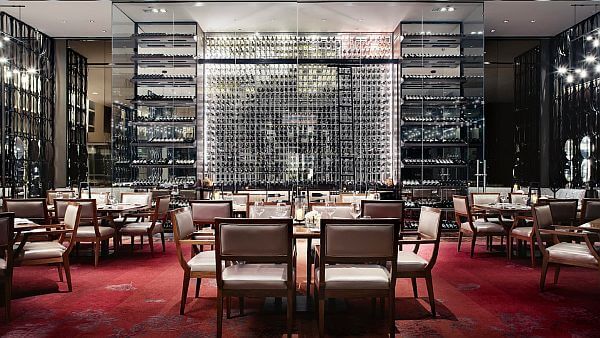 Reméde products are provided in generous quantities. When we called for toothpaste, it arrived within minutes of calling the butler, along with a new toothbrush and a bottle of mouthwash. Unlike in most of Mexico, you can drink the treated tap water here. 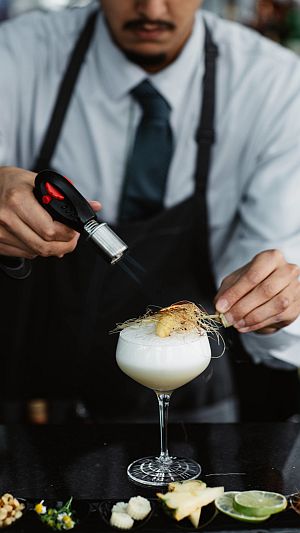 Multiple neutral tones, highlighted by a few touches of green and violet, create a hushed, inviting space. Original artwork graces the walls throughout the hotel, much of it by Mexican artists whose work can be found in the city’s best museums and galleries.

The St. Regis is a prime venue for posh weddings and corporate meetings. It features more than 12,000 feet of meeting rooms, but unless you’re invited, you won’t hear a peep as they’re separated from the rest of the hotel.

The spacious and airy spa and gym feature state of the art Technogym equipment from Italy. You can indulge in a champagne pedicure, a steam bath or a private yoga class. There’s a small swimming pool and a children’s club with professional supervision for kids 5 and older. All these areas have spectacular views of the city.

The hotel prides itself on its butler service—each floor has its own butler, who can be summoned at any time of day or night.

The St. Regis is New York has hosted many big names: Marlene Dietrich, Salvador Dalí, John Lennon & Yoko Ono all slept there. Mexico City’s St. Regis has already attracted some stars of its own, including Plácido Domingo, Gloria Estefan, and heartthrob flamenco dancer Joaquín Cortés, as well as high level politicians visiting the nearby U.S. embassy. 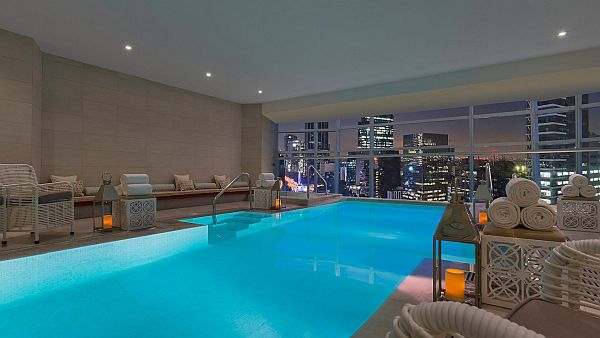 The closest competition to the St. Regis is the Four Seasons just down the block and Las Alcobas Hotel in nearby Polanco, but it’s plusher than either of them. The Four Seasons will appeal to those who want more old world ambience, Las Alcobas for those looking for a more intimate hotel (or a Jacuzzi in their bathroom). Everybody else will be happy at the St. Regis.