Tequila Gets Ready for Its Close-up in Jalisco, Mexico

There is no longer much of an argument about whether tequila is a quality spirit and it has earned its spot on the top shelf of bars and liquor cabinets. What's new is that the countryside where blue agave is grown and distilled is now on its way to becoming a full–fledged travel destination. Come along for a taste of the spirit and its home. 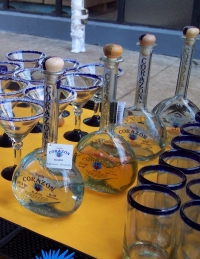 In the Mexican countryside of Jalisco, tequila is still strongly tied to the people, the past, and the soil. The fruit of the blue agave — a distant cousin of henequin and aloe vera — is still harvested by hardy jimadors with a sharp blade on a long handle. The sliced up fruit is then roasted in giant ovens before the fermented juice becomes tequila. In some spots the spiky blue plant seems to cover every hillside, even poking out from narrow spaces beside country roads.

The tequila region has never been much of a tourist draw though. Puerto Vallarta pulls in throngs on the other side of the mountains and plenty of retirees have settled around Lake Chapala, but the agave countryside outside Guadalajara kept to itself. This is all about to change.

In mid–2006, UNESCO declared the "Agave Landscape and Ancient Industrial Facilities of Tequila" a World Heritage site. This is an important recognition of the region's unique physical and cultural identity. It is also an addition that increases Mexico's lead as the destination with the most World Heritage sites in the Americas. 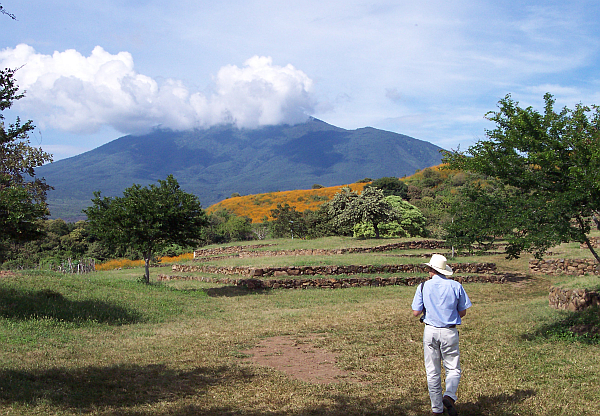 A lot of financial commitments immediately followed and a "Tequila Trail" is in the works, with the aim of developing a destination on par with the highlands of Scotland, the Cognac region of France, or the Bourbon Trail of Kentucky. Over $5 million is going into projects aimed at making the area more tourism–friendly.

Eventually the circuit will highlight both the natural and cultural attractions of the region, including the recently discovered Guachimontones ruins, the traditional charros horsemen and the the birthplace of mariachi music.

Tequila producers have come a long way in terms of improving both the quality and the reputation of their traditional spirit. Most who take the time to sip and savor the good stuff come away with a newfound appreciation. While the industrial nastiness dumped into the margarita machine at your local Mexican chain restaurant is certainly not worth drinking neat, high–end 100 percent blue agave tequila is a different story.

There are two main classes of tequila, then several divisions of aging within those. In the range of $10 to $60 a bottle at retail you generally get what you pay for. Avoid the cheap "mixto" tequila at the bottom of that scale, which is only required to have 51 percent of its alcohol made from agave. Most of the popular brands you see in a typical bar and at the front of the liquor store are this type, usually with a clear or unnaturally gold color. (The latter is achieved from additives, not from aging.)

The first step is to look for is tequila marked "100 percent blue agave." This is an assurance of quality and you know that none of the alcohol comes from other sources. Purified water is always added to bring the alcohol level down to 38 or 40 percent though, as with most spirits. There are three main choices: blanco, reposado, and anejo. 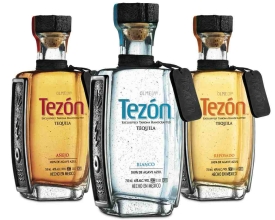 Blanco - not aged. This is tequila in its pure form, straight out of distillation. With a pronounced agave taste, most novices won't generally drink blanco tequila neat by choice. This is the best option for many cocktails, however.

Reposado — aged at least two months in oak barrels. Smooth enough to be sipped on its own, but also good in cocktails, reposado is the middle ground tequila and the favorite style in Mexico, usually accompanied by a separate glass of a spicy tomato and orange juice mixture called sangrita. It usually picks up hints of vanilla, caramel, or cinnamon from the oak barrels, but the agave is still in command.

Añejo — aged at least one year in oak barrels. If you want to immediately change someone's skepticisms about whether tequila is really a world–class spirit, give them a taste of good añejo in a snifter. The most expensive bottles of premium tequila are in this category and the longer oak aging creates a complex taste sensation worthy of comparison with fine cognac, Scotch, or bourbon.

Recently an "extra añejo" designation was added, for aging of at least three years, but it is not widely used yet. Some makers scoff at the whole idea, since much of the agave character gets buried by such prolonged oak exposure.

Whiffs of Agave at the Source

Tequila making is still a refreshingly fragmented business. While some of the biggest names in Jalisco are at least part-owned by big multi-national spirits companies, even these have a home-spun, "hands off" quality to them. Others are family affairs, with brothers becoming experts in different parts of the process. Don't be surprised to find the tour guide slicing up pieces of cooked agave for you to taste is one of the owners. 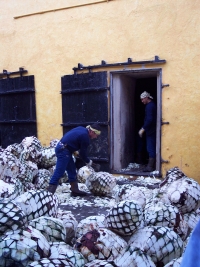 Touring six distilleries in Jalisco, I found that while some of the processes are standard, others vary widely from company to company. Some age their tequila in used bourbon barrels, others in new American or French oak barrels. Most distill the alcohol twice, though some high–end brands—such as Tezon and Corzo—use a costlier triple distillation process. Sauza uses a super–efficient, high–tech process that helps it squeeze every last drop out of the big agave fruits. Others painstakingly remove the less desirable parts of the piñas, slow roast them for days, and then extract the juice using a tahona—a giant lava stone wheel.

Does the specific approach make a difference? To find out, you'll have to try a lot of tequila in the name of research. Distilleries open to the public are happy to show visitors around, explain their approach, and pour samples for tasting. No "dry county" silliness here like you find in bourbon country. Some facilities are open for popping in anytime, such as Jose Cuervo's well–oiled operation in the actual town of Tequila, and the more casual Cazadores distillery in Los Altos (The Heights). Many others require an appointment. There are currently 119 producers, however, so there are plenty of choices around and all but 11 of them are "craft distillers" classified as micro, small, or medium producers. Most are enthusiastic about what they are producing and are eager to spread the word.

Wherever you spend the night, you7apos;ll find plenty of new brands to sample there as well. Bars and restaurants in tequila country take pride in their selections and if you speak some Spanish you'll get some extra education at every turn.

If you want to start your tequila appreciation in advance, get some friends together for a communal tasting or find a bar or restaurant with a good selection. Most sizable Mexican towns will have at least one bar with dozens of tequila brands and the frequency of them is growing in American cities as well. Ironically, the U.S. now consumes more tequila than Mexico does. 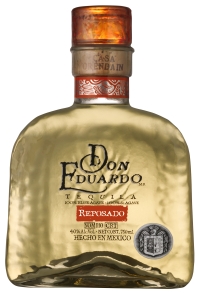 The quality brands you are most likely to find at your local bar or Mexican restaurant include Don Julio, Don Eduardo, Patron, Tres Generaciones, and Corazon. Some "super premium" brands go for over $100 a bottle in stores, but this is often as much about hand–blown glass, wooden boxes, and marketing as it is about what's inside: many of the the most painstakingly prepared craft tequilas retail for $35 to $70. Do your own experimentation and see for yourself as there are certainly exceptions. If you see an opportunity to try a high–end añejo such as Cuervo's Reserva de Familia, then jump on it.

Whatever you choose, you'll find a surprisingly high level of quality all around. This wasn't always so, but tequila is now protected as a Mexican Appellation of Origin, in the same manner as Champagne or Cognac. With that designation has come strict quality control and regulation. You can't just grow some agave plants on a farm, distill the juice, and call it tequila–unless you happen to live in the right region of Mexico and get regular visits from one of the Tequila Regulatory Council's 120 inspectors.

For now, touring Tequila country is a highly unorganized affair, apart from the Tequila Express train that goes from Guadalajara to the Herradura distillery. The best contact is the Andares Agency in Guadalajara; they can set up distillery tours for individuals or groups. 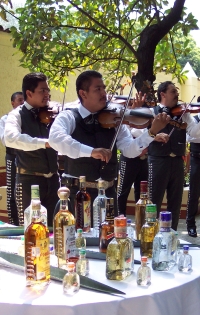 The other option is to make use of your hotel concierge to set up appointments and hire a driver who knows the area. If you want to tour both the Tequila town region and the Los Altos region, you will need at least two days: they are on opposite sides of the city.

The top lodging choices in the region are both reviewed in detail in Luxury Latin America: Hotel Quinta Real and Villa Ganz. There is also an attractive small inn called Casa de Las Flores in the craft shopping suburb of Tlaquepaque, a pretty area with the well–regarded Casa Fuerte restaurant, which is worth a stop regardless. A few small and simple inns dot the countryside, with a luxury hotel on the slopes of the Tequila volcano still a few years away.

Touring the distilleries should be done with someone else behind the wheel. Besides the unmarked roads–often ending in gravel or dirt upon approach to the destination–distillers like to offer visitors a sample of blanco, reposado, and añejo. Add a paloma or margarita cocktail with lunch or dinner for good measure and the result can raise the spirits, but dampen the motor skills. Be safe and enjoy.

Story by Tim Leffel, photos by Tim Leffel except Tezón and Don Eduardo bottles, courtesy of their distributors.