The Luxury Triangle of Nicaragua

For many years Nicaragua has attracted surfers, expatriates, and adventure seekers, but pickings have been slim for luxury travelers. Several new resort and boutique hotel openings have changed the game, however, taking advantage of the country's great tourist offerings. 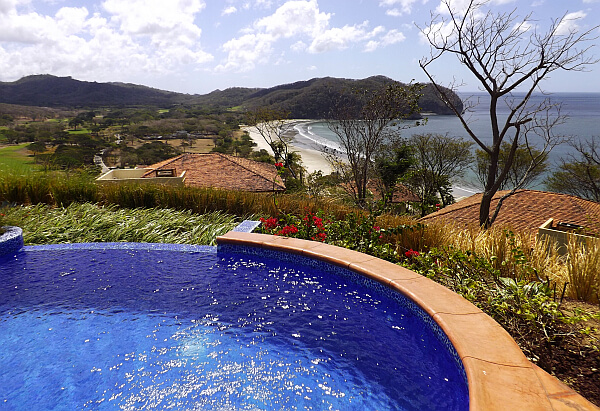 A spa treatment is seldom high on my list while on vacation, but I had heard the one at Mukul Resort was really something special. Since my spa-loving companion would be tossing me off one of the nearby cliffs if we didn't experience it, we booked one of the cabanas and let the well-trained staffers do their thing. For three hours.

The six experience areas are self-contained villas, each one with its own changing area, showers, and spacious treatment rooms with natural light. I lost track of the order but somewhere in the couples' experience was a lava mud treatment and a bath in water with slices of grapefruit after a shared shower., There was an herbal rub and a deep tissue massage. Along the way ladies appeared with flavored waters and fruit juices to drink, plus little bowls of snacks. In between we spent time outdoors in our own relaxation area, with its own heated pool and a view of the Pacific Ocean. Nicaragua has come a long way since the war-torn days of Ronald Reagan. 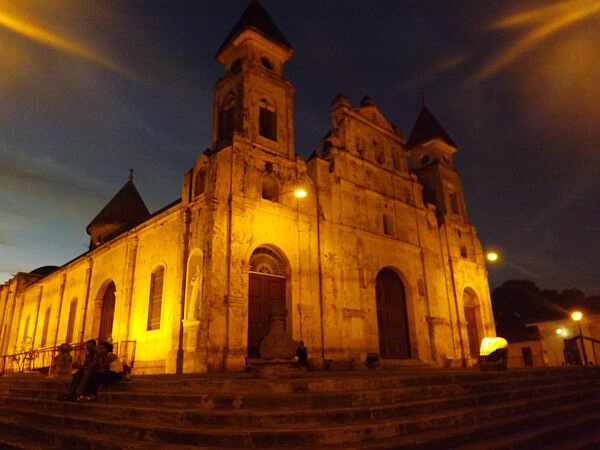 Even as recently as last decade, if you wanted to travel in Nicaragua in a high-end fashion, it wouldn't take long to map out an itinerary. There were only a few places to stay that went beyond "decent." There were a couple business hotels in the capital, a couple nice B&Bs in Granada, and one upscale beach resort near San Juan del Sur. As the country's fortunes continued to improve, however, and economic stability started attracting investments, both supply and demand grew to a point of connection.

One of the great draws of the luxury triangle of Nicaragua is that no place you'll want to stay is all that far from the international airport in Managua. Granada and San Juan del Sure are both two hours or less by car, while the domestic flight to the Corn Islands is a shade more than an hour. Unless your flight is arriving late or leaving very early, you can skip the big city altogether. 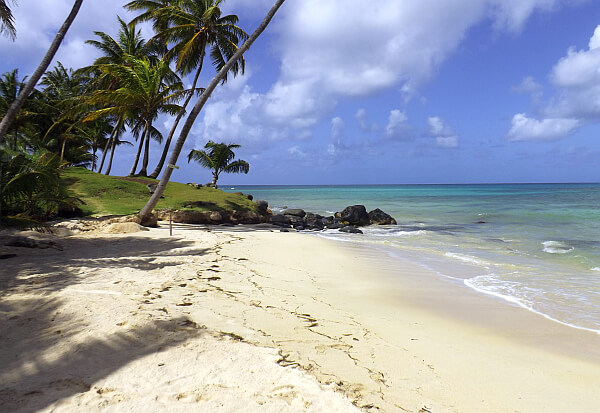 A Quick Flight to the Corn Islands

I brought my wife along to see the best of the best in Nicaragua and we started out by flying to Big Corn Island on the Caribbean side, 70 kilometers off the coast. It previously required a willingness to rough it for a while to stay here, especially on Little Corn Island where there are no roads or vehicles and the infrastructure is limited. These low-key beach paradise islands were known as a place to unplug, unwind, and forget your cares. The biggest decision would be whether to eat grilled lobster or grilled fish with your dollar beers. All that changed with the opening of Yemaya, which held onto the unwinding aspect but brought in a much higher level of comfort and cuisine. 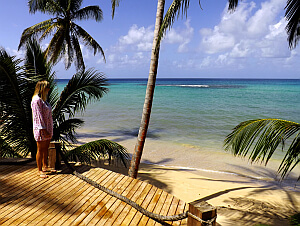 Yemaya Resort focuses on relaxation and healthy living. The tropical island views are enough to bring down your blood pressure, but they attend to your well-being from every angle. You can take advantage of daily yoga classes, exotic smoothies, and healthy food. As many items as possible are sourced from Nicaragua and there's an organic garden on site. If you want to just kick back with a coffee or a glass of wine you can do that too, watching the aquamarine water lapping the serene beach.

We split our time between here and Arenas Beach Resort on Big Corn Island. The latter is understaffed and far from luxurious, but for now anyway it's the option with the best facilities. In a lounge chair on the wide beach watching the waves lap the shore, we could feel the stress melting away.

A representative from Solturs SA picked us up at the domestic terminal in Managua and we went straight to Granada, long the crown jewel of Nicaragua tourism. Most of the architecture doesn't go back as far as other Spanish colonial cities of the 1500s. That's because American invader William Walker—who tried with a band of mercenaries to become kind of Central America–invaded Granada in 1856. His general Charles Henningsen burned down everything he could set fire to. Only what was made of stone survived. In a way this had led to a consistent look, however, that's hard to find elsewhere in places that grew over centuries. 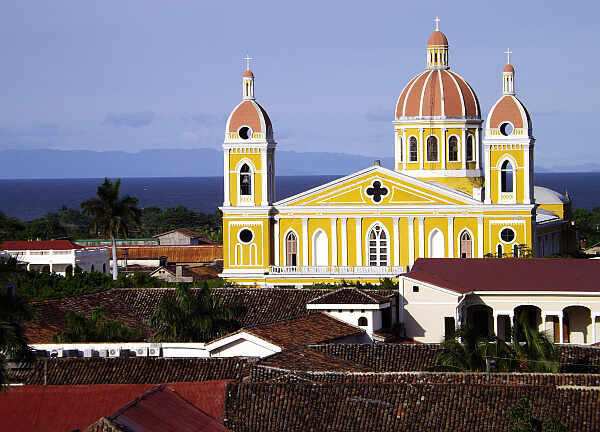 With much of the architecture from the same period in the 1800s, Granada feels coherent and planned. It's clean and well-kept, but without feeling artificial like some historic cities where expatriates are a huge percentage of the population. We find something interesting to see in almost every direction as we wander taking it all in. Horse carriages clip-clop past colorful homes with red tile roofs and the imposing volcano Mombacho looms over the city. The main square here is one of the few in Latin America where you can sit in the park itself and order a drink or a meal under the trees.

We took a city tour by horse carriage, seeing the blocks at a leisurely pace. In front of Xalteva Church we saw a different kind of carriage: a black one hung with garlands, awaiting a coffin to go inside. For this funeral procession there were black nets draped over the horses. With their heads hung down, they looked like they were in mourning as well.