The oft-sexy French chain Le Méridien Hotels & Resorts has opened its doors for the first time in Central America, having launched in a country replete with rainforests, US retirees, and secret bank accounts. Le Méridien Panama is for now — in a city with madcap cranes and oozing cement trucks – the capital’s top full–service business and luxury retreat. 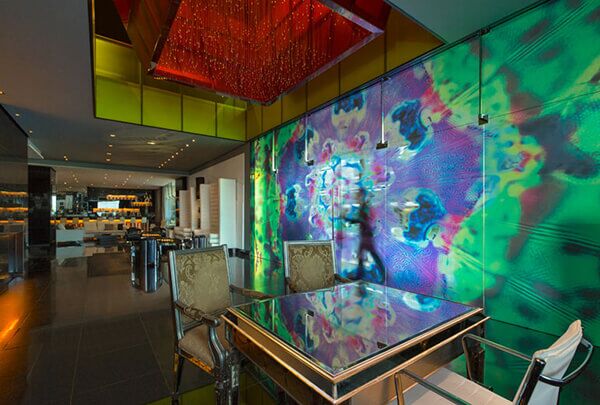 The good news for frequent travelers and points junkies is that this Panama City property is managed by Starwood Hotels and Resorts. Upgrade benefits may include a room in one of its 39 suites, many of which face the Bay of Panama. Regardless of room size, be sure to request a view of the sea, where bobbing super–yachts and Panamax tankers await their turn in the locks. 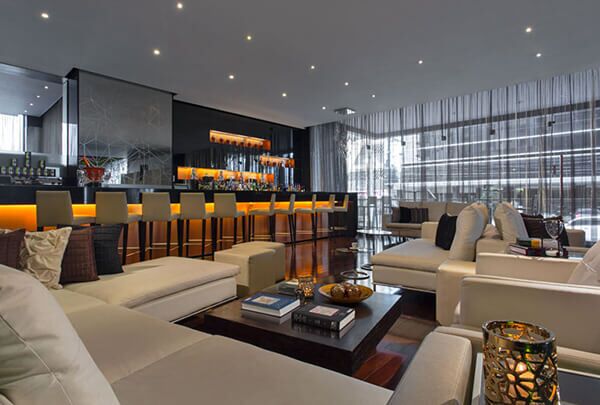 If Club Lounge access is a perk of your program, it’s worth several visits for the complimentary top–shelf liquor, breakfast, snacks and CNN. If not, skip the outrageous day rate (price varies according to whomever is at the door), grab a cocktail from the lobby bar and luxuriate in Pacific breezes on the 6th floor balcony, the hotel’s most romantic spot. Overlooking the ocean, the Pan American Highway and the neon–lit high–rises, you may have this wraparound view to yourself at night. There’s a pool on this balcony as well, but it seems an afterthought tucked away in the shade of a skyscraper where the Le Meridien occupies its first floors. 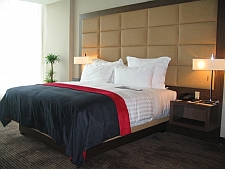 The hotel’s beds are draped in reds and blacks. Pillowtop mattresses are covered with finely issued sheets. Clarins, which also lends its name to the hotel spa, provides the in–room bath supplies. The shower and toilet are visible from the bedroom, making this hotel impractical for anyone but solo travelers or couples with few privacy needs. (The front desk suggested that a curtain could be tacked up on request, but it seems an inelegant solution to a major design flaw.)

I’ve saved Le Meridien’s main entrance for last, though it will be your premier impression. 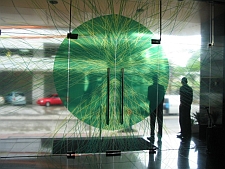 First, the doormen are superb: genial and without attitude. Though the concierge staff is generally excellent, the doormen know their street best. Calle Uruguay, which shares an address with the hotel, is a walkway with the of the city’s top galleries, restaurants and clubs. A step outside the hotel lobby puts you in the middle of the action. For something less Miami and more Havana, a $7 cab ride down Balboa Avenue will drop you in Casco Viejo, the historic old city.

Inside the lobby, travelers and locals lounge on oversized chairs and couches or sip cocktails at the lavish bar under an inverted pyramid of crystals and lights. Though all in one large space, a tall, glowing communal table demarcates the bar from the formal restaurant, Latitudes.

The breakfast menu is designed, in part, by three–star Michelin chef Jean–Georges Vongerichten, and is the better meal here. Latitude’s dinner and lunch are fine, though not memorable.

A further wander through the lobby reveals a five–story atrium with rectangles of green, orange, and yellow glass. The mood–lit elevators sometimes purr with rainforest sounds.

For business, a center is open daily except Sunday. Wi–Fi is available (for a fee) in rooms and in the lobby. A small fitness room is unlocked, seemingly, around the clock.

For business travelers and those who like being surrounded by bold design elements, this latest entry to a city starved for upscale hotels should be at the top of the list.