The latest property from an expanding Peruvian luxury chain comes amid a flood of boutique hotels in restored colonial era buildings in Cuzco’s UNESCO world heritage center. Museum quality décor and a better value than many similar hotels allow it to stand out. 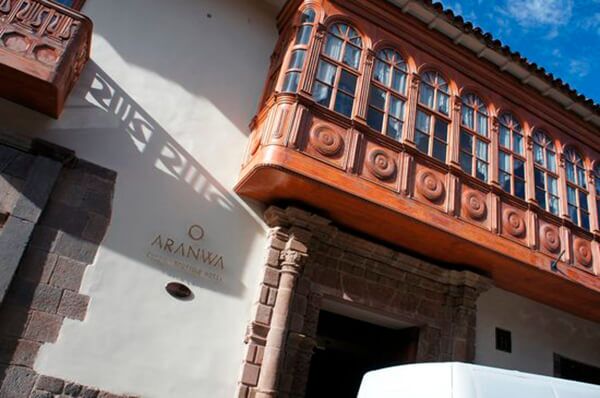 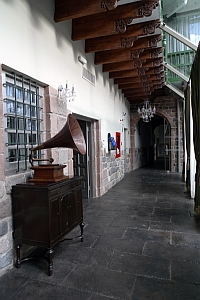 Aranwa’s Cusco Boutique hotel, which opened in 2010, is a restored colonial building with colonial era décor and modern amenities and comforts. Basically it is a watered-down version of Inkaterra’s La Casona or the Monasterio, though it has a lower price - almost half of those hotels — to go with it. Five years ago this hotel would have been raved about in every travel magazine like their much more original hotel in the Sacred Valley was. Since so many other great hotels have opened in Peru’s tourist center, however, it has barely been mentioned.

Does that mean you shouldn’t stay there? No. It’s actually a great hotel, it just isn’t anything especially new. The 16th century building was once home to the first parish in the city and winds around several stone courtyards. It is intersected by hallways (more stone), lined with antiques and Cuzqueña school paintings that wouldn’t be out of place in a medieval castle. 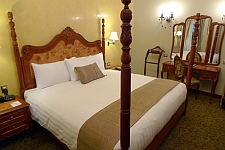 There are five levels of rooms, which differ mostly by the amount of space and bathroom amenities. Some rooms in the corners lack natural light and nearly all rooms face the inner hallways. Each room is treated with oxygen, something already included in the price (note that several other competing hotels charge extra for this treatment). All rooms feature LCD TVs, safes, and a vanity/desk. Deluxe rooms are slightly bigger and add a minibar topped with a coffeemaker. The three suites add a separate living room, higher ceilings, and a small balcony (another junior suite lacks a balcony). 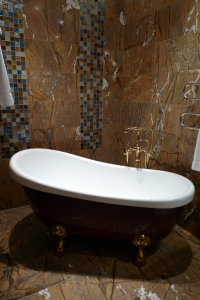 The high point of each room is the bathroom, with heated floors and spa quality Scottish showers with a variety of jets from different angles. All but the classic rooms include a soaking tub too. These are some of the best bathrooms at any hotel in all of Cusco.

A spa under construction in the hotel that will offer many of the same treatments as Aranwa’s hotel in the Sacred Valley, which are excellent. The Mishti Mestizo restaurant faces the courtyard and serves a long list of well–chosen Novo Andina dishes and a variety of more standard international ones. A small bar, Khasikay, sits off the entrance and looks out onto the street. The hotel also features free Wi–Fi throughout the hotel, plus there is a business center.

While Aranwa’s Cusco property isn’t going to outdo the Monasterio or several other top hotels in Cusco’s historic center, it’s still a fine hotel that provides a combination of Cusco’s colonial environment and an element of luxury only seen near the city’s top level of rates. The price is good, the bathrooms are great, the hotel doesn’t sit on a steep hill, and there’s free oxygen pumping into every room.

Text and photos by Nicholas Gill.