In a prime spot between Chivay and the Condor lookout in the Colca Canyon, this surprisingly plush collection of small villas is a destination hotel that's well worth the journey from Arequipa. 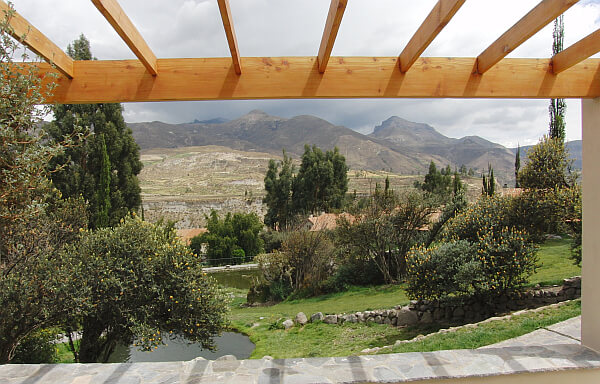 Originally run by the Belmond group as an Orient Express lodge, then not, then back again, this has remained the best hotel in the Colca Canyon throughout the changes. Originally the Parador del Colca Hotel was a small seven–room lodge with a panoramic view, surrounded by lots of land. It wasn't hard to see the potential. It opened as Casitas del Colca in mid–2008, with the original lodge rooms becoming public areas. Joining this main building are 20 individual casitas scattered around the grounds, plus a spa and swimming pool. Belmond has since re-purchased the Casitas and they are better than ever.

Now that all the landscaping has matured, it all looks like it's been this way for years. This is partly because of skillful work by the architect, using local mud brick construction and clay tile roofs, working around the existing trees, and keeping the general terracing of the land intact. Instead of sticking out like a luxury hotel version of a sore thumb, Casitas del Colca blends in beautifully.

The casitas are scattered among meandering paths, trout pools, and greenery, including gardens that supply the kitchen with vegetables and herbs. The variety of plants that supply the kitchen is impressive: lettuce, tomatoes, cauliflower, onions, artichokes, passion fruit, mint, and sage for a start. Kitchen scraps and landscape cuttings go into compost piles to complete the loop. 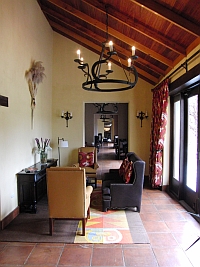 Your rates include all meals, which makes sense in this remote area with little else around. The calories can add up though — especially when the only lunch option is a four–course set meal with dessert. Fortunately it's all fresh and inventive and veggies from the garden play into each meal. A few showy international options, like fois gras and ostrich carpaccio, are thankfully joined by a range of Peruvian dishes: solterita salad with Andean cheese and local beans, seared alpaca loin, quinoa pasta, and the obligatory guinea pig (cuy). There is an ample wine list with an emphasis on South American vintages plus a full bar.

The 19 regular "rooms" here are really miniature houses; as long as you didn't want to cook you could live in one full–time. The 860–square–foot (80–square–meter) units have a large beamed–ceiling bedroom suite and a huge bath with open tub, shower, walled–off outdoor shower in a garden area, separate WC, and double vanity. These two rooms are connected by a dressing area with ample closet space, several kinds of hangers, and plenty of drawers. An outdoor patio adds chairs, a table, and a lounge chair, plus a private whirlpool tub for soaking while stargazing. 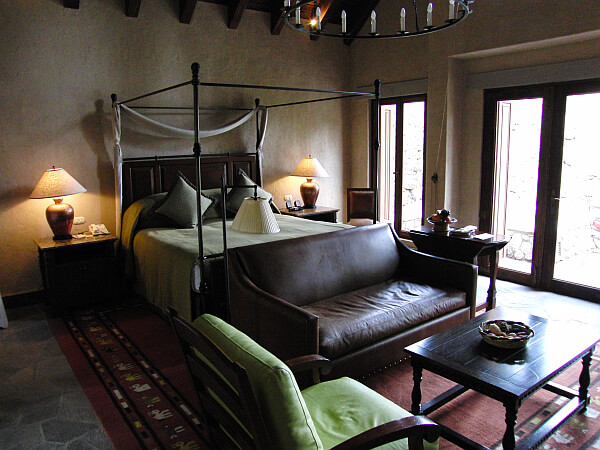 Cozy and comfortable, the casitas have heavy beams overhead an impressive chandelier, and posted king beds. A sitting area at the end of the bed has a sofa and two chairs accented by local textiles, while a small desk in the corner makes use of the complimentary wireless Internet access. There are no TVs in any of the units in order to preserve the tranquility, but there is an iPod dock that doubles as the alarm clock and you can watch the flames dance away in the wood fireplace. The detailing and craftsmanship throughout is perhaps the best in Peru, including heavy wooden doors, wood shutters, and forged metal latches to keep it all together. 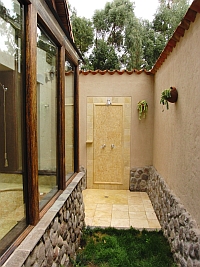 A minibar, robes, slippers, and hot water pot with tea assortment keep things comfortable, while the electronic safe is big enough for a laptop. Baths are decked out in travertine marble and tile in the style of many other Orient–Express hotels, but here the toiletries are served up in painted clay pots produced in Peru. The heated tile floors make the bathrooms especially cozy. At turndown, a team of three maids fire up the electric tea kettle, light the candles, close the shutters, put a hot water bottle made to look like a sheep in the bed, and leave a tray of chocolates.

The 20th unit is a presidential suite, featuring a full separate living room and a large dining table. This one also comes with butler service, a wet bar, and a huge terrace with a full valley view, and a hot tub for six.

The spa is named Samay, which is &rest& in Quechua. You can pick from a menu of varying treatments and enjoy them in a room for one or two. One of the couples'rooms has a hot tub as well and the relaxation room leads out to a heated swimming pool open to all.

The bilingual staffers at this Belmond Colca Canyon hotel are extremely helpful and attentive and are constantly looking to ensure your stay is going well. When I suffered a bout of altitude sickness, one especially attentive staffer came through with a range of remedies and a head massage. They serve up an array of planned activities each day, from fishing to cooking classes.

This is as close as you're going to get to a 5-star hotel in the Colca Valley. Belmond Las Casitas in the Colca Canyon is definitely worth a few days' detour from Arequipa and is one of the finest small hotels in South America outside the big cities and tourist draws.