Peru's capital has become one of Latin America's premier destinations for eating well. With a local tour company, we experience the culinary and gastronomic high points of the foodie capital of South America. 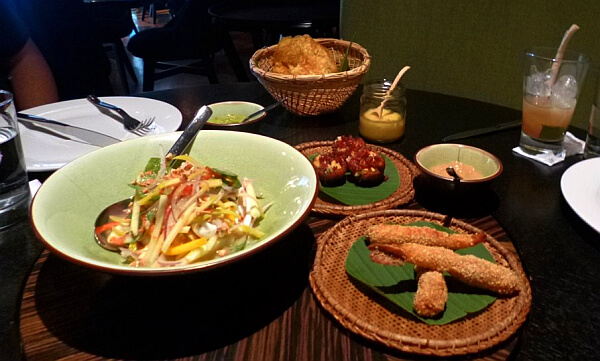 It never ceases to amaze me how so many tourists give such short shrift to one of the oldest and most majestic cities of the New World. Lima, founded in 1535 and nicknamed City of the Viceroys, was one of the most important outposts of the Spanish Colonial empire — a fact reflected in the architecture of its historic central district, already a UNESCO World Heritage site for a quarter of a century.

More recently, Lima has garnered another claim to fame, and an additional appellation: the Gastronomic Capital of South America. It is to be hoped that this newer drawing card will propel Lima from relegation as the international gateway to Machu Picchu to its deserved place as a leading tourism destination in its own right.

In order to capitalize on this latest resource, a number of tour operators have begun offering culinary tours of Lima. To the best of my knowledge, however, only one gives equal attention to both the culinary and gastronomic aspects of the city's cuisine; and the distinction between the two is worth savoring.

Lima Mentor is a relative newcomer to the tour operator scene as an independent entity, although owner/manager Cynthia Caceres has many years of experience working for one of the most upscale incoming tourism operators in the country. And while the company's Culinary/Gastronomy Tour is still in its infancy, the establishments featured are all venerable fixtures of fine dining in this cosmopolitan city of nine million.

Lima's cuisine draws from four major culinary traditions — three that have brought the city to the forefront of global gastronomy, and one emerging aspect is destined to keep it there. Two of the three cornerstones are Spanish and Andean (with a heavy dose of Asian influence). The latest is Amazonian, which is yielding a treasure trove of new tastes, as Lima's chefs discover the exotic fruits and fish of Peru's Amazon Basin.

To capture the various elements combining to create Lima's gastronomic culture, Lima Mentor has devised a modular program that is customized to each party of tourists. The basic modules are either culinary or gastronomic in nature — the former providing a deeper exploration into the ingredients and workings of the cuisine, while the latter is where one sits back and indulges in the sheer pleasure of what Lima's best chefs create.

Some of the culinary workshops are designed to provide a hands–on experience, especially for those who might want to re–create Peruvian dishes back home. Yet all of them can be enjoyed as a one–time adventure, regardless of any future attempts to duplicate. 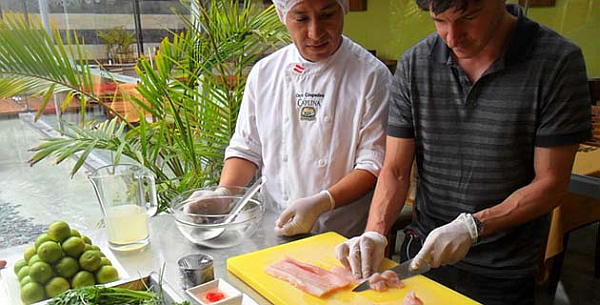 A prime example of the first category is the ceviche workshop, dedicated to that beloved dish of Peru's coastal regions. Ceviche consists of pieces of raw fresh fish or seafood, marinated in the juices of the native lemon — perhaps more akin to what North Americans would call a lime. The citric acid of the liquid "cooks" the flesh, but just barely, such that the full flavor of the fish comes through; subtle differences from one recipe to another come from the addition of just a few other ingredients, such as cilantro and hot pepper.

In fact, there is a choice of ceviche workshops, tailored to time and interest. (1) combined with a visit to the fish market, where the morning's fresh catch is displayed on the beach and explained, followed by a serving of a mound of battered and fried seafood (ceviche is also available); (2) the works: cutting, chopping, squeezing and making your own ceviche; (3) a demonstration and tasting of Kapallaq's award-winning northern and central coastal variations. It's washed down by the best chicha morada (purple corn drink) in Lima.

Speaking of refreshing drinks, the liquid equivalent of ceviche as emblematic of Peru is pisco, a versatile white spirit distilled from grapes. Tourists quickly learn that the most common way it is served is in the form of a pisco sour. In other words, pisco sour, the invention of an expat American, is the equivalent of a margarita in Mexico, or a mojito in Puerto Rico or Cuba. 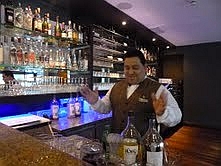 Mixology of a different, and more unusual kind, is the specialty of La Emolienteria, a place that truly earns the sobriquet "unique." Emoliente is the traditional Peruvian health tonic: a brew of toasted barley that has absorbed the healing properties of a blend of herbs from the country's highlands and rainforests. The twist that La Emolienteria has introduced to appeal to a wider audience is emolliente cocktails: a way of getting your daily dose of what's good for you with the kick of pisco, or better yet, pisco macerado. Workshop attendees learn about the ingredients and sample the potion, with the option of moving on to an alcoholic version, accompanied by hearty Limeno tapas.