After partnering with Starwood Hotels & Resorts and carrying out extensive renovations to the tune of US$15 million, the upscale Peruvian hotel brand Libertador reopened this stately mansion, just blocks away from Cusco's central plaza, in August 2013. While preserving the property's history remains a priority, the new Palacio del Inka features updated technology and design, glamorous in–room details, and an artistic aesthetic that's deeply tied to the place. 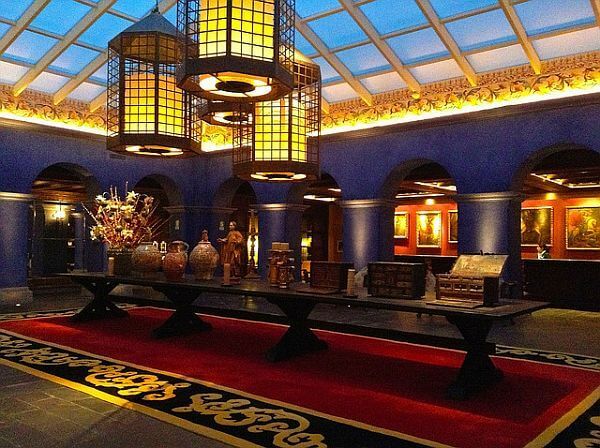 Stepping through the entryway of the grand Palacio del Inka, you might find yourself instinctively scanning the lobby for a ticket window or an information desk. That's because — thanks to the soaring Spanish colonial architecture, old stone walls, gilded artworks, a central display of hand–painted antique cabinets, and, of course, the location across the street from the Sun Temple in the historic heart of Cusco — entering the lobby of this elegant hotel feels just like standing inside a museum.

The impulse to purchase an admission ticket or sign up for a docent–led tour is understandable. This is, after all, one of the more historically significant buildings in all of Cusco — and that's really saying something in a city with a long, colorful history encompassing Inca civilization and Spanish conquest. The 16th century palace, built for the Spanish conquistador Pizarro, was constructed on the ruins of an Inca temple. Today, the building not only contains the balcony from which Pizarro addressed the crowd in the street below (accessible to the lucky guests staying in the gorgeous Inti suite), but also a sections of original Inca walls, one that runs along the side of a plush ground–level sitting area that's open to all guests.

It's not just the effort to preserve the past, however, that makes the updated Palacio del Inka so special. It's the way the designers have taken inspiration from the rich heritage, both of the building specifically and of the region of Peru in general, to create an atmosphere that's both romantically old–world and refreshingly contemporary. This, in short, is the difference between the pre–renovated hotel and the post–renovated hotel. 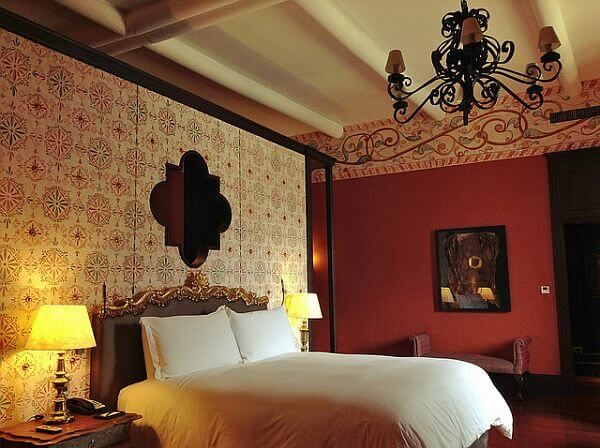 Out are the generic–issue luxury hotel furnishings and conservative color palette, in are a gloriously unique range of decorative details. Check out the exquisitely hand–painted ceilings and walls: they're the product of countless hours of work by local artisans. Note the lavish gold–leaf bed frames and columns rising up over the Luxury Collection signature beds, and the motif of the Inca cross, and the bedside tables modeled on a much larger antique table (on display in a ground–level hallway) original to the property. The look is glamorous but fresh, even whimsical — probably unlike any other hotel interior you?ve seen.

The rambling property encompasses several buildings, with the most charming suites in the older quarter, built around a beautiful central courtyard. With so many staircases, hallways, nooks and corners, there's a certain quaint magic to the place, despite its size — even if you're staying in a standard ("superior room" here), you might still have a view over an adorably tiny courtyard or the terracota tile rooftops of the city. 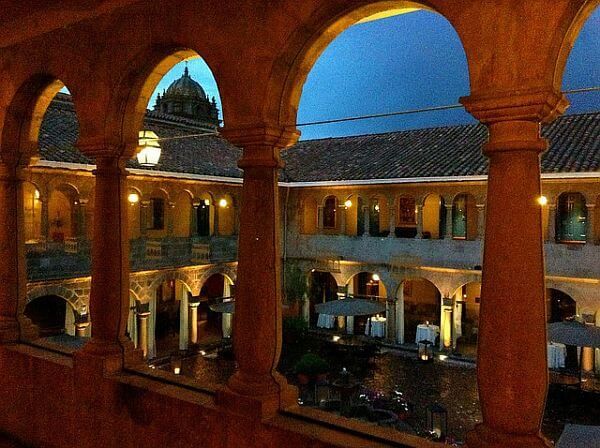 Palacio del Inka's buffet breakfast in Inti Raymi, the hotel's restaurant, is fit for a king, Spanish or otherwise, with a wide range of Peruvian and international dishes as well as a lovely a la carte menu. To best appreciate the fairy tale–esque architecture, ask for a table on the sun–drenched 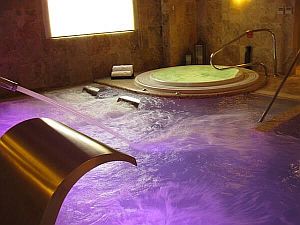 portico facing toward the courtyard. The same space is transformed by candlelight each evening, the perfect opportunity to sample from the list of rather adventurous Andean–inspired dishes (alpaca medallions, anyone?) or classic ceviches.

Downstairs, the Palacio del Inka's spacious spa features relaxing water–based treatments as well as an appealing relaxation room where tiny lights overhead call to mind the starry sky above Cusco. Lest you forget, the city's plan was partly drafted around constellations observed by the Incas.

Pick up fair–trade Peruvian crafts at the boutique on the ground level. If you're still working out your Machu Picchu itinerary or planning other adventures in the region, head to the smartly staffed tour desk just inside the front door. If the high altitude has you feeling a little shaky, help yourself to a soothing cup of té de coca (tea made from the coca leaf) and relax on an antique loveseat in the pleasingly museum–like lobby. 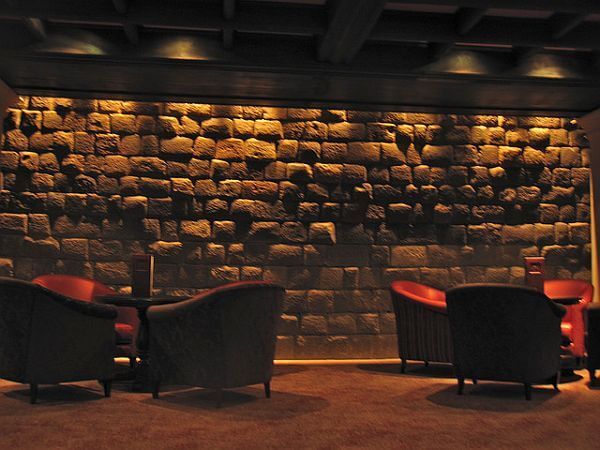 The old Palacio del Inka looked increasingly tired and listless compared to its luxury hotel competitors in town. After its stylized facelift, it is now competing at Cusco's top–tier level.