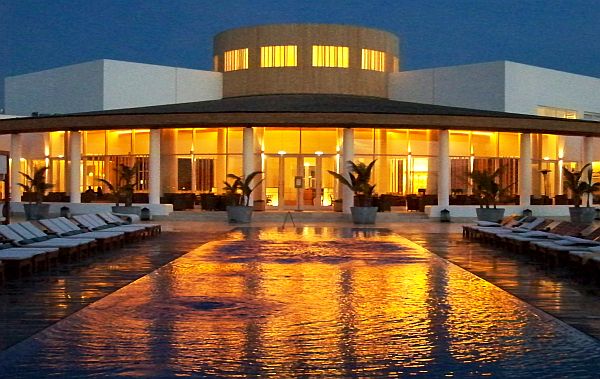 Peru has never really had a major oceanfront destination, even though it has more than 1500 miles of coastline. There’s Mancora in the north, but it is hard to get to. There’s Asia, just south of Lima, but there aren’t any good hotels and it is geared towards Limeños. Paracas, three hours south of Lima where large resorts started opening in 2009, is the first real attempt. The Libertador Hotel Paracas (part of Starwood's Luxury Collection) remains the best property in the area.

Each of the resorts sits within a couple of miles from each other in between the village of Paracas and the Paracas National Reserve—an important conservation area for migratory birds and sea lions. It is one of the most dramatic points of Peru’s coastal desert, in close proximity to coastal cliffs and towering sand dunes. The Libertador was built over the remains of the once famous Hotel Paracas that was severely affected in an August 2007 earthquake that devastated the nearby town of Pisco. Architect Bernardo Fort–Brescia, whose credits include the Four Seasons Dubai and Canyon Ranch Miami, designed the 121–room property made up of two–level white buildings. 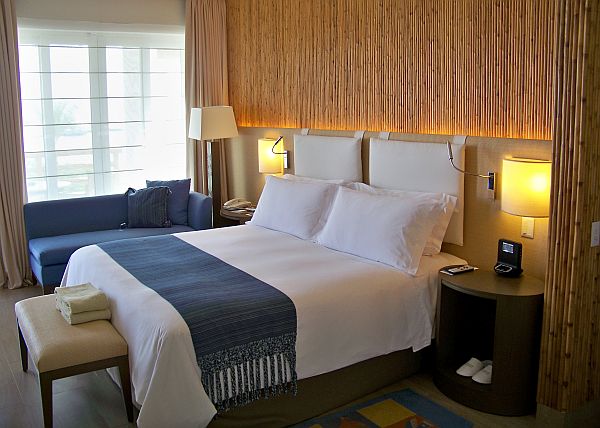 Standard rooms, either ocean or garden facing, each have patios or balconies depending on the level. There are the Luxury Collection amenities like 37” LCD TVs and iPod docking stations, but some of the more interesting features are unique to the hotel, like walls covered in bamboo and a glass shower that sits open to the main room 7#40;or can be hidden via a sliding door). Balcony Suites add a large sofa that can sleep up to two children, while the Solarium Suites have two balconies, a living room, and separate bedroom. The top rooms are the Plunge Pool Suites that add a private dipping pool on the terrace with lounge chairs and an outdoor grill.

Like the other two hotels—a Doubletree/Hilton and La Hacienda—the Libertador has a stellar pool scene, as the beach and bay are murky and better for kite surfing than bathing. One main pool, with hydro massage jets, is lined with chaise longues and daybeds, while the other pool is more inclined towards families and children. Both are heated as afternoon winds can bring a chill. 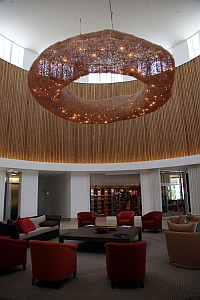 The centerpiece of the resort is a circular building whose ceiling and roof are completely covered in bamboo. The building holds the Ballestas Restaurant (Peruvian-Mediterranean), La Trattoria (Italian), a bar, and a sitting area. Across from this building towards the dock is another bar and lounge where occasionally DJ’s will spin music in the evenings. Other bonuses include a Kid’s club with video games, a full spa, a business center with free Internet (it’s $10 per day in the room), a gym, salon, 24–hour room service, plus meeting rooms and a conference facility.

The resort sells premium versions of the half-day trips to some of the more interesting attractions in the region. Speedboats and yachts leave right from the hotel’s private dock for trips to the Islas Ballestas and cruises around the bay. They offer flyover trips over the Nazca Lines and to Tambo Colorado, a 15th century Inca architectural complex made of adobe brick. With the Brescia group that owns the Libertador chain also owning the Viñas de Oro Pisco distillery, Pisco tasting trips at the distillery are also offered. 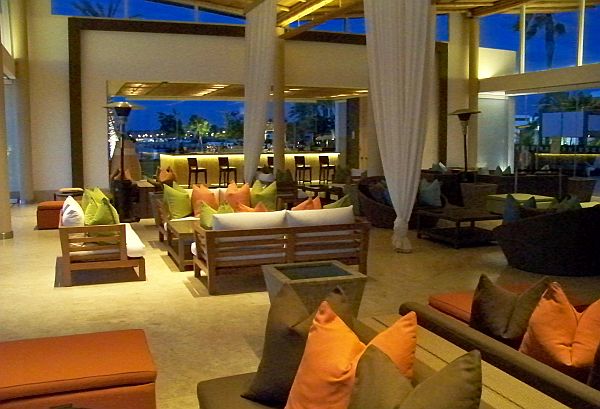 Being only three hours from Lima, where most international travelers make a stop before heading off to Cusco, Machu Picchu, and other destinations in the south of the country, Paracas and the Ica region has always been an attractive destination for travelers with a little bit of extra time in Peru to explore the coast. However, the Libertador Paracas provides a pampered rest and relaxation aspect that was previously non–existent in the region.

Review and photos by Nicholas Gill and photos/updates by Timothy Scott.